White Men Can’t Jerk is described as the master plan of three likely lads with big smiles and huge hearts. Steve, Harry and Dave were brought together through a love of Caribbean cuisine and good parties. I first met Steve, on the Appleton Rum Tour, where he told me about WMCJ and I was intrigued from the outset.

The trio are relatively new to the pop-up scene but are already attracting a great deal of hype on the social media feeds. They produce high quality food that demonstrates their love of all things Caribbean with a twist, bringing you bold flavour combos and feel good vibes. Think Curried Mutton Shepherd’s Pie with a sweet potato mash topping, moreish Red Stripe poached Fried Chicken Wings or their signature Jerk Chicken cooked on their custom made  smoking grill, Tallulah. Other dishes in their arsenal, more suited to the veggies is their Jerk Halloumi with Aubergine and Tobago Casserole. 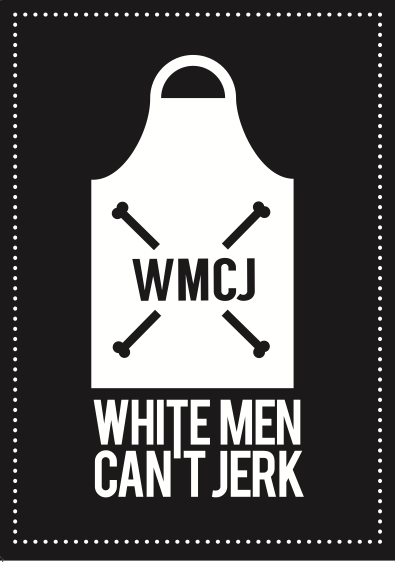 When I sampled WMCJ just a couple of weeks ago, it was during a special night dedicated to their popular chicken wings called The Wing Ting Spectacular, being held at The Victoria pub in Mile End. 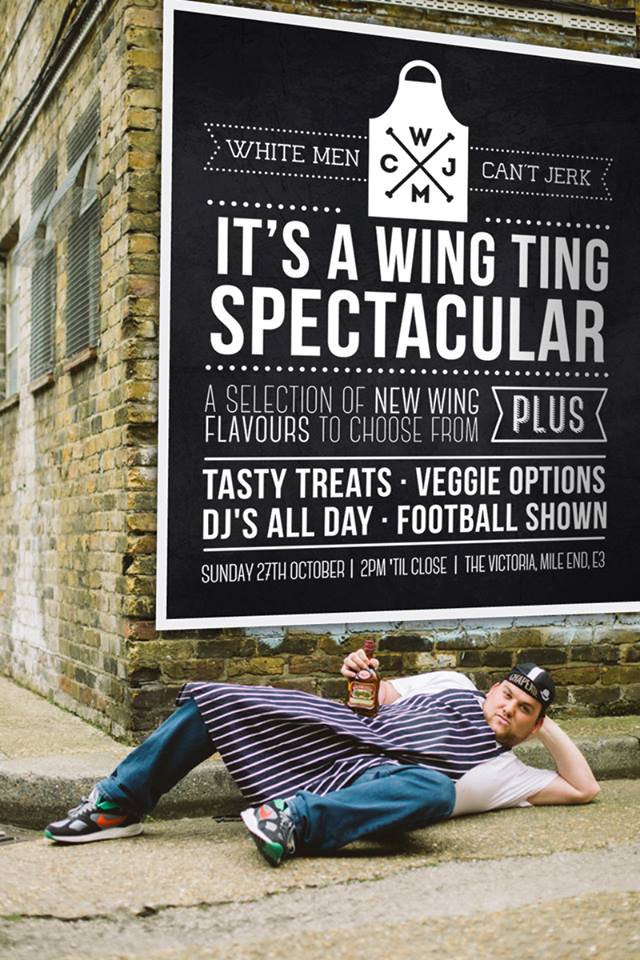 The menu made for a very intriguing read with four different types of wings on offer. Their was something for everyone with Red Stripe coated wings, WMCJ Signature Jerk Wings, the inferno infused Too Hawt To Handle option and lastly the Cocktail Time, also known as the Pina Colada inspired wings. These were marinated in Pineapple, Coconut, Scotch Bonnets and a splash of Appleton Estate Rum to really deliver the taste of the Caribbean. Sides came in the form of fries, corn on the cob or Jerk Halloumi. 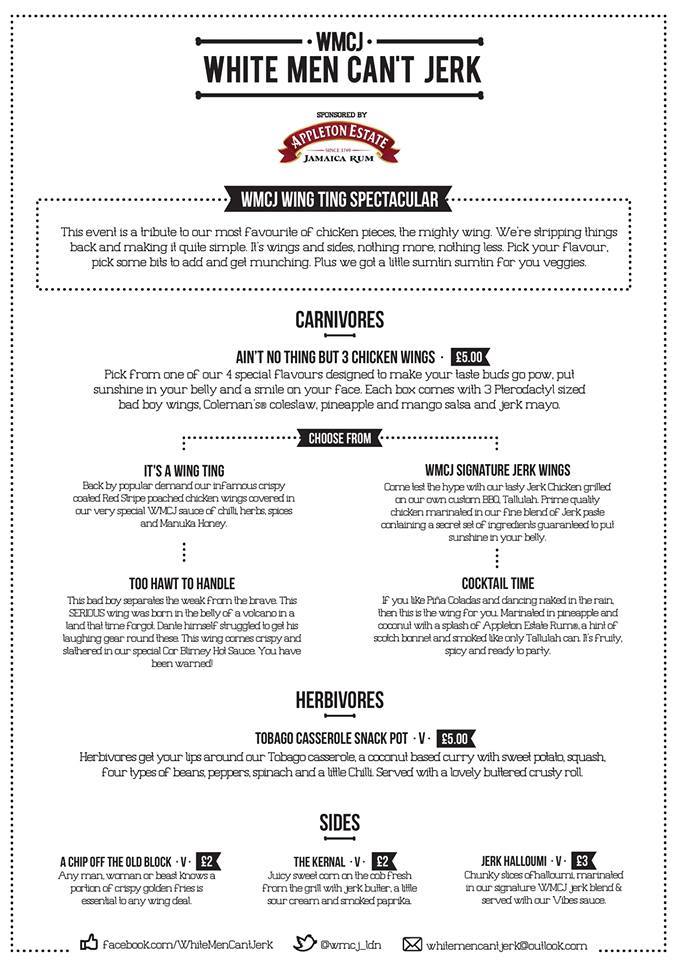 First and foremost, special mention should go to the The Victoria as this pub was a great find. I loved the vibe and design inside, one that was quite far removed from the ideas you have in your head when arriving at the door. Oozing East London, the interior is shabby chic and the WMCJ boys had definitely brought the party atmosphere!

I headed over shortly after finishing my final course of the Mauritian Sunday Lunch with Pink Pigeon so wasn’t feeling too hungry but still managed to order a set of Red Stripe wings with Pineapple & Mango Salsa, Jerk Mayo and Slaw and shared a side of Jerk Halloumi.

When the wings arrived I couldn’t get over the fact these things were absolutely ginormous! On their menu they’re described as Pterodactyl sized wings and I to be honest I think that’s pretty much bang on! The meat was incredibly succulent and surrounded by a crispy skin that was smothered in that sweet Red Stripe marinade. They were definitely some of the best wings I’ve had in London so far and by far the best for value. The Pineapple & Mango Salsa wasn’t just there to make up the numbers either. It was a truly refreshing accompaniment that I could have eaten mounds of if it was available. Tangy, sweet and cooling it worked perfectly with the chicken wings. 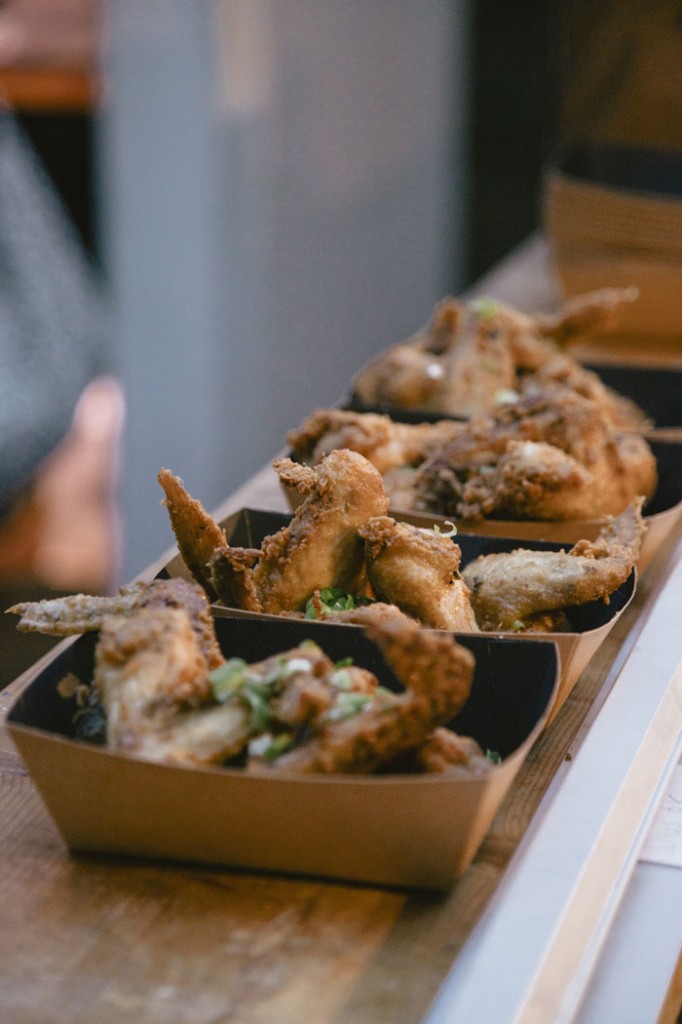 The side of Jerk Halloumi was equally as impressive too. Large chunky slices of Halloumi had been marinated in their Jerk blend and grilled to that delicious consistency that we all know and love. It was then served with a secret Vibes Sauce. This is one dish I could see myself replicating at home as it would be the perfect comfort food for the weekend with a cold can of Red Stripe. Slightly spicy and sweet it was deliciously moreish and definitely a must order dish! 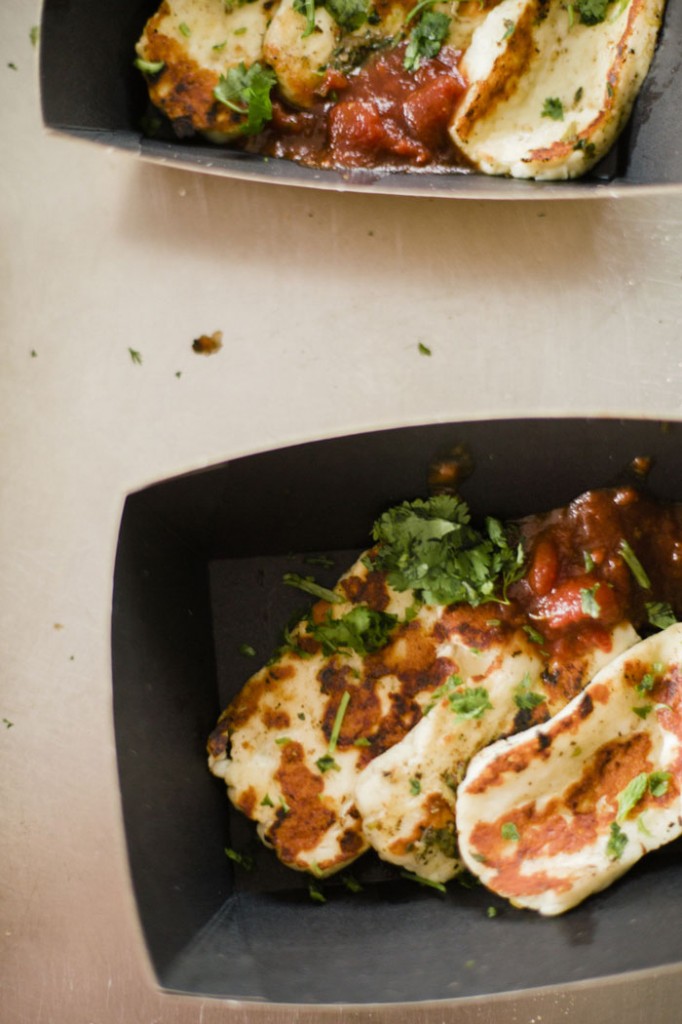 If you are lucky enough to live in East London or don’t mind a little trip to Mile End then White Men Can’t Jerk will be returning to The Victoria on the 1st of December for a party of mammoth proportions! Harry and Steve not only share a passion for rum, chicken and heavy bass they also both share their birthday in the fine month of November. So to mark this occasion they will be seeing out 2013 with a seriously good Sunday session. It’s also one to mark the end of an amazing year as they’re gonna take a rest over Xmas and come back, bigger and better in the new year.

I don’t know much more about it though as the rest they are keeping a little secret at the moment. All I know is that plan to give their food away as a thank you to all of their supporters for a great year. If people can prove they’ve liked the WMCJ page and the Appletons UK page they will get a birthday box of food and a free rum punch. They will be accepting donations, which are completely optional and only be serving for a couple hours and once it’s gone, it’s gone and then the party can really start! If you love your chicken, then you know this makes sense and I will see you there!