Are you a certified pudster with a serious sweet tooth? Then this is the place for you! Soho’s latest opening is one dedicated to the art of indulgent desserts and we absolutely love it. Here at We The Food Snobs we are proud to be pudding fans, so much so that  we’ve always dreamt of a late night takeaway pudding service. The Pudding Bar doesn’t do takeaways but it goes a long way to fill the shoes of our dreams of dessert after hours, especially after an evening in Soho! The menu is small but hits the spot. It’s made up of five delicious dishes and an English Cheese Board with a list of five beauties. 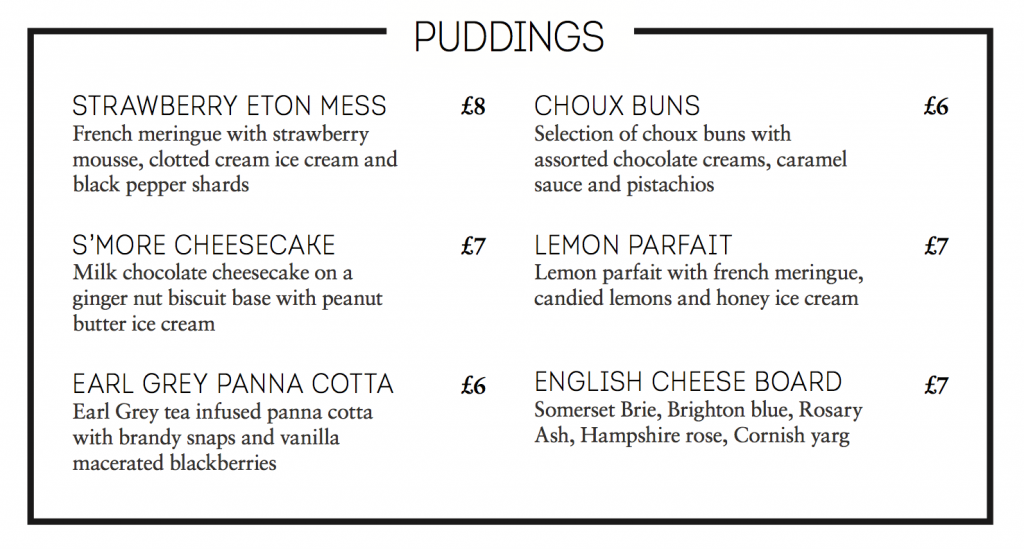 We joined The Pudding Bar the night before they opened to the public to see what they had planned for the launch. We were really quite impressed and were more than happy to help taste test their first menu before the big day and decided to go for the Panna Cotta and the Cheese Board. The former paired with a delicious sparkling cider and the latter with a fine glass of pudding wine.

When the food arrived, both combinations were met with huge smiles of satisfaction. 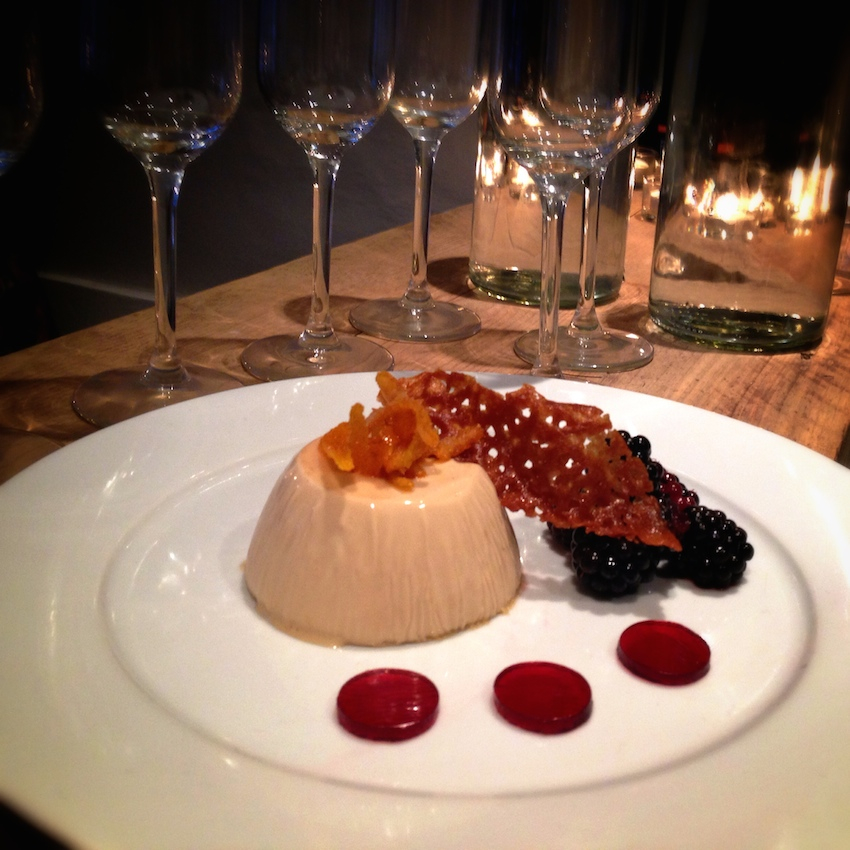 The panna cotta was exactly what I had hoped for. Extremely creamy with enough flavour from the Earl Grey but not so much that it was overpowering. The added brandy snap brought an extra texture to the dish and paired perfectly with the different ingredients on the plate. 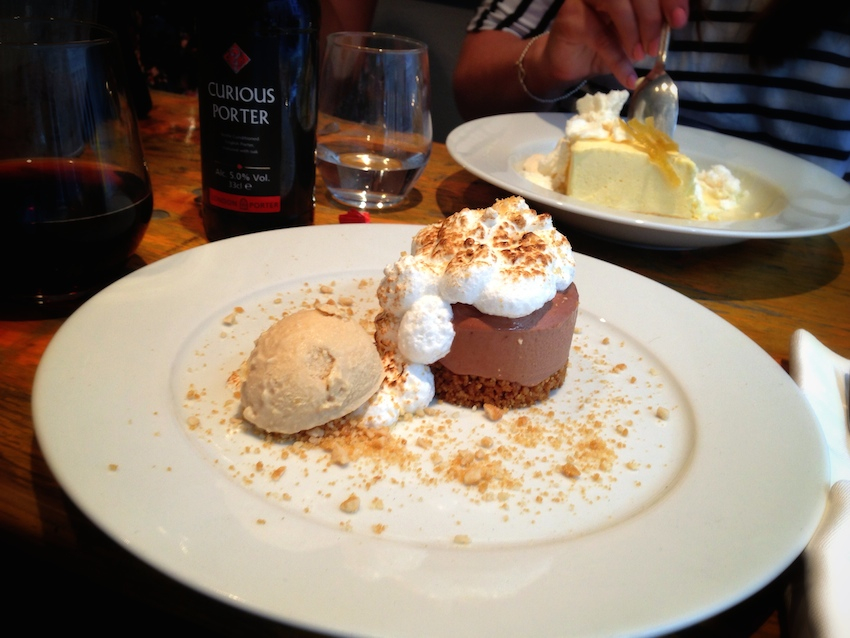 The concept is simple but executed really well and there is obviously a lot of thought and research behind the project. Sadly it is only in residency for three months, so we urge that you get down there as soon as possible, to sample The Pudding Bar for yourselves. The menu will constantly revolve, with new experimental dishes being added ever two weeks or so. It’s the perfect spot for a bit of late night indulgence, something that we are all for here at We The Food Snobs!

We will be back very shortly to try more of their creations, especially the S’More Cheesecake pictured above!

Let us know if you go and enjoy!