It should feel weird to be dancing to calypso music in London drizzle, but somehow it works.

This summer, through July and August, the National Theatre is hosting the River Stage festival, right in the heart of buzzing Southbank. There’s five free weekends of food and drink pop-ups, with amazing performances to entertain you while you slurp. 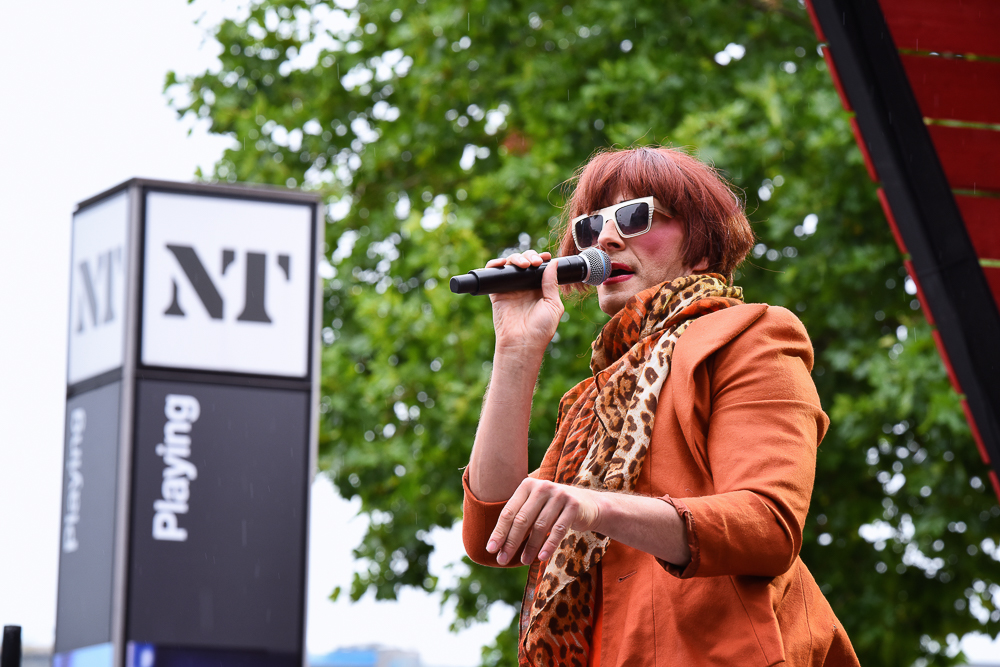 The performances have been curated by some of the most original creatives in the UK – The Glory, HOME, and WOMAD have been and gone, but you’ve still got time to catch stages hosted by Rambert (a world-renowned dance company) and the National Theatre (with a mix of live music, cinema screenings, tea dance and theatre over the bank holiday weekend). We caught WOMAD festival’s weekend, featuring world music, dance workshops and beatboxing masterclasses.

We grabbed dinner from trendy street food airstream, Brisket + Bird. Their bitesize baos are totally moreish, with a choice of slow cooked beef brisket, creamy Asian BBQ chicken, and pea and courgette fritter with kimchi – a particularly juicy highlight as veggie burgers are so often a let down. You can also opt for chicken salt fries (and why the devil wouldn’t you?) 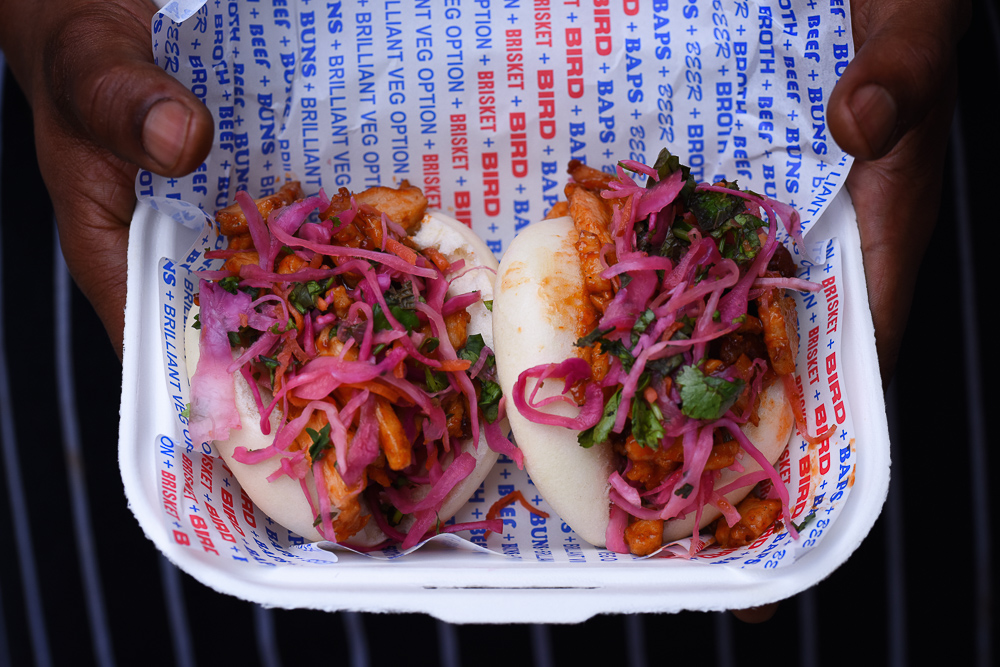 Apothecary magicked together some utterly batshit cocktails for the occasion. We had a Paradise Drive which packed a spicy punch, a fruity-rainbow Def Jam, the gloriously titled (and tasting) Raspberet, a creamy Mudd Club and the piece-de-resistance Coney Island Mermaid Parade. It looked like the drinkable version of a fish you’d win at a fair, blue liquid and crushed ice in a plastic bag with a straw poking out (and a little orange fish bobbing about inside). There was also prosecco, botanical gin mixes and some local beers for those with less experimental tastes.

As well as these pop-ups, there are four other nearby bars, and pizza and ice cream vans. Perhaps a spot of street food bingo is in order…

All the acts were curated by WOMAD festival, with some of the coolest world music on offer in London. We caught Afro Cluster, blasting impassioned lyrics over afrobeat, and Mr Benn ft. Souls Liberation and Bongosan – think The Specials via 90s hip-hop and jungle. Altogether, it had the air of a secret stage you stumble upon at 5AM at a festival – all coloured lights, amazing new bands and spontaneous dancing. Both acts were just the right vibes to entertain the mix of people taking in Southbank. There were arty types, tourists wielding cameras, cartwheeling kids, breakdancing pros and people just drawn in to move to the beat.

But the real star of the show was London itself. It’s incredible to immerse yourself in a festival atmosphere under sights like the London Eye, Big Ben, the Shard and, of course, the National Theatre. So much so, that the rain can be forgiven. 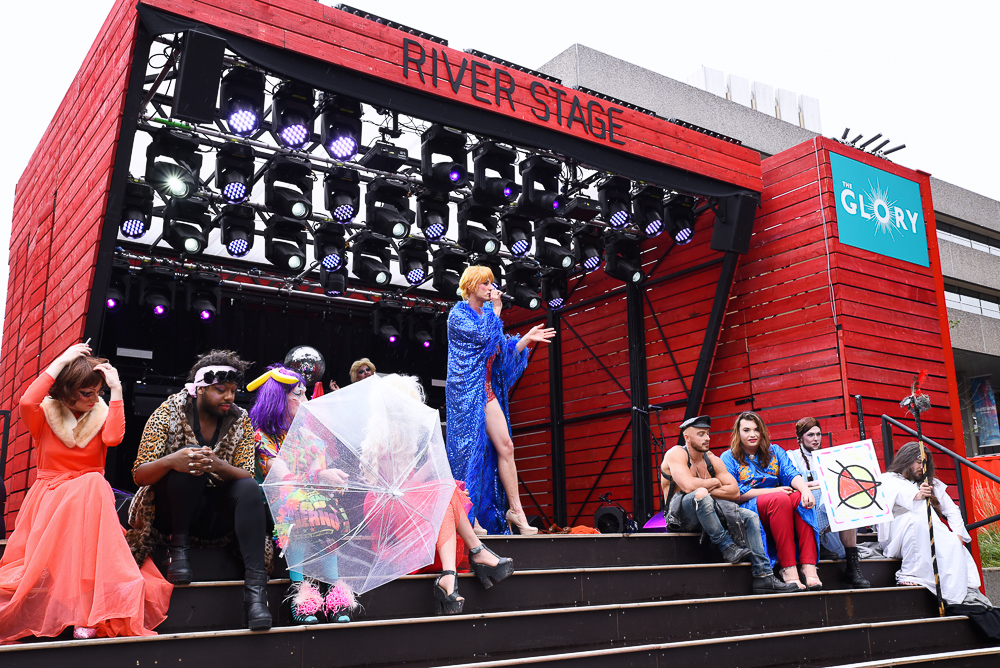 Rambert takes place at Southbank’s River Stage on the 18th-20th August. The National Theatre hosts the bank holiday weekend, from the 25th-28th August. Performances are free.