The Jim Beam Stillhouse was in town this week and I headed down for a taste of Kentucky’s finest bourbon! The pop-up distillery had been erected inside the Old Truman Brewery and what a sight it was too! 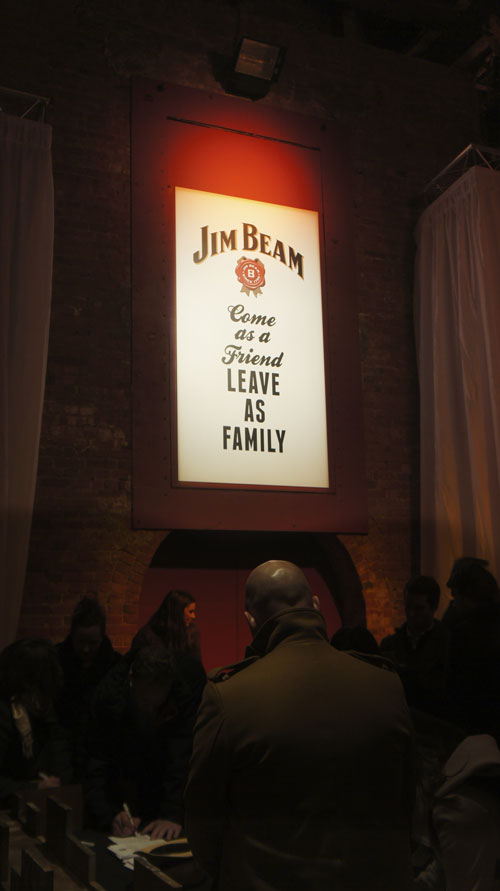 The guy’s at Jim Beam had really gone above and beyond with the design, creating a great atmosphere that really added to the experience. 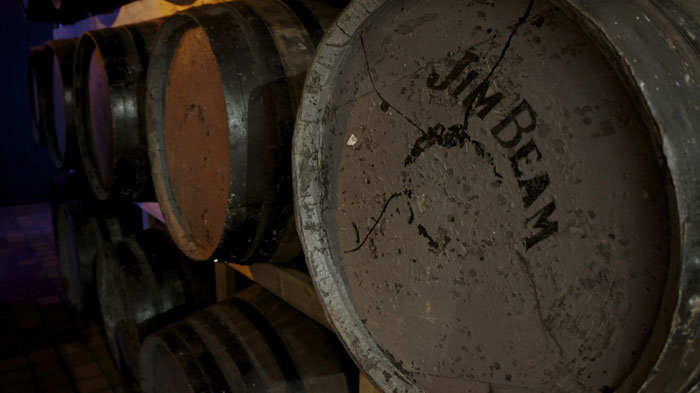 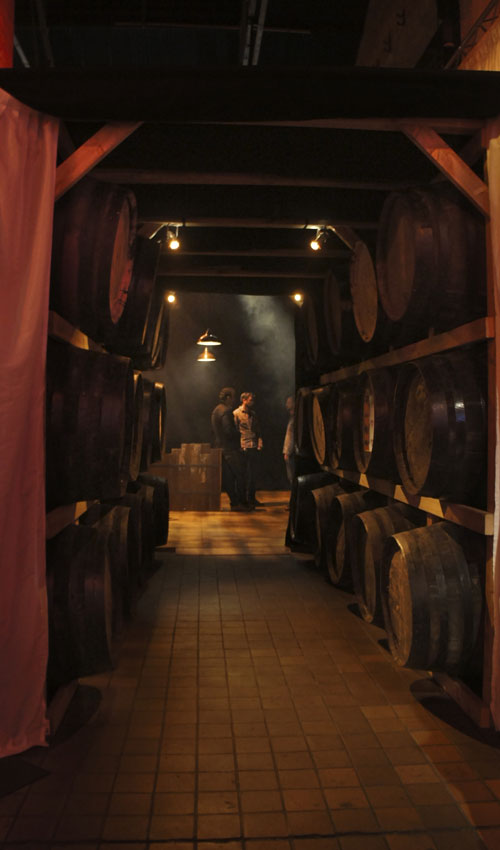 We wandered through towers of old whiskey casks to join head distiller, Fred Noe, in front of the Stillhouse. He talked us through the history of Jim Beam and the best way to drink his bourbon, The Kentucky Chew. 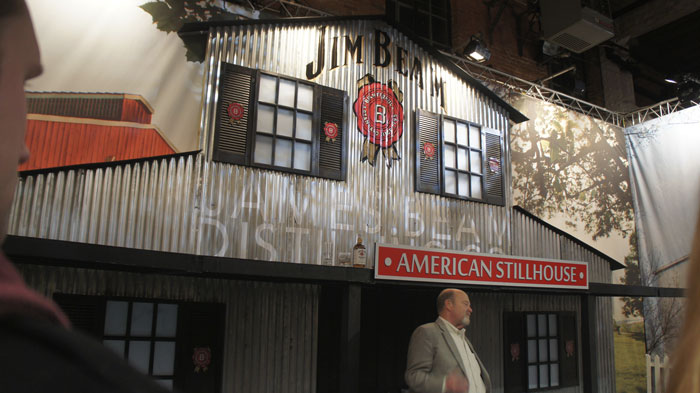 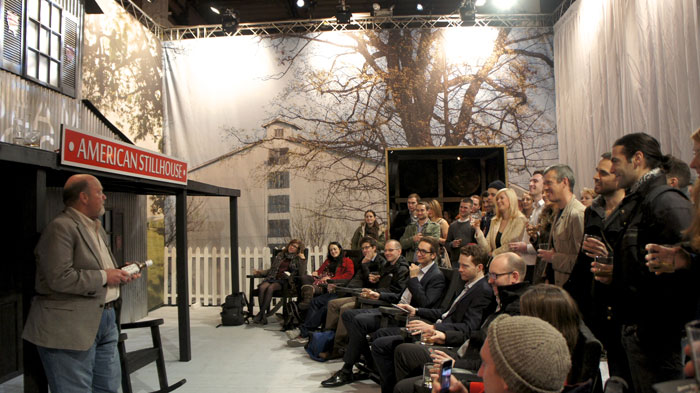 Our first drink of the night was a healthy dose of Jim Beam Original (White). 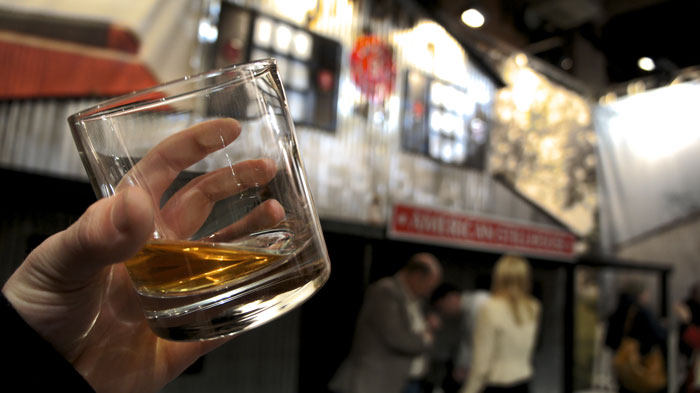 The next part of the experience was an introduction to the distilling process and how Jim Beam’s Devil’s Cut is created. Old whiskey barrels are thought to hold about 2 gallons of whiskey in the wood, so with that in mind, Fred and his team pour water back into the empty barrels and slosh it around to reclaim some of the lost whiskey. This is known as the Devil’s cut of the juice and is then blended back into their bourbon. 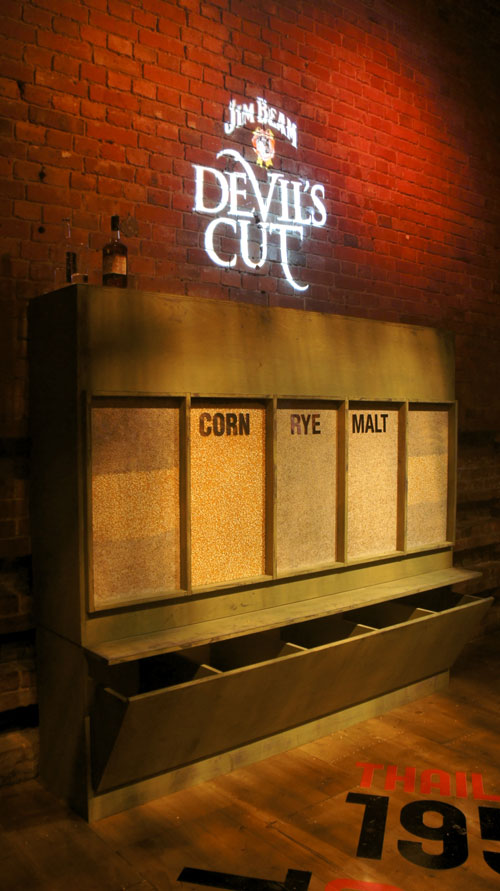 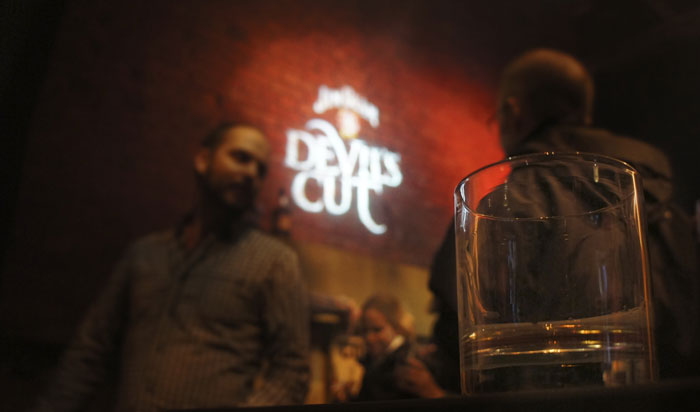 The tour culminated with free cocktails at the in-house bar. Cocktails were being created using Jim Beam’s Red Stag and also the Honey variation. 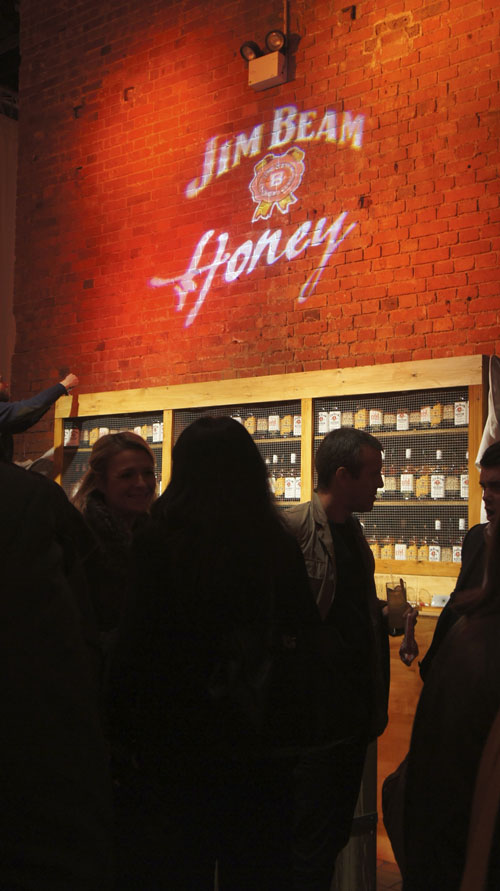 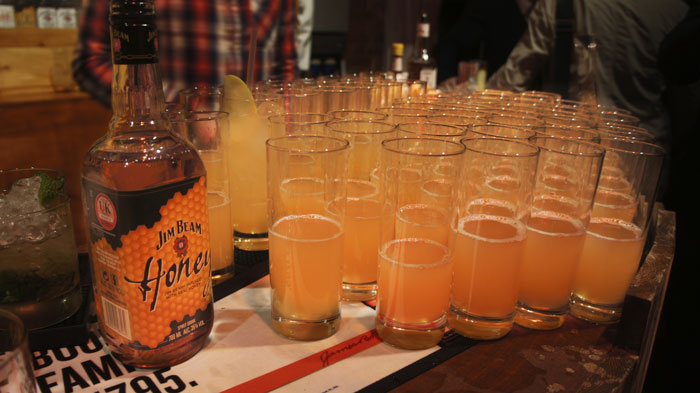 I opted for a Honey Buck. Definitely the sweet tooth’s option, created using a combination of Jim Beam Honey, Pressed Apple Juice & Ginger Ale. It was just as smooth as it sounds, with a delicious warmth from the ginger, perfect for facing the winter winds. 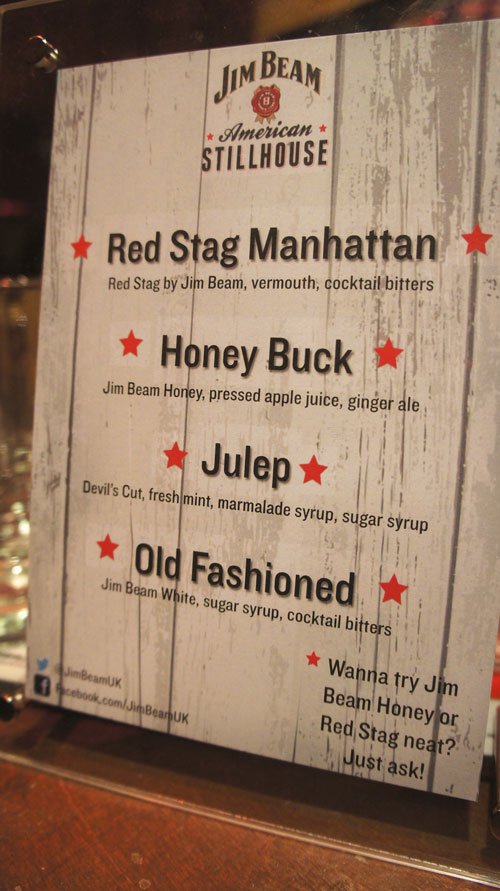 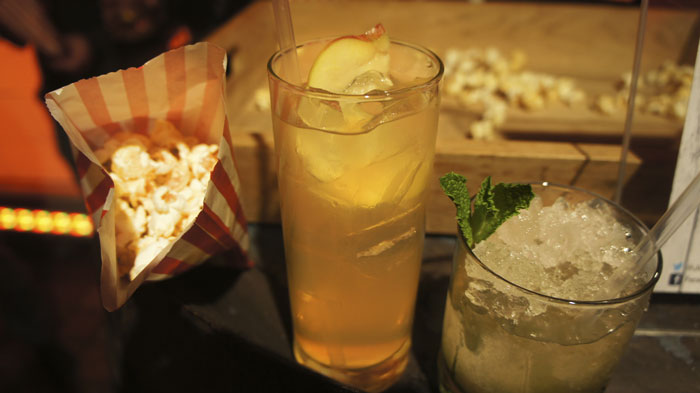 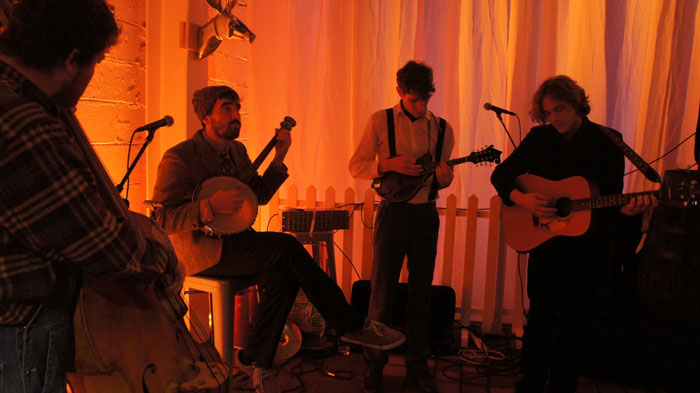 The bluegrass band played as we sipped our cocktails and when the last drop was drunk we headed to the bar for a little sample of the Red Stag served straight. I’ve always seen this advertised but never actually tried it and was pleasantly surprised with the flavour. It was pretty subtle but you could see that it would definitely work well as the base spirit for a cocktail. 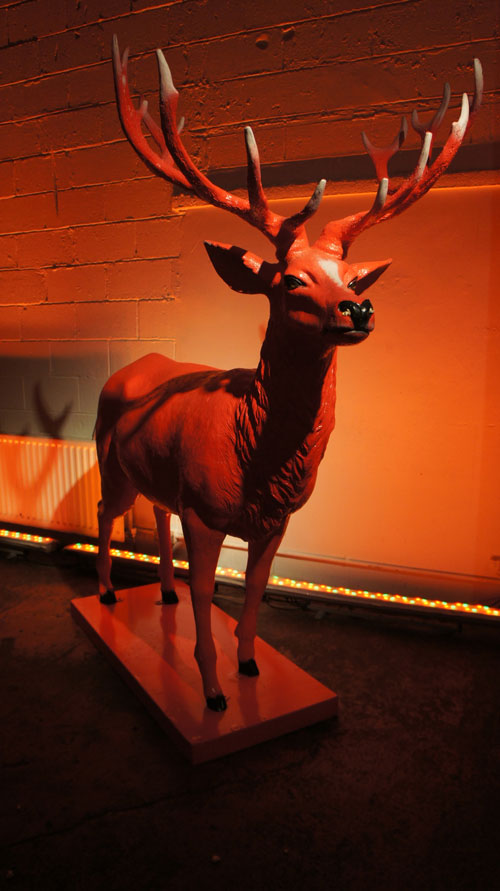 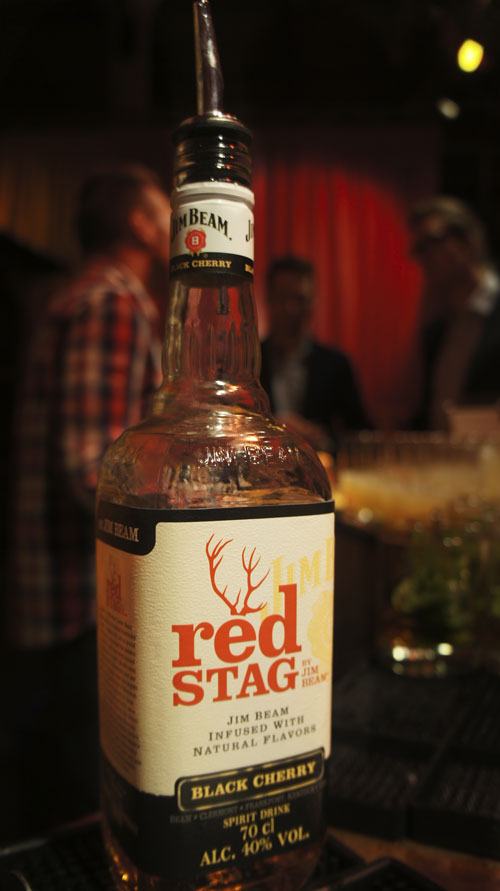 Before we left though there was one final treat in-store! Guests were invited to sign a whiskey barrel that would then be returned to the Kentucky distillery and filled with the famous bourbon, before being left to mature for four years. When they finally crack it open, the contents will be sampled by Fred and if he thinks it’s up to scratch, they will be bottling the booze and shipping it to everyone who was lucky enough to sign it! How cool is that! 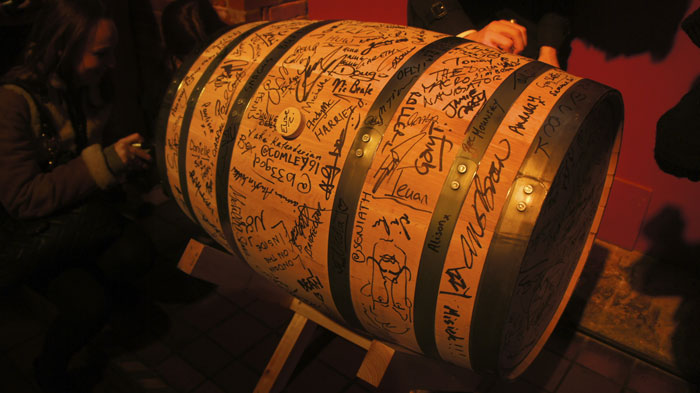 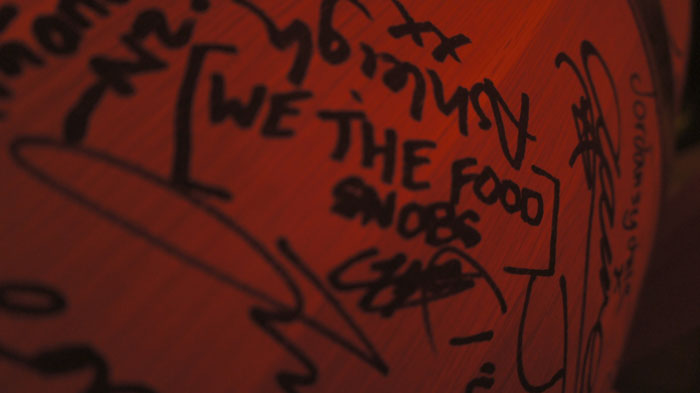 Fingers crossed the Jim Beam Stillhouse returns to London soon as this was one cool pop-up! I was lucky enough to catch a tweet from @LondONTheInside, otherwise I wouldn’t have heard about it. Head on over to their site now for more awesome events coming over the Christmas period.