As I walk down the staircase to my lesson in teppan-yaki at Ginza Onodera, I am ready to become a Teppan Master.

Or, possibly not. Despite humble beginnings, modern teppan-yaki is an intricate art form. Ginza Onodera is one of a handful of restaurants this side of Tokyo to do teppan-yaki right. So one quick class might not be quite enough to get me there – but it’s certainly going to tickle my teppan-tastebuds. 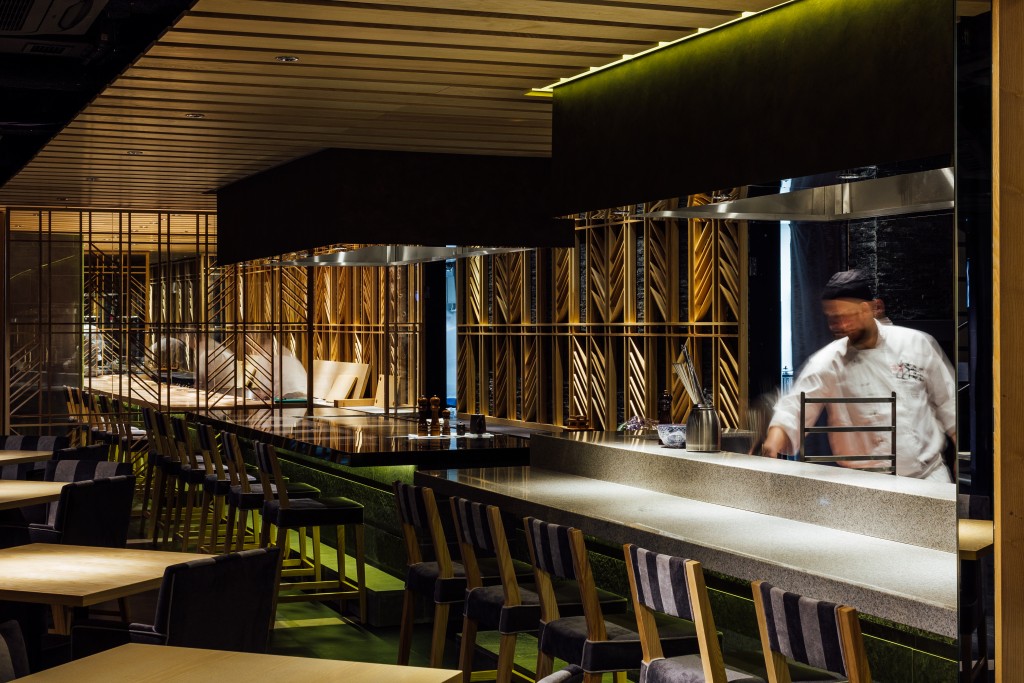 The masterclass group is lead into a private room; presumably so the sight of us crucifying a plate of Kobe beef doesn’t put off the other guests. The class starts with a glass of palate cleansing Dubl, an Italian sparkling wine. Alongside it Zensai (canapes) are served. First up, the decadent black Kanpachi carpaccio served with generous shavings of truffle. Then, the seared shime saba on a bed of boiled broccoli with ponzu jelly. The fish is so fresh that the scales gleam silver in the light, and the dried kelp on top melts on your tongue like flavoursome ash. Finally, there’s a meaty scallop kobujime with wasabi dressing and seasonal herbs. Zensai rather delightfully translates as ‘small, pretty things’, which is the perfect description.

It’s all light and delicious, but I can’t help thinking that if they expect me to make anything as intricate as this during the class, I’m going to look like a prize plonker.

Still, when Head Chef Ryosuke Kishi and Teppan Chef Marvin Gatus enter, they don’t seem like the stuff of my Kitchen Nightmares – both friendly and fun, if anyone can get me cooking up magic behind the teppan, I think it might be them.

First on the menu is Canadian lobster – with two guests gamely volunteering to help Marvin cook it. Orange and grey mottled halves of shellfish are put on the hot plate, with the claw meat and an ice cube on top, and a giant copper bell to keep all the moisture in. Juicy lobster steam fills the small room, and Marvin flicks the the pieces of lobster out in one (his new helpers are only slightly less skilled…). It’s meaty and delicious, full of flavour, with the tender brain adding a sharp note that’s a little like miso. The lobster is served with an unpasteurised sake that is light and airy.

The double measures of sake and lobster almost make me forget it’s my turn to cook. Someone pushes me forward to help make the next course – egg-fried rice. Unluckily, Marvin chooses this moment to tell me that the teppan reaches temperatures of 300°C. I begin to regret the extra glass of sake.

Marvin shows us how first, caramelising diced onions, adding rice and mushroom, then frying four eggs on top. Finally, he chops them all together, and his routines and rituals with the knives are mesmerising. A spot of soy sauce poured over from a little teapot, and the dish is ready to serve.

Initially, it’s nerve-wracking being up in front of everyone, but we soon get into it. The tapping of the knives and sizzle of the onions is calming, and the final dish is, if I say so myself, delicious. By keeping the different components chunkier and separate until the last, it elevates egg-fried rice from a side dish to something you’d happily order as a main.

Next is the legendary Kobe beef, a cow so sought after that each one has a serial number for identification. A kilo of the stuff costs £200, and it’s graded at the highest standard of marbling, which means it’s extra flavoursome. The beef is seared on each side, then sliced into healthy chunks. The rarer pieces retain their flavour, so ask for it lightly cooked. The plates are prepped with Himalayan salt, courgette, asparagus and shiitake mushroom before the sizzling beef is placed on top. Then, the chefs use what appears to be (and in fact pretty much is) a ping-pong bat covered in shark skin to break down the fresh wasabi. Instead of grating, this creams the wasabi into a guacamole consistency to go on the side – the sharp smell is like being mustard-gassed with Japanese deliciousness. It’s served with a fresh Spanish red wine to contrast the richness of the Kobe beef.

The sensory delight of being immersed in a room of sizzling food, clouds of intriguing smells and the tapping of knives makes Ginza Onodera a thrilling and unique experience. 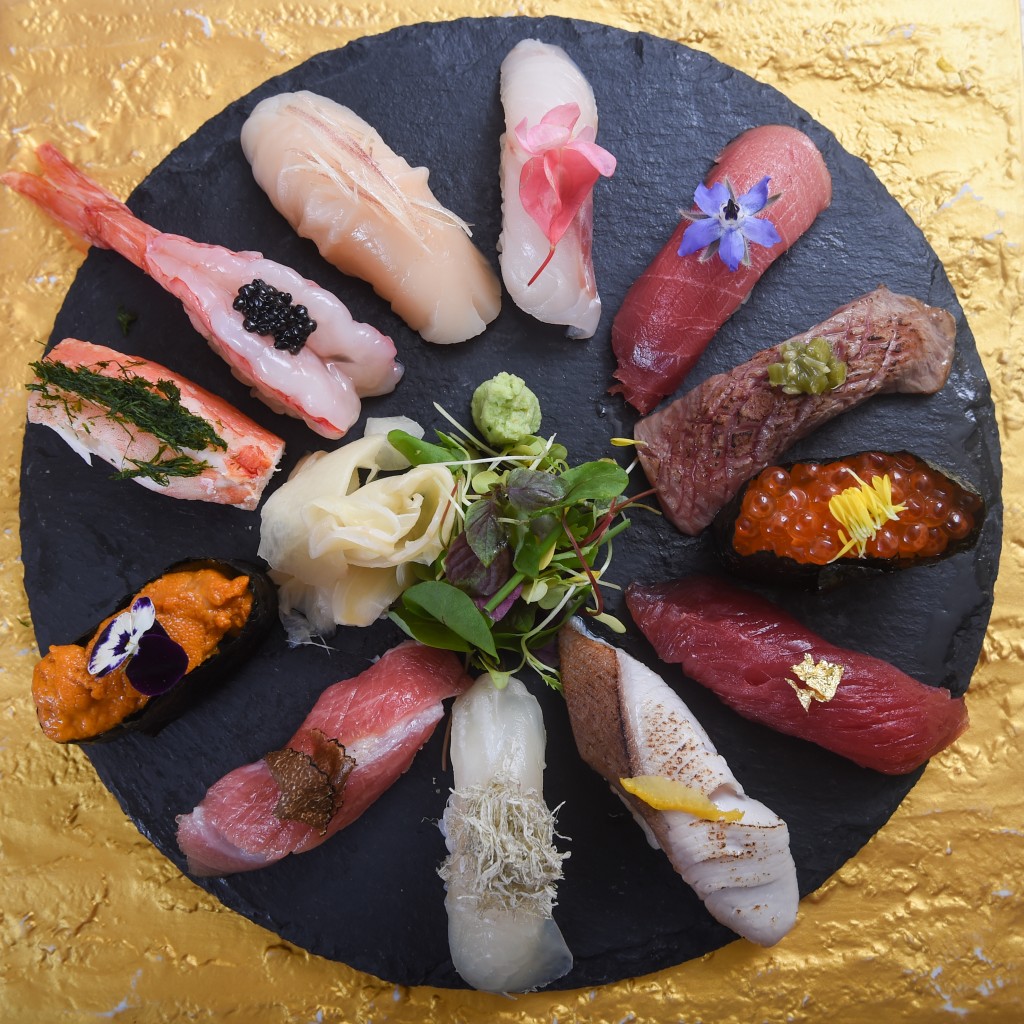 Head to Ginza Onodera for their sake dinners to taste teppan-yaki paired with premium sakes – the first of these is on the 19th of October and can be booked through their website.