This autumn to celebrate the release of the unholy cow of all cookery books, The MEATliquor Chronicles: Chapter & Verse (out now) founders of MEATliquor, Scott Collins and Yianni Papoutsis have teamed up with two of London’s most original and respected chefs and contributors to the book to design two new burgers.  From 20th October until 24th December, limited edition burgers from Bone Daddies’ Ross Shonhan and José Pizarro will be available from MEATliquor (London, Brighton and Leeds), MEATmarket and MEATmission, £1 from every burger sold will be donated to a charity of the chef’s choice. 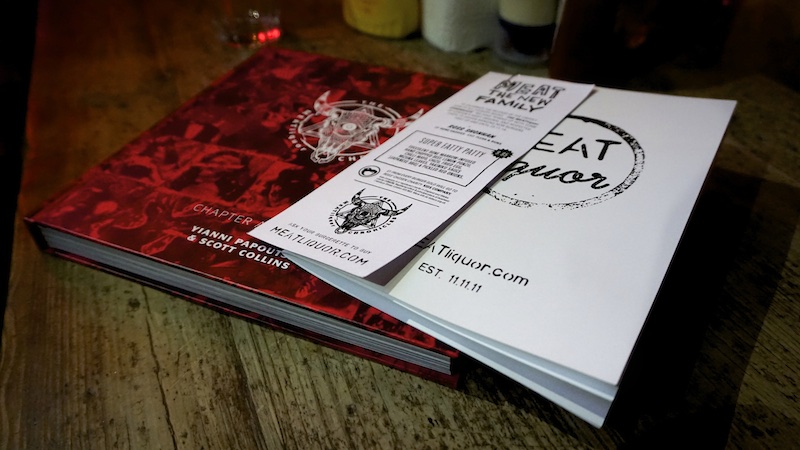 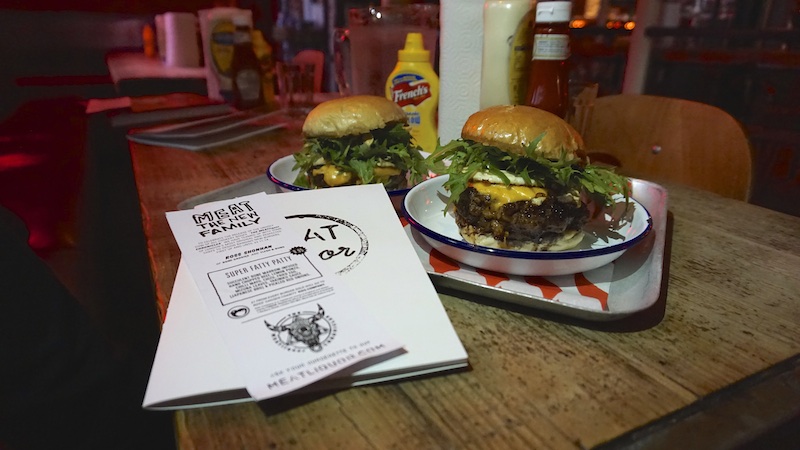 “The Japanese BBQ sauce (yakiniku) is a traditional beef sauce and the soft egg yolk is nothing short of exciting as it runs down the back of your hand begging to be licked off. The ‘Super Fatty Patty’ includes bone marrow and hand chopped beef fat because in Japan they appreciate that fat is delicious and should be savoured.” Ross Shonhan, Chef-patron of Bone Daddies and Flesh and Buns.

Chef and owner of Pizarro restaurant and José Tapas bar, José Pizarro has taken his love of simple, seasonal cooking to create José Pizarro’s Iberiburger.  Using Iberico pork and Spain’s famous Manchego cheese, this spiced pork patty with aioli is one for the Mediterranean palate.  Available from 24th November – 24th December, all proceeds will go to Action Against Hunger’s Rajasthan Cycle Challenge.

“I love MEATliquor and it’s amazing to have my burger on the menu. Using Iberico pork & manchego cheese, two of my favourite ingredients, the burger’s on the menu for the next month and for every one sold, they will donate £1 to Action Against Hunger’s Rajasthan Cycle Challenge. Go, enjoy, eat, DONATE!” José Pizarro, Chef and owner of Pizarro restaurant and José Tapas bar.

“Ross and José have been long-standing friends of ours, we’re regulars at their restaurants and are thrilled to showcase their signature dishes on our menus.  The distinctive flavours and ingredients used in the new limited-edition burgers is something we’ve never been able to do with our menu before, we hope our regulars enjoy.” said Yianni Papoutsis and Scott Collins.

All limited-edition burgers will be available from MEATliquor London, Brighton and Leeds, MEATmarket in Covent Garden and MEATmission in Hoxton