“If you get lost, just follow where everyone else is going”, says a woman next to us on the phone. It’s true, people are spilling out of Brixton Station, down Pope’s Road to the hub of shipping containers at its end. On this tropical summer afternoon, Pop Brixton is humming with people. 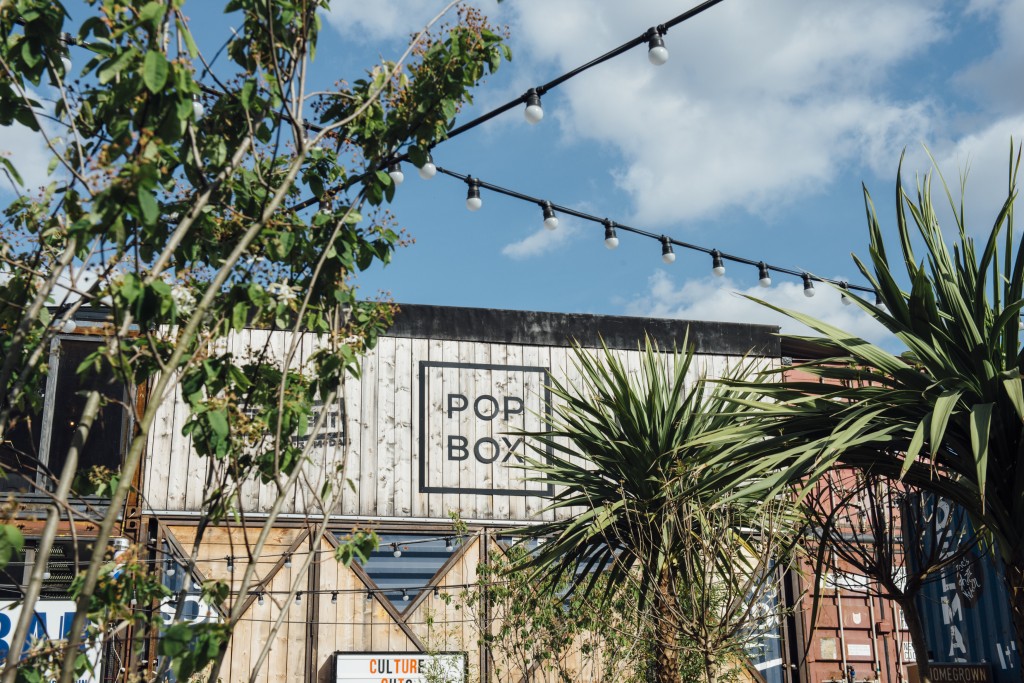 And it’s completely joyful. As you move through the large space, a plethora of delicious smells hit you, snatches of world music, colourful pom-pom decorations and flags from every corner of the world.

Pop Brixton is like a mini shanty town, with 50 fully functioning kitchens, bars, shops and businesses now working out of land that used to be disused.

With so many kitchens operating out of little spaces, you expect there to be slip-ups in the level of cooking. But each restaurant has made the wise decision to keep its menu small, offering only what they know they can cook to perfection. Pretty much any culinary desire you have can be satisfied – there’s Ghanaian jollof spiced fried chicken, bhangra burgers, springy Neapolitan pizza, garlic roasted falafel wraps and more. Terrified of missing out, we order from as many different stands as possible.

To start, perfectly seasoned and crispy calamari from Don Luigi. When we bite through the lemon-y crust straight into soft squid, it’s hard to believe we’re not sat in a legit Trattoria on the Riviera.

Next, KOI Ramen Bar’s chicken gyoza, which are pleasingly soft on one side and crispy-fried on the other. We also try a miso pork ramen, which is simple but delicious. Subtle notes in the broth come from the balanced combination of pork fat, miso, ginger and garlic. You can flavour your bowl to perfection with the Ia-yu chili oil and extra ginger topping. 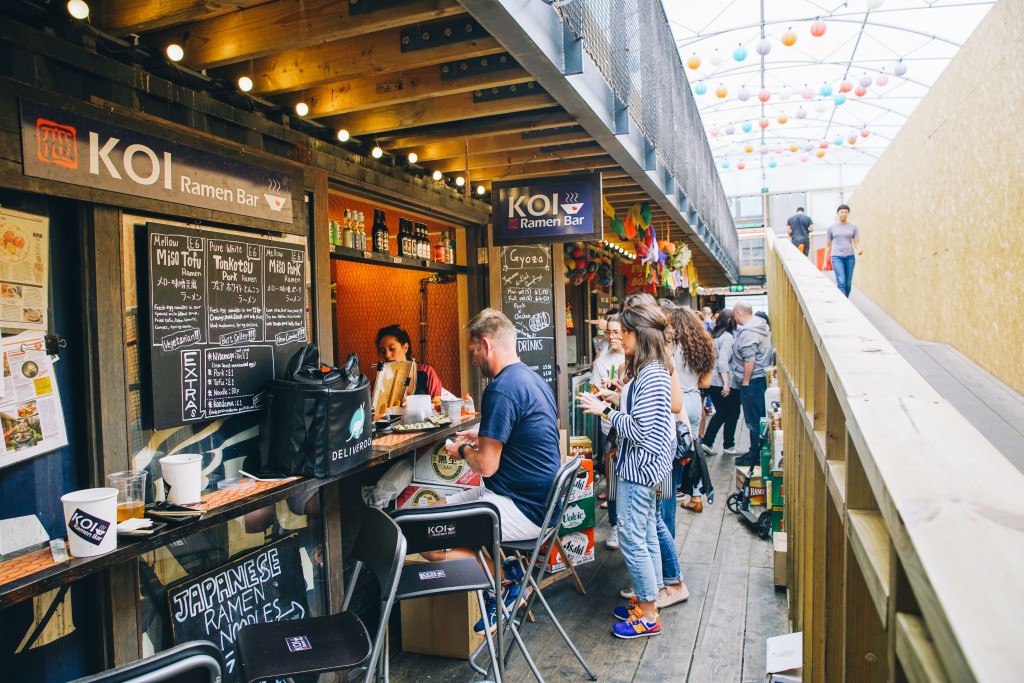 Pork patty bao buns and ceviche with codfish & pomelo (a citrus fruits somewhere between a lime and a grapefruit) from the colourful Viet Box followed. The bao are incredibly light and fluffy, stuffed full of pork and salad, with peanuts to add just the right amount of crunch. The ceviche is the perfect light summer meal, but in a big enough portion to make sure you don’t feel like you’ve ‘just’ had a salad. It’s also worth noting that Viet Box will sell you 4 beers for a tenner – unbelievable value for the centre of Brixton.

Finally, buttermilk fried chicken from The Other Side is pricier than many of the offerings, but everything you want from proper fried chicken. The coating is straight-out-the-fryer fresh and the chicken so soft and juicy it feels a little naughty.

We were (understandably) absolutely stuffed from all this feasting, but there are plenty of dessert options too – fresh donuts from Donut Round smelled painfully tempting. 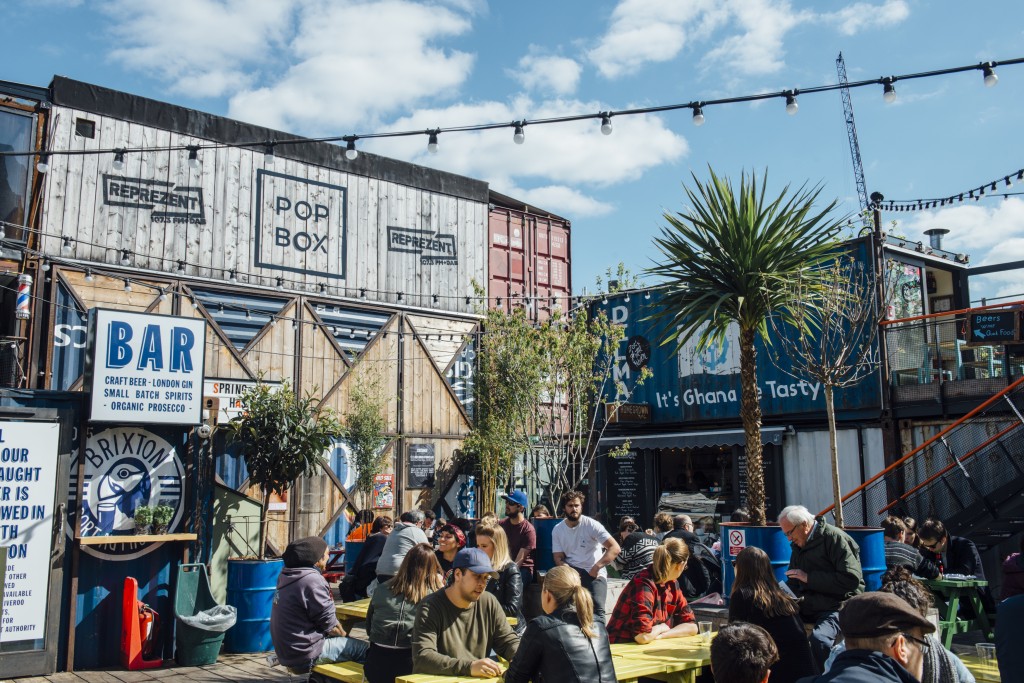 As well as being a temple of food, Pop Brixton has some really solid open air bars. We got distracted by the Vietnamese and Japanese beers on offer, but not before sinking into summer cocktails from Brixton Port Authority. The elderflower gin fizz is light enough to drink all day but strong enough to mean you probably shouldn’t…

There’s also an events space for community projects, a mini Pop ‘Farm’ that educates people about growing their own food, and a screen for summer sports. On the day that we went, the sound of tennis balls thwacking and John McEnroe putting his foot in it made everything feel all the more summery.

It’s amazing to see a space that works for the community, that is also just an outright great place to eat. Supporting a scheme that helps local businesses is so important, particularly in an area where gentrification has created a disconnect between new business and local people. If you can show support by having a pile of fried chicken and a cauldron of elderflower gin, even better.

Pop Brixton is a temporary space, with a license to be open until Autumn 2018 – get there while you can.