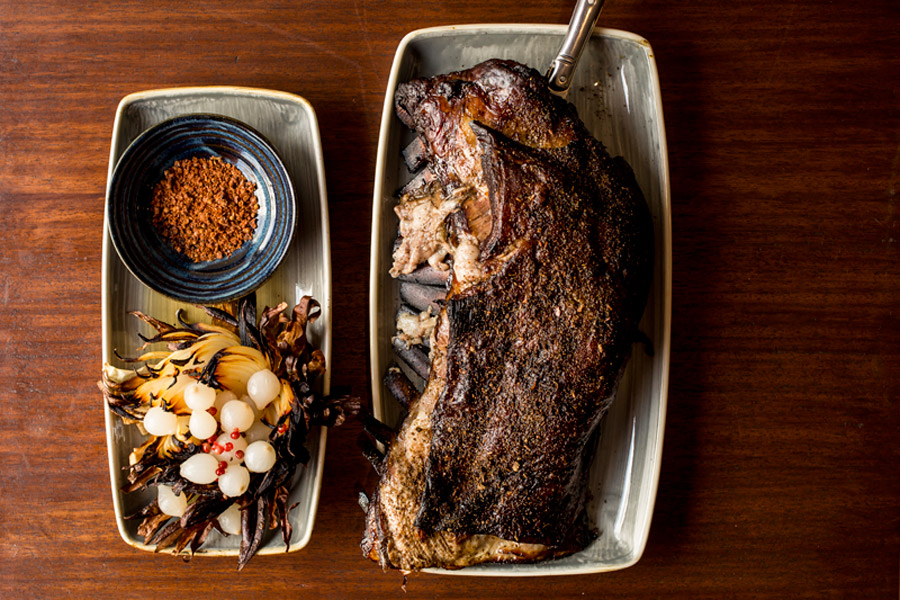 In case you hadn’t noticed, it’s May, and the whole of England has become barbecue-obsessed. For when the weather isn’t playing ball, there’s a wonderful new wave of indoor-barbecue restaurants popping up around London. Most of them are Argentine (inspired, no doubt, by Francis Mallmann, who’s become something of an “it girl” among pyrophile chefs at the moment). Hammer & Tongs, which opened a few months ago in Clerkenwell, is a bit different, instead inspired by classic South African barbecue, known as “braai”. 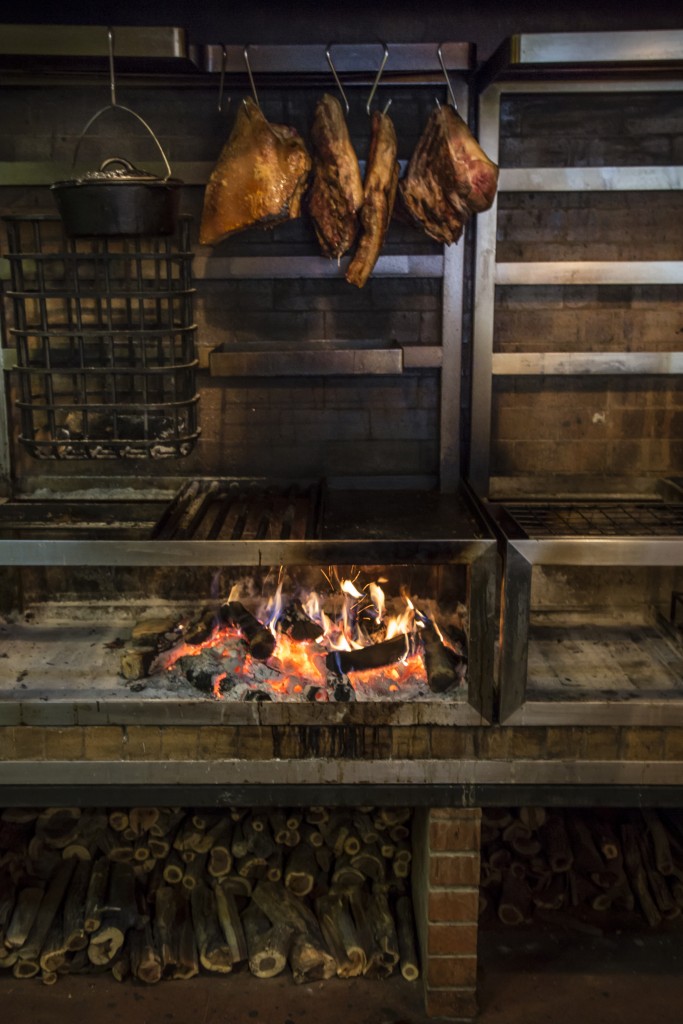 As soon as you walk in the door, the comforting smell of burning wood hits you. Instead of thinking of summery barbecues, we’re reminded of Hygge-esque wood fires. It’s not a bad thing, but be prepared to leave the restaurant with a bonfire-y whiff about your person. It’s worth wandering up to the pass to peer into the open kitchen, where you can soak up the vibes around the fire. Braai (pronounced “bry”) involves stacking flaming wood above a grill, which is gradually nudged through a grate onto a cooking surface, over which meat is hung or grilled.

Back to our table, and to the menu, we’re enticed by six-hour braai-d lamb ribs for two, but pesky logistics mean they won’t be ready for quite some time. Instead, we settle for a few bits and bobs to share. There’s spiced Dingley Dell pork belly Sosatie – a kind of South African kebab, smoky and sweet with a crispy layer of fat – and Welsh lamb chops, marinated in herbs and fermented milk, which give it a lick-your-lips tasty coating of charred flavour. Also tasty are triple-cooked chips with a smoky tinge and plenty of salt, and charred, pickled cucumbers in a tangy salad that cuts through the meat and salt well.

Downstairs is a bar area and private dining space, separated off from the main room by a wine cabinet. The restaurant prides itself on its selection of New World (mostly South African) wines, which they add to and adjust regularly. There’s also a curated cocktail list of South African-inspired creations, like the Saffa Mule, made with Rooibos tea, and the DP flip – a liquid twist on the Don Pedro, which we’re told is a classic South African dessert.

Argentine barbecue is still the fire-cooking-fashion-du-jour, but South African braai is sure to give it a run for its money. We’re into it.