As the sun was setting over Stratford, the metaphorical curtain was ready to rise on the big screen at Rooftop Film Club at Roof East. We settled into our deck chairs armed with a box of popcorn, a fleece blanket and our wireless headphones, gearing up for a screening of True Romance, or, as we like to call it, the ‘other’ Quentin Tarantino film. 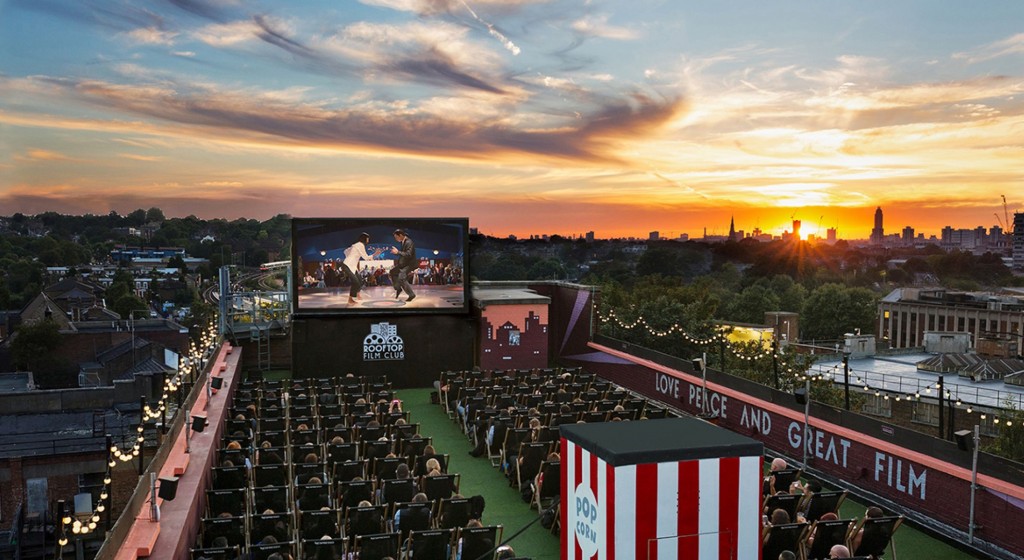 The coolest cinema concept in town has taken up residency at Roof East, as well as a number of other sky-high spaces in London (including Peckham’s Bussey Building, Kensington Roof Gardens and the Queen of Hoxton in Shoreditch). Starting from £15, tickets for screenings in the sky aren’t much more than you pay at any old central London cinema – though you can buy a ‘loveseat’ for two for £50 and enjoy a little extra bum-room as well as a top-notch view.

It’s a MUST for film-lovers this summer – have a look at the excellent selection of movies, old and new, that they’re screening here. 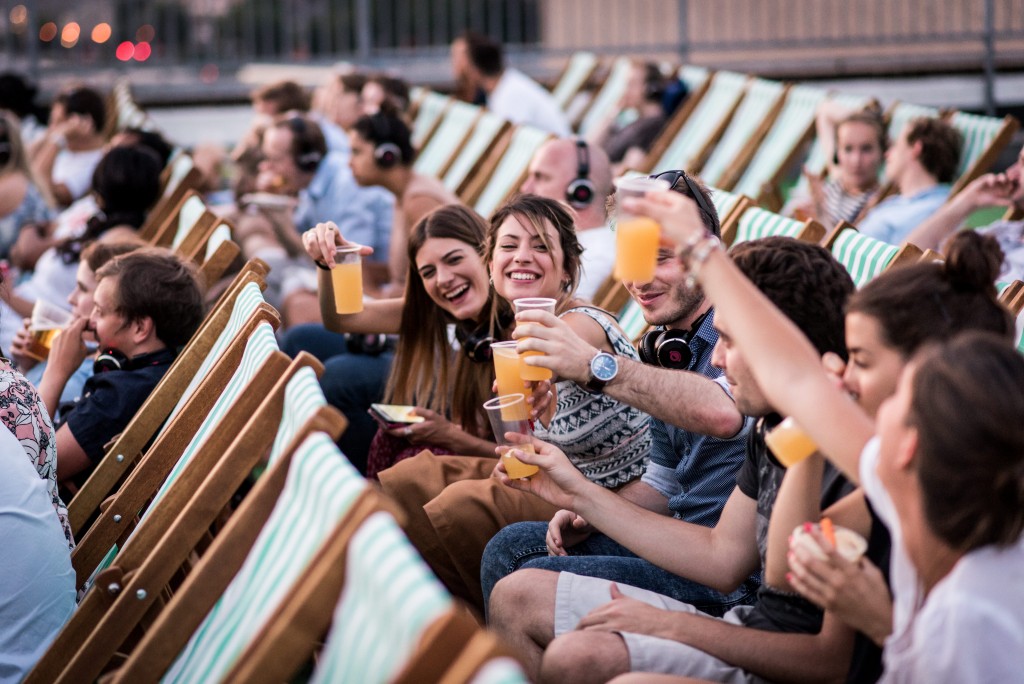