I don’t know about you guys but Tuesday mornings are some what of a highlight of my working week. This has nothing to do with the tube lines being any less busy or delayed or sweaty but for the fact that on my frantic dash across the capital, I am presented with a fresh copy of TimeOut by the ever present TimeOut guys! I love TimeOut as it gives me insight into all the crazy and cool events going on in the city that week and obviously great new restaurants to try.

Now with me being a West Country boy, I have a great passion for cider and was rather intrigued by the giant Rekorderlig bottle that graced the front of TimeOut last week. After a little investigation I found that this was an advertisement for the new summer pop-up event, Rekorderlig Midsummer House at Victoria Park. Centered around the Swedish holiday of Midsummer, obviously to tie in with the heritage of the brand, there were promises of cider cocktails, Swedish BBQ and all of Rekorderlig’s famous flavours and even a new Passionfruit cider! All this and they’d even gone to the trouble of creating an incredible Swedish hideaway, nestled down by the lake in the heart of Victoria Park! I was lucky enough to receive an invite, so I called my friend and asked him if he fancied a little taste of how they celebrate summer in Sweden and headed off to Bethnal Green. 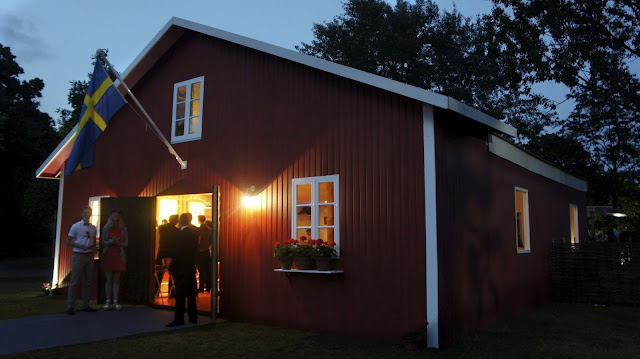 We were greeted at the door of the Midsummer House and given our passes for the evening. Straight away we were impressed, from the design to the branding, it was a slick setup and finished really well. 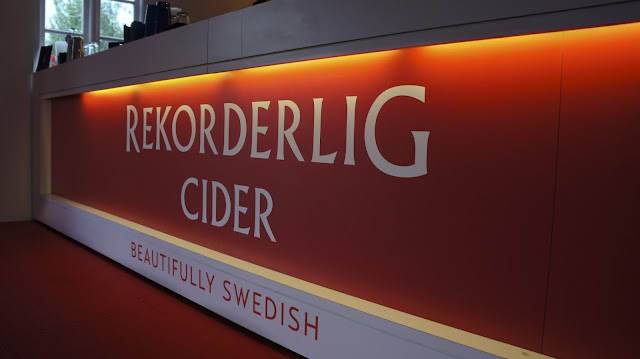 With our passes we were given two ciders, two cider cocktails and food on the house! Immediately we knew, this was going to be a good night! 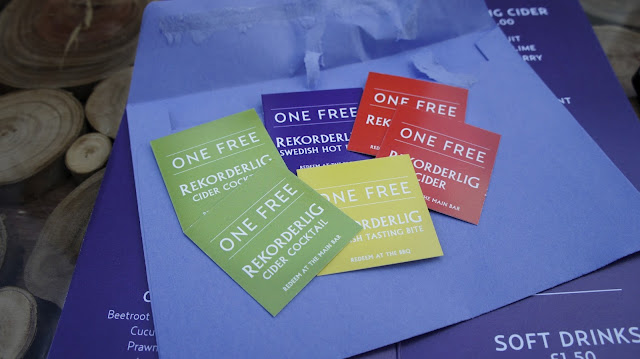 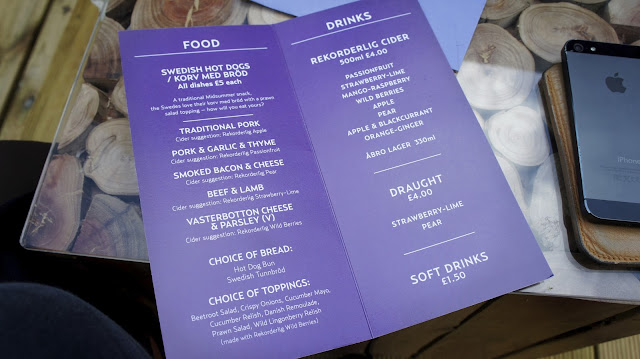 After a quick browse of what was on offer, we made our way to the bar and ordered a few ciders. I was keen to try the new Passionfruit flavour as it had only recently been introduced. 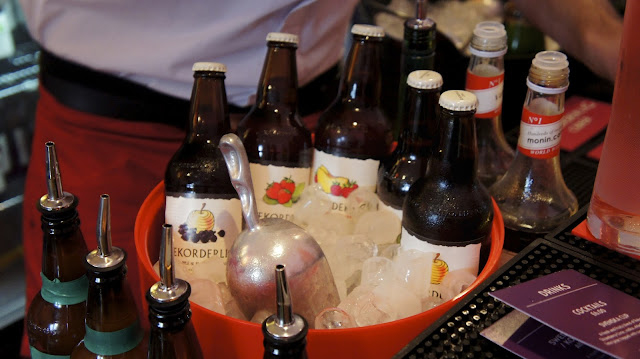 My friend Matt, opted for the Mango & Raspberry, a guaranteed winner if you ask me. 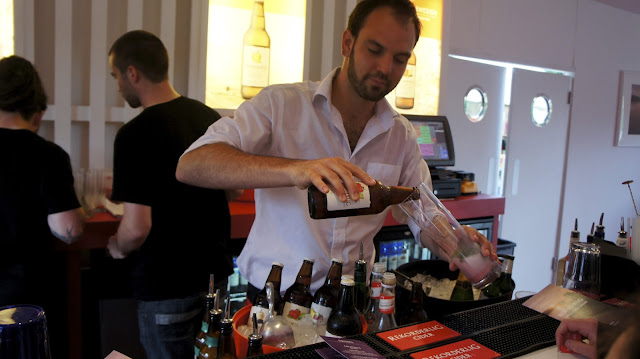 We managed to get a seat out on the deck in the evening sun overlooking the lake. The perfect environment for a chilled cider. Cheers! 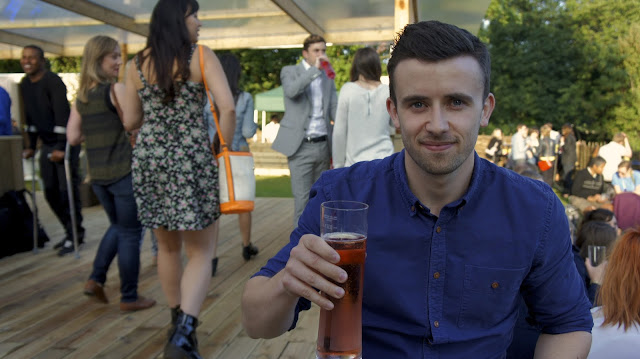 We thought we’d get in early at the grill before the crowds gathered and the dogs ran out. 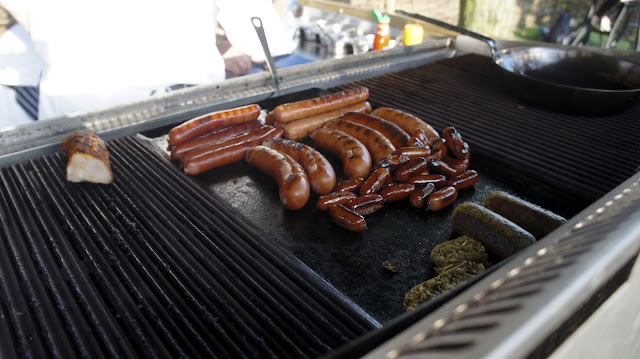 We both went for the Smoked Bacon & Cheese dog, not realising that the bacon and cheese were actaully incorporated into the frankfurter itself! I stuck with the fruity vibe and added a healthy dash of Wild Lingonberry Relish, which was deliciuously sweet and worked really well with the bacon and cheese. 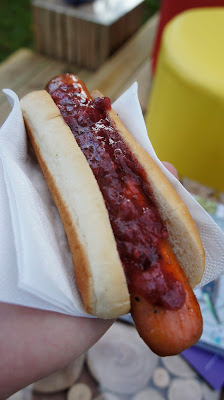 Matt kept it savoury, covering his dog in Danish Remoulade and a sprinkling of Crispy Onions. He was smiling just as wide after the first bite as I was. Thumbs up to the chefs! 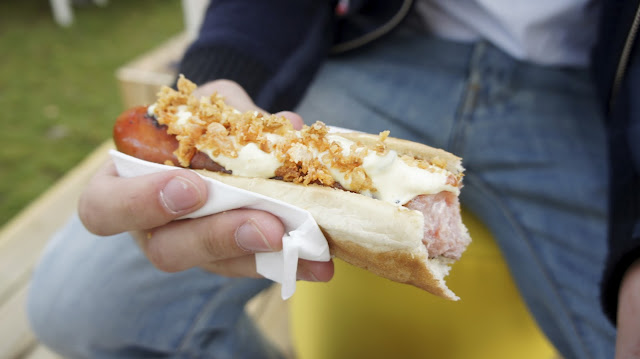 After dusting off the crumbs we headed back to the bar to pick up another cider to help wash it all down. I was tempted to go for the Passionfruit again as it was so good the first time round. Instead I went for the Orange & Ginger and Matt opted for the Wild Berries. I was pleasantly surprised that it had a decent kick of ginger and that the orange wasn’t too overpowering. It worked well but I still think the Passionfruit came out on top for me! 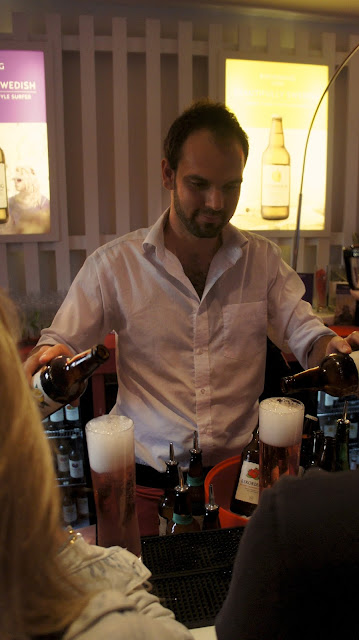 Like all Rekorderlig cider, these flew down the hatch, it’s just so easy to drink! So with the DJ turning it up a level and the light fading, we decided to turn our attentions to the cocktail menu and really get the party started.

I usually like short cocktails but the flavours in the Midsummer Martini grabbed my attention immediately and I knew I had to try it. Much to the amusement of my friend might I add, who chuckled  at the notion of me carrying a martini glass around the party. The Midsummer Martini consisted of Rekorderlig Apple-Blackcurrant shaken with vanilla gomme, gin and lemon juice and then garnished with a twist of lemon. A refreshing summer concoction to say the least! Matt chose the Stockholm Storm, an exotic combination of coconut rum, black raspberry Chambord and Rekorderlig Mango-Raspberry, served over ice. 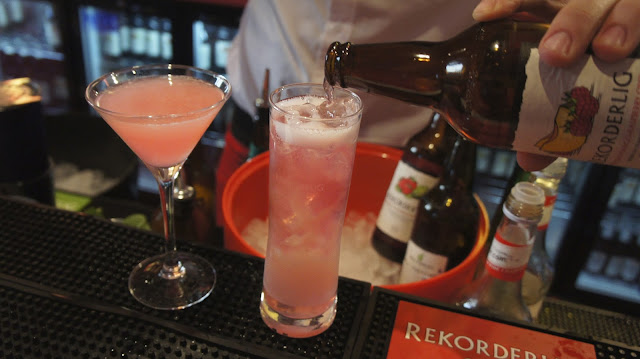 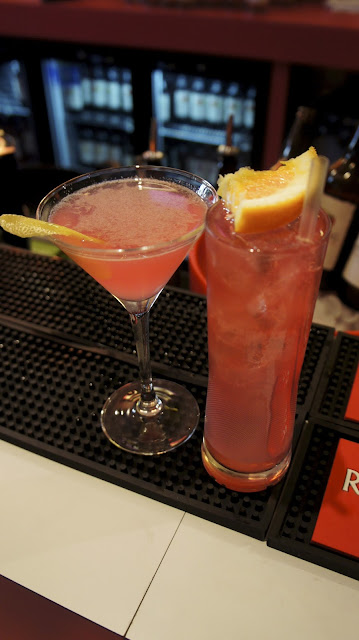 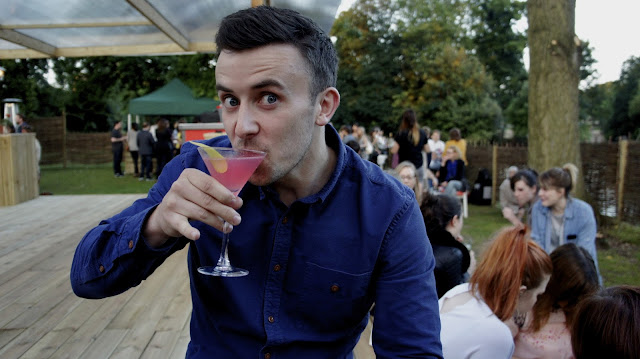 I do love a drop of gin! The Midsummer Martini was delicious but not built to last. The empty glass was soon whipped away from our table and I was left wanting more. I took it upon myself to join the crowds at the bar to get our last cocktails before setting off for home. 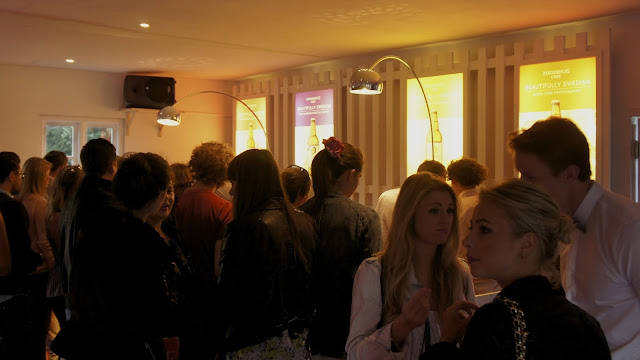 My final tipple of the night was the Svenska Cup! This little pink beauty was a fresh and fruity blend of Rekorderlig Strawberry-Lime, vodka, elderflower and fresh lime juice; topped with cucumber and mint leaves. For Matt, I ordered the Swedish House Beet, a sweet and sour mix of muddled beetroot, Courvoisier brandy, mint leaves and Rekorderlig Apple, served on the rocks. 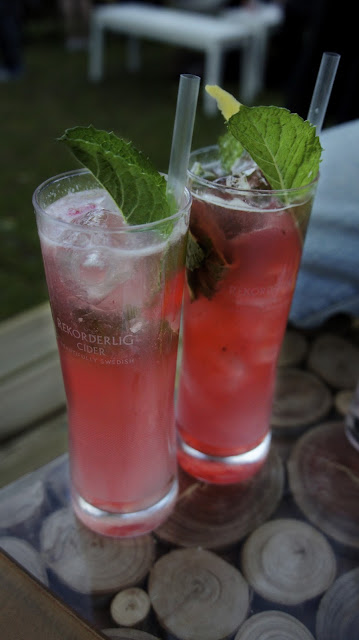 Although the Midsummer Martini was pretty impressive, I’d have to say that the Svenska Cup was my favourite drink of the night. The mix of the Strawberry-Lime Rekorderlig with elderflower and fresh lime juice created one deliciously refreshing drink and it had a good helping of vodka in it too, which helped warm the cheeks once the sun had disappeared.

It was a great event, with a chilled atmosphere, perfect for sunny summer nights. It was obvious that a huge amount of effort had gone into creating every detail of the night too. Rekorderlig Midsummer House will be carrying on the party up until the 5th of July, so hurry up and grab the few remaining tickets that are left and head on down for a cider celebration done the Swedish way!