As you will have already gathered, here at We The Food Snobs, we are always on the lookout for new restaurants and pop ups to try. This means that we don’t often spend time in the kitchen ourselves, so we have to admit that when it comes to whipping up a three course meal our list of favourite recipes to choose from is quite limited. So when we were approached with the opportunity to cook with celebrity chef Rachel Khoo, we thought what better way to try out some new dishes than to cook with the lady herself. 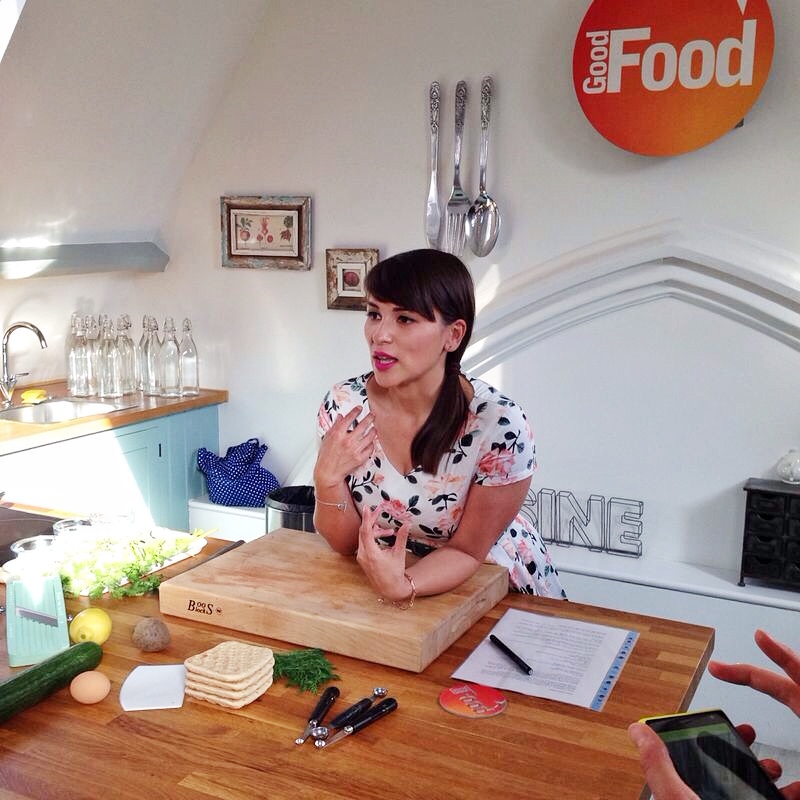 Rachel Khoo first hit our screens in 2012 with her TV series The Little Paris Kitchen, where she revealed French cooking in the 21st century, taking us from her own kitchen in Paris and introducing some of her favourite spots to eat. We were big fans of her show; she made French cooking accessible even to the most amateur of cooks, and her friendly, amiable personality was a refreshing alternative to other cookery shows dominated by the likes of Gordon Ramsey and Jamie Oliver.

Our cooking lesson with Rachel was to celebrate her new TV series’ Kitchen Notebook: London, and Cosmopolitan Cook, which are both airing on the BBC Good Food Channel. They will see Rachel taking culinary inspiration from London, as well as some of her favourite places in Europe, so we were keen to find out what recipes we’d be learning.

As we arrived at the studio, we were first of all ushered to the green room for an introduction and a glass of Prosecco with Rachel. We soon found out that the amiable, friendly persona we see on screen is exactly how Rachel is when you meet her in person.

When we arrived at the main kitchen where we were going to be spending the next few hours, everyone was pretty excited to find that we were each given our very own kitchen unit, which contained all of the ingredients and equipment we’d need; it felt a little like being on the Great British Bake Off.

The first recipe we tried our hand at was Spaetzle, an Austrian dish Rachel learnt from her mother, who was of Austrian heritage. Think light dumplings, mixed with parsley, garlic, roasted onions, and cooked with parmesan cheese and a lot of butter, with some sage and thyme added at the end for an extra burst of flavour. It was absolutely incredible, and literally melted in your mouth, and is s great example of the kinds of straightforward yet unique recipes that Rachel will be introducing on her show; I’ll certainly be rehashing it at my next dinner party.

Next, we tackled the famous Scandinavian dish Smörgåstårta; a savoury layered cake made from bread, whipped cream and horseradish, and garnished with smoked salmon, beetroot, cucumber and dill. The key to this dish was in the decoration, and though I may have gotten carried away with the melon baller, I think I did a pretty good job. 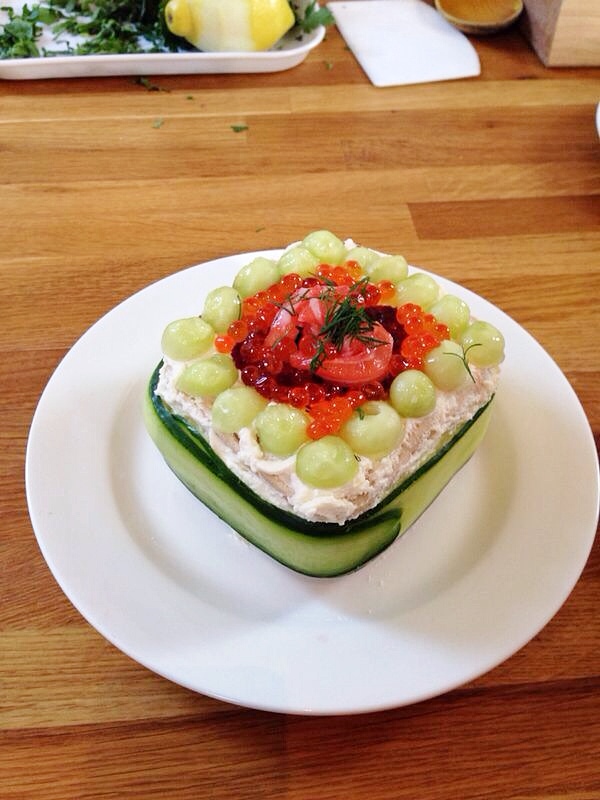