Rabot 1745 was brought to its enviable spot overlooking Southwark’s Borough Market by British chocolatier Hotel Chocolat. It is an offshoot of Boucan, Hotel Chocolat’s first restaurant opened in 2011 on the company’s very own cocoa plantation on the West Indian island of Saint Lucia.

The Rabot Estate, dating back to 1745, lends it name to Hotel Chocolat’s only London restaurant, as well as providing the cocoa beans that are infused into nearly every dish on the menu. Opened in 2013, Rabot 1745 promises “the rough-with-the-smooth charms of a Saint Lucian plantation house transported to the heart of London”. It is set over two floors with a café and shop on the ground floor along with a bar and outdoor terrace looking out on the market for diners upstairs. 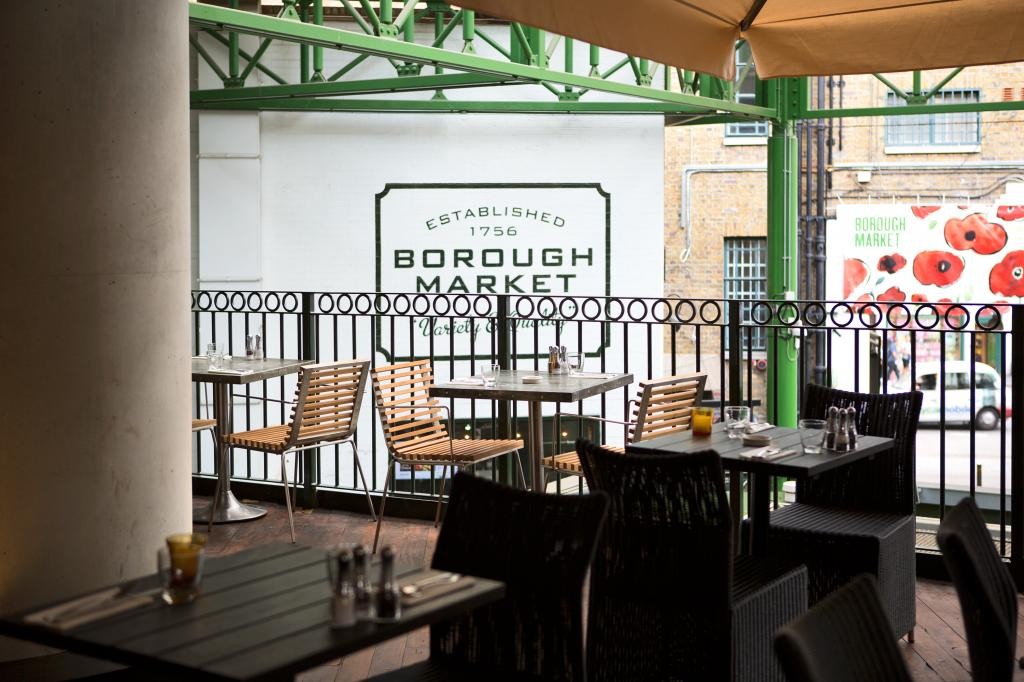 We sat down at a table on the terrace and found a menu filled with gourmet chocolate-inspired dishes, such as White Chocolate Mash and Fries with Cocoa Ketchup, Aioli and Chocolate Balsamic.

To start, we tried the Yorkshire Pudding filled with Glazed Pulled Pork, White Chocolate Mash and Cocoa Red Wine Jus, as well as the Cocoa Marinated Beef and Beetroot Carpaccio. Both were full of flavour but lacking slightly in quantity. The Yorkshire pudding was bursting with mash but only sprinkled with pork, while the carpaccio was scant to say the least. With such fine flavours on display, we would have loved to indulge fully in them.

The same complaint could not be levelled at the mains. The Chopped Rump Steak Burger with Aged Cheddar, Cocoa Braised Onions, Chips and Creole Chutney was cooked to perfection – a moist pink patty packed with steak.

There was no other way to end than with the Molten Chocolate Lava Pudding, a spongy cauldron of cocoa glory.