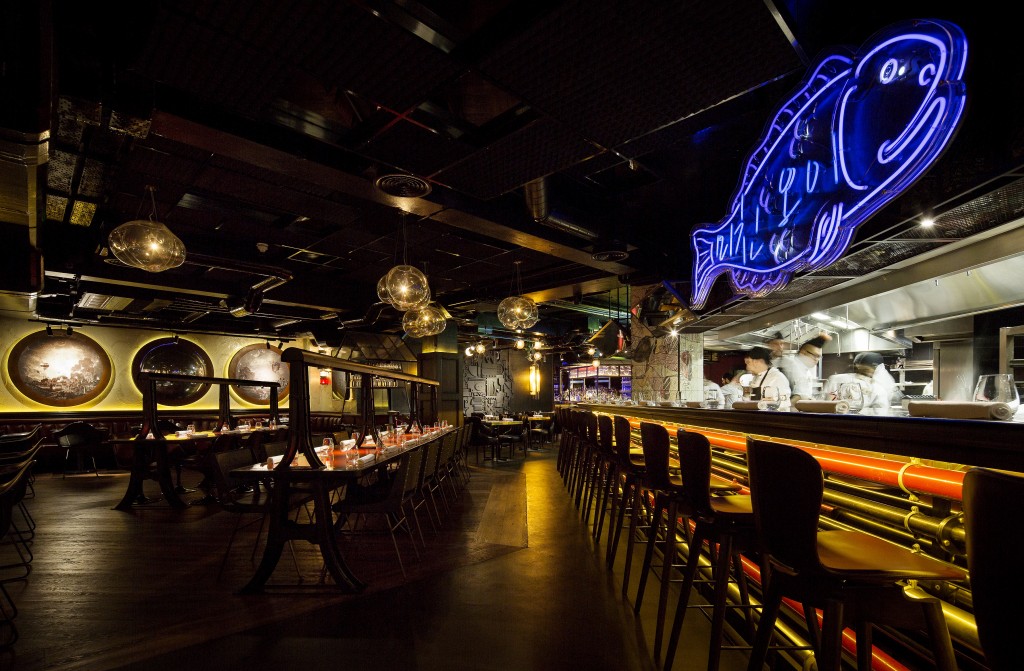 Last year, Mayfair’s dining scene got something of a shake-up in the form of StreetXO, a new restaurant created by David Muñoz, the chef behind Madrid’s only three Michelin-starred restaurant DiverXO. It’s an eatery unlike anything else the area – possibly the city, even – currently has to offer.

The best place to start with StreetXO is its name. Pronounced correctly, XO becomes ‘Show’. Street Show. Geddit? This sums up the concept – it’s a celebration of street food, displayed in as theatrical a manner as possible. And theatrical it is.

We’re greeted at the cocktail bar with a bamboozling list of mad-sounding drinks made with enigmatic ingredients. A glance along the bar stools confirms that the presentation matches the descriptions – one punter is sipping purple liquid from a glass bigger than his own head. Another is waiting for a cloud of dry ice to clear before he takes a first taste. We settle on a Dry, Sweet and Sour, enticed by the pickled vodka and popping candy. It’s unique, refreshing, really very palatable, and unexpectedly (read: mercifully) served in a simple highball glass. 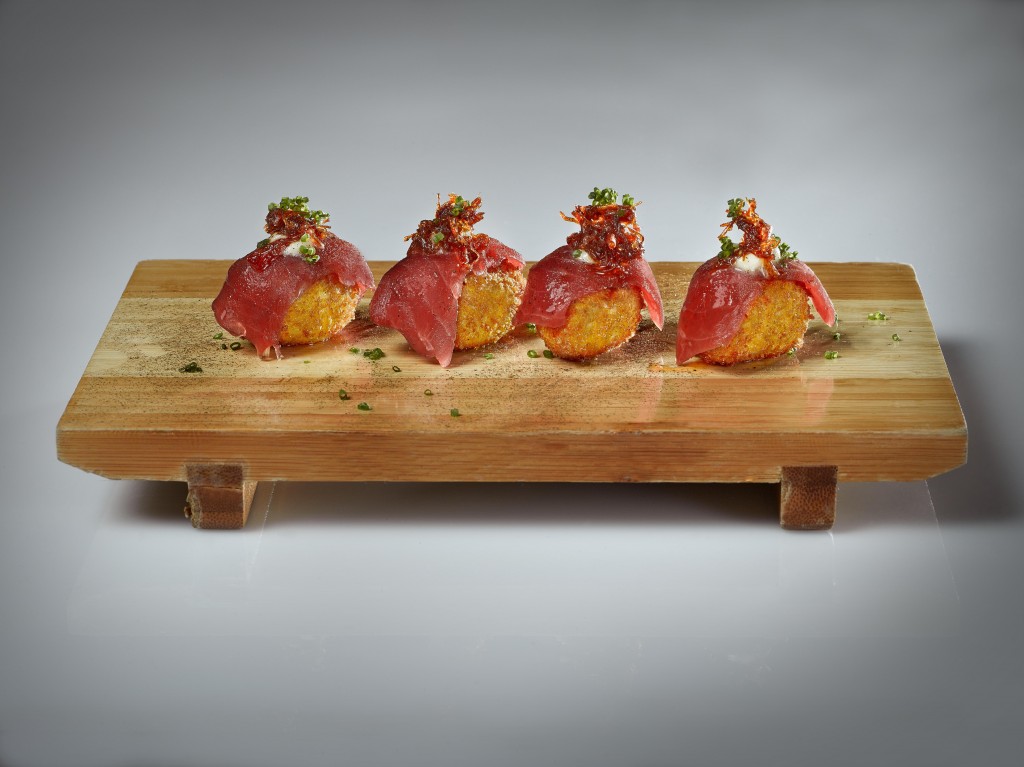 In the dining room, a large open kitchen is springing into action. This is where the ‘theatre’ element of the street food comes to life. If you can, sit at the counter overlooking the kitchen, where you can watch the chefs assemble dish after dish – every one with its own element of drama. Whether they’re searing sashimi with hot coals or splattering strawberry hoisin like a tribute to Jackson Pollock, there’s always a fresh spectacle.

Watching the straight-jacketed chefs performing (did we mention they wear straight jackets?), you might just forget why you’re here – to eat David Muñoz’s food. And what fantastic food it is. Pekinese Dumplings with crispy pigs’ ears and the aforementioned strawberry hoisin are sweet, salty and moreish. Crab, three ways, served in its own shell, is just as tasty, as is the Canton-Galicia-Mexico octopus – a single tentacle sliced into bites and served with sharp apple and spicy jalapeño mole, something resembling a prawn cracker, and fondant-like pieces of potato.

It’s seriously exciting cooking, albeit served in a slightly bonkers environment. An undeniably accomplished chef, Muñoz has been compared to Ferran Adrià, though it’s unlikely that they’re singing from the same hymn sheet in terms of concept. But this is his thing. And he is fiercely passionate about it. “He works eight days a week”, our host for the evening tells us.

As novelty dining experiences go, StreetXO is up there. The food is easily good enough to stand up on its own without all the added drama, but if you like the theatre and the odd cloud of liquid nitrogen, you’ll love it here.