At the weekend I was informed by one of my chums from home that there was a pretty cool art installation going on down in Shoreditch for the unveiling of Disney’s new film, Wreck It Ralph and that I should check it out. Everyone loves an animated film and more importantly a freebie so I did a little research, invited my friend and his girlfriend and found a great place to grab some grub close by.

More on the Wreck It Ralph feature later. Now for the important stuff, the chow!

I found Pizza East located on the ground floor at the corner of Shoreditch High Street opposite Boxpark. The inside is what I would call Industrial/Warehouse with it’s bare pillars and polished concrete and there is a bubbling atmosphere from the clientele inside. Pizza East describes their menu as featuring “traditional and rustic ingredients, with a progressive approach to gourmet pizza and a commitment to sourcing seasonal and local produce.” We were here to put that to the test!

The menu consisted of the usual sub-headings you’d find on an Italian menu but on closer inspection it was clear the ingredients had been well thought through. We decided that as the name was Pizza East we’d have to try their pizzas. 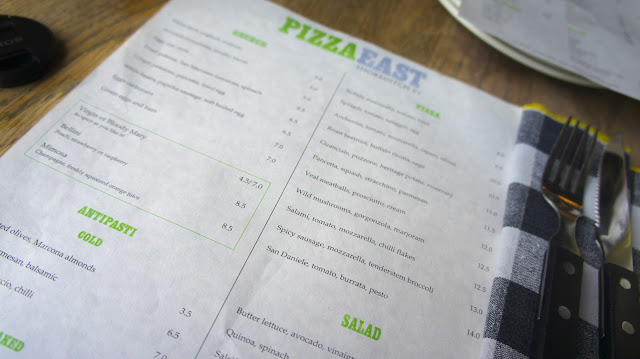 What better way to peruse the menu than with a glass of Aspall’s finest. A welcomed taste after finding out that the only cider sold near my office is blooming Strongbow! 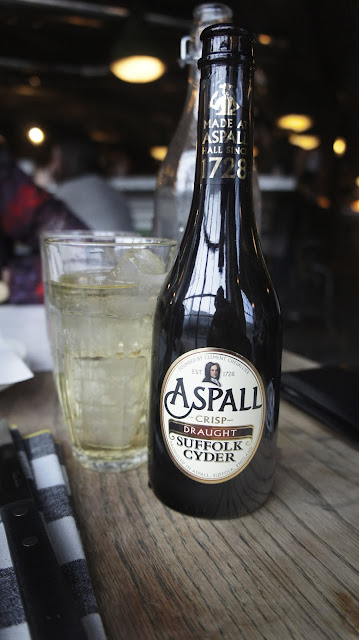 Emily ordered the Buffalo Mozzarella, Tomato and Basil, Jamie ordered the Wild Mushrooms, Gorgonzola and Marjoram and I decided on the Veal Meatballs, Prosciutto and Cream! 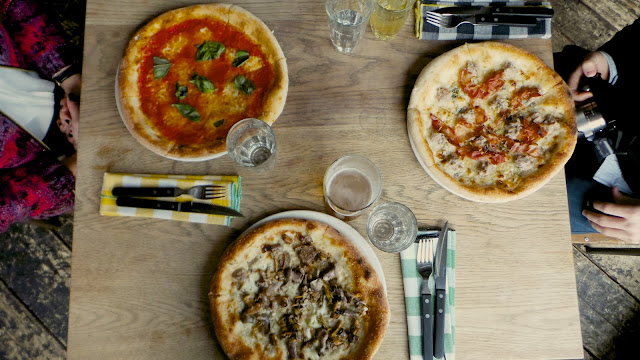 Feeling smug about my decision, no food envy visible on that face! 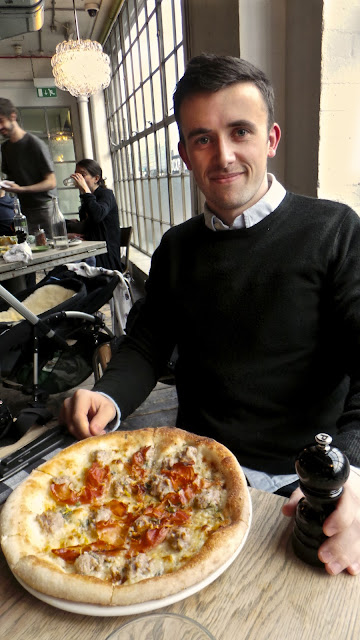 No expense spared here, the pizza is brimming with succulent meat and crispy prosciutto! This was absolutely delicious and one of the best pizzas I have had for a while. It was incredibly thin and light but was bursting with flavour, especially after sprinkling a handful of chilli flakes over it for some added heat. The prosciutto was really powerful and smokey and the veal was tender and rich. I have never had veal before, not knowingly anyway and it proved to be a really flavoursome meat. Lastly the cream worked well with the cheese and added the finishing touch to a wonderful fully formed mouthful of food. I traded slices with Jamie to try the Wild Mushroom and Gorganzola. Again the pizza was light and perfectly cooked but sadly not being the biggest mushroom fan I wasn’t as impressed. I think he was just a bit jealous that he hadn’t gone for the carnivorous option! 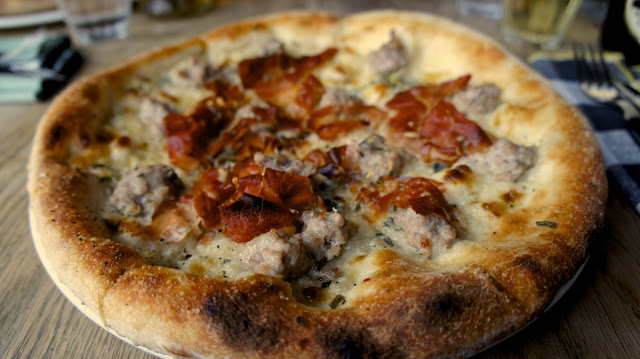 We were extremely impressed with Pizza East and I will definitely be heading back there soon. It’s got a really laid back vibe too so we found ourselves chatting away for a while until we packed up and headed for Brick Lane 8-Bit Lane (as it had been renamed) for the art installation of Wreck It Ralph!

The basic backdrop to Wreck It Ralph is that it’s a kids film but based around all the old classic 8-bit arcade games, the ones that consisted of a load of blocks on screen, none of this HD stuff we have today! Think Pac-Man, Super Mario, Paperboy etc. With that in mind the art sculptor, Aden Hynes, was commissioned by Disney to transform Brick Lane into 8-Bit Lane, located at the The Trumen Brewery. You can even explore it virtually here now 8bitlane.co.uk!

Here’s a couple of snaps I took for you all as I walked through it! 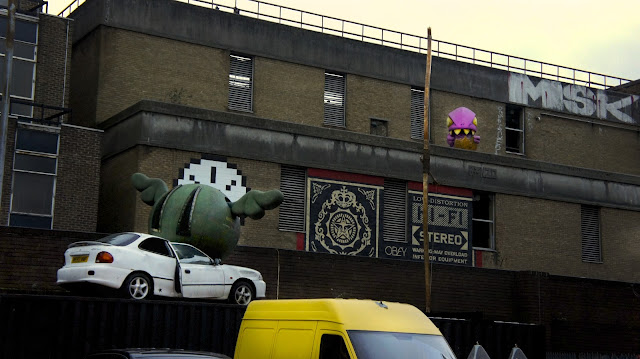 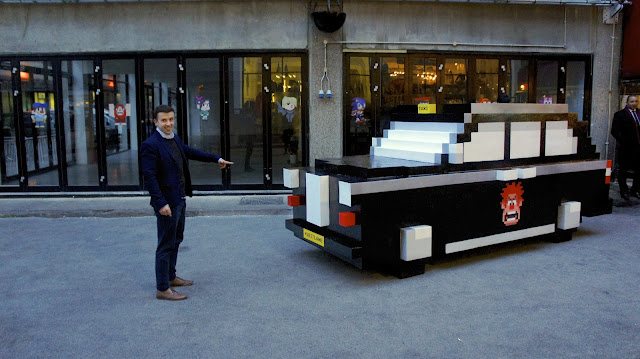 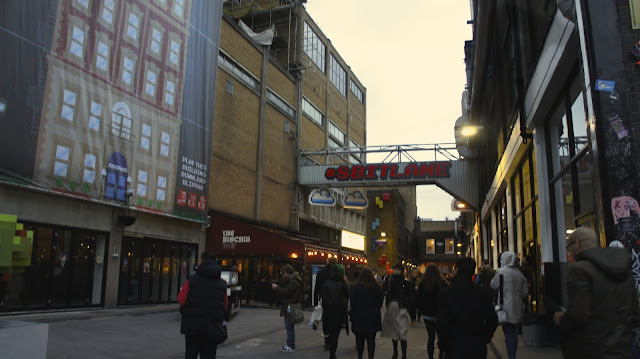 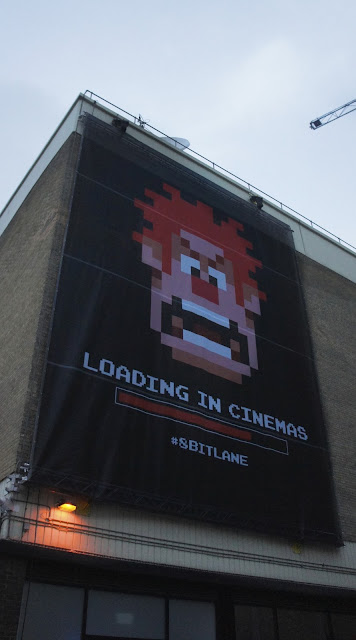 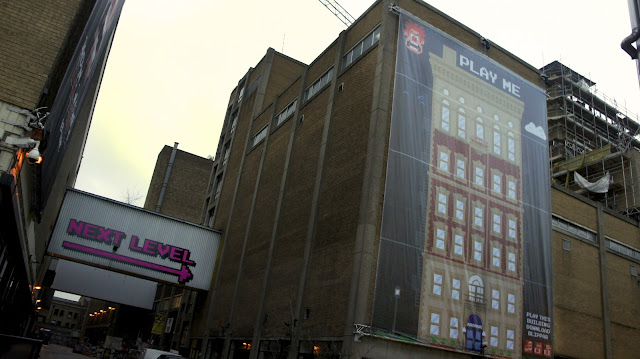 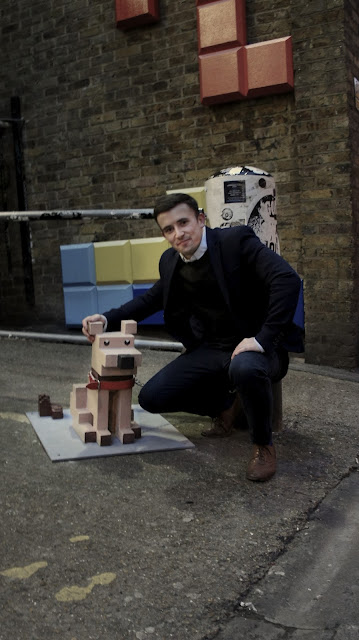