I imagine many of you will agree with me when I say, if there is one way to improve a meal it’s to wrap the whole thing up in a delicious and buttery pastry parcel. So imagine the excitement when my flatmate and I happened upon an award winning pie shop on our way to East London one day. Literally a two minute bus ride from our house and we found Piebury Corner, just a few metres down the road from the home of Arsenal. 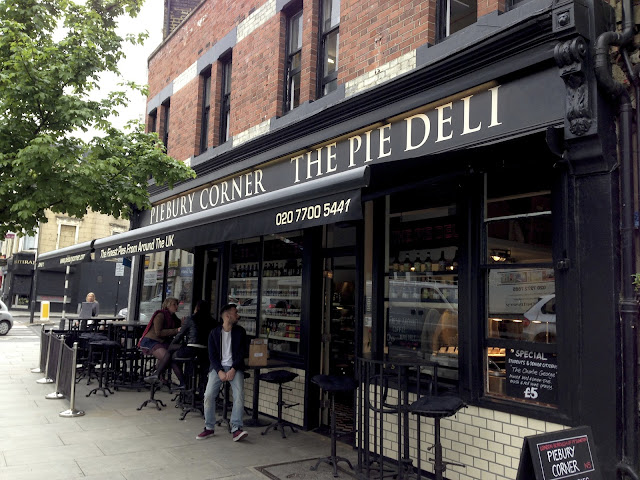 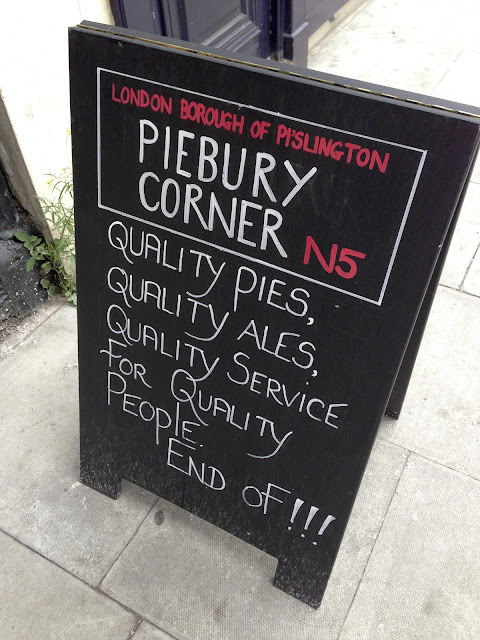 With its proximity to the Emirates so close, it’s no surprise that the inspiration behind this establishment’s fine pies is the legends of Arsenal’s past! That’s right, each pie is named after an Arsenal great and all are filled with incredible fillings. 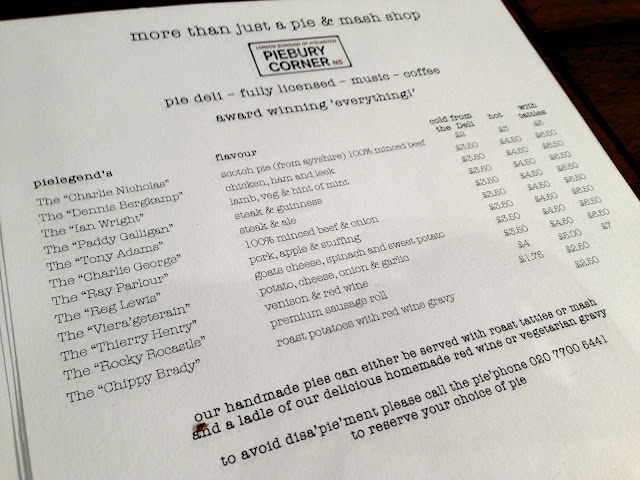 When we arrived, the shelves were stocked with golden crusted gourmet pies ready to be devoured by the awaiting patrons, hot or cold! 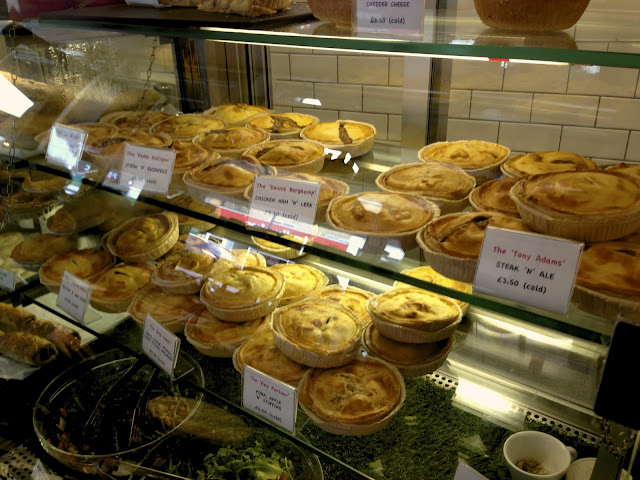 However, Piebury Corner is no one trick pony! Their shelves are stocked with a wide range of British products and with the shop boasting a full license you can even match your chosen pie with a pint of fine British ale or beer! What’s more, they even stock the famous Eat My Pies Scotch Eggs, a real treat that I had discovered only a week before! 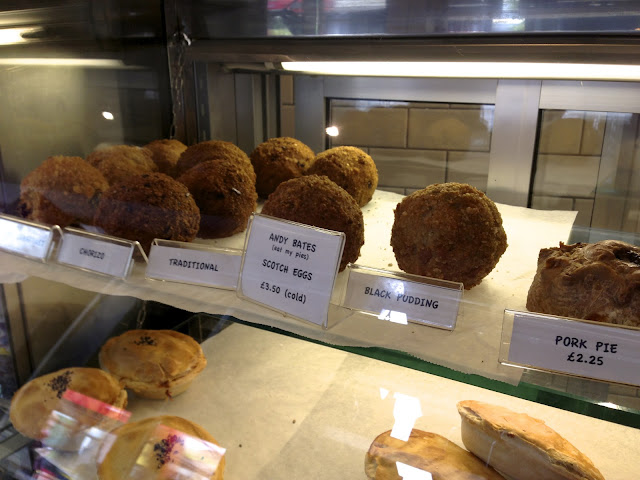 I went for the Ray Parlour, a hearty mix of Pork, Apple and Stuffing. This combination is a proven success when wrapped up in a huge stodgy bap from the local hog roast but would it work as well in a pie!? I couldn’t help but treat myself to a Black Pudding Scotch Egg too, these things are just too good. 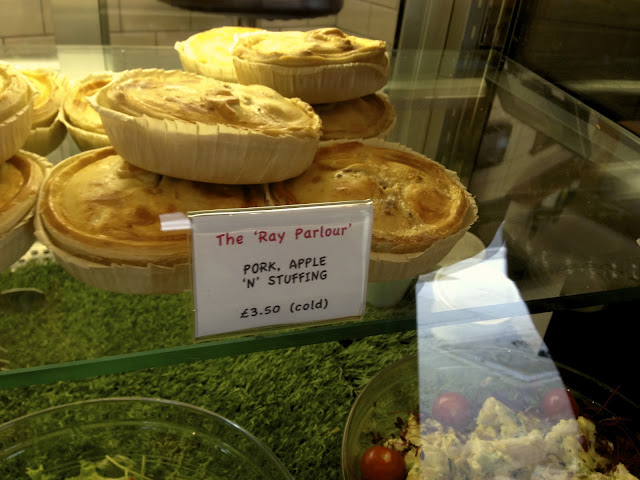 Piebury Corner has a lot of quirky little touches, such as the old Highbury turnstiles used as the tables but I think my favour touch was the tip jar signage. Surprisingly, the jar wasn’t overflowing! 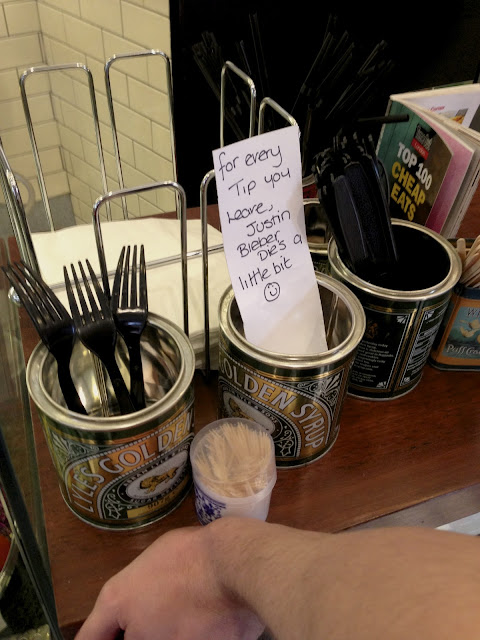 With the products boxed and secured, we whipped them home for a feast. Sadly we were rushing to get to the golf course so I completely forgot to take pictures of the inside but all you need to know is that the pies lived up to their award winning titles. The Ray Parlour was divine, filled to the brim with huge chunks of succulent pork and surrounded by sweet and flavoursome apple and stuffing! The pastry was light and buttery, with a delicious crust just like all great pies should have. The Black Pudding Scotch Egg delivered as expected also. Heated in the oven with crispy breadcrumbs and a runny egg inside, it was always going to hit the spot. The black pudding gave it a great texture and flavour and I could very well have eaten another one of them! 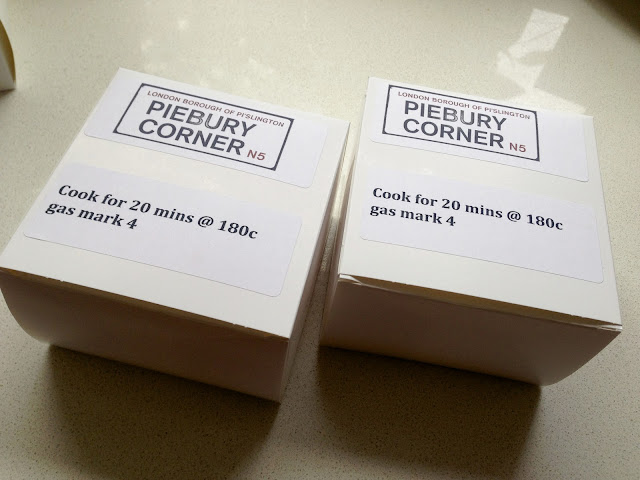 If you’re a lover of pies then hurry up and get yourself up north. The Piebury Corner awaits to fulfill all your meat filled pastry needs. Probably best to give it a miss on match days but apart from that, head down and get yourself one of their finest, accompanied by a pint and plonk yourself outside in the sun ready to experience a taste sensation! Some of our other favourites were the Ian Wright and the Thierry Henry!