As is the Bone Daddies way, the new Boozy Bottomless Brunch offering from sister restaurant Shackfuyu is anything but conventional. Without a poached-egg-on-avo in sight, the Old Compton Street now-permanent pop-up offers brunchers a carefully curated selection of Western-Japanese fusion dishes accompanied by free-flowing prosecco and pineapple sake. In a further act of defiance against the tired old brunch model, the offering is served from 12.00pm right up until 10.00pm on Mondays only. 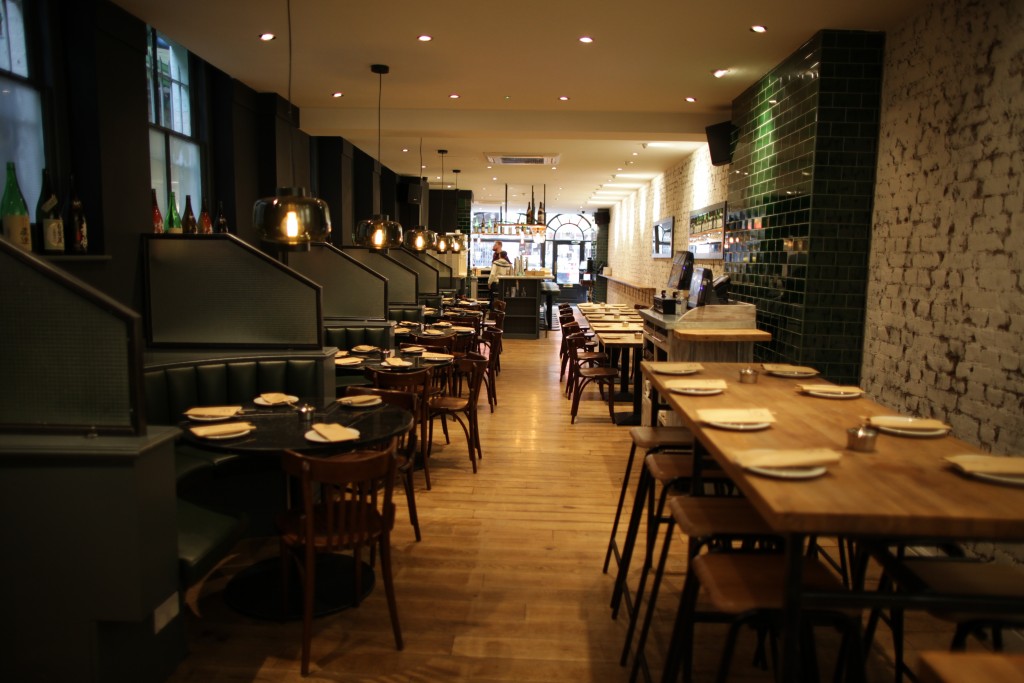 On arrival, you’re offered a selection of two small plates, one main dish, dessert and free-flowing booze for the duration of your meal, all for a very reasonable £35 per head. The portion sizes are more than generous, which left us mildly embarrassed at our initial reaction of ‘…really, only one main plate?’

We opted for the Korean chicken wings, seabass ceviche and the chicken and duck bao on the waiter’s recommendation. The ceviche was a triumph and a great contrast to our order of predominantly fried dishes, which were also delicious. The main of sesame chilli beef on hot stone rice was an exciting spectacle – especially so early in the week! The perfect antidote for anyone still nursing the repercussions of a heavy weekend.

With barely any room for dessert, we were treated to Shackfuyu’s iconic kinako French toast with soft-serve matcha ice-cream, which we guarantee will single-handedly cure even the most stubborn bout of Monday blues and is almost worth a visit in itself.

Following a successful Soho pop-up, Shackfuyu became a permanent addition to Old Compton Street at the end of 2015. It’s one of a handful of Japanese-inspired restaurants by Australian-born Ross Shonhan, who stipulates that all music played in his restaurants must be at least 20 years old. His aim: authentic Japanese food with a London twist.