If Hawksmoor’s Spitalfields Bar wasn’t enough of a celebration for my birthday then the surprise trip to La Bodega Negra really topped off a superb week of festivities. After being left a trail of breadcrumbs  to follow, I found myself in the heart of Soho and the first surprise of the night was that my parents had made the trip down to the Big Smoke to join me in knocking back some cocktails and dining the night away! 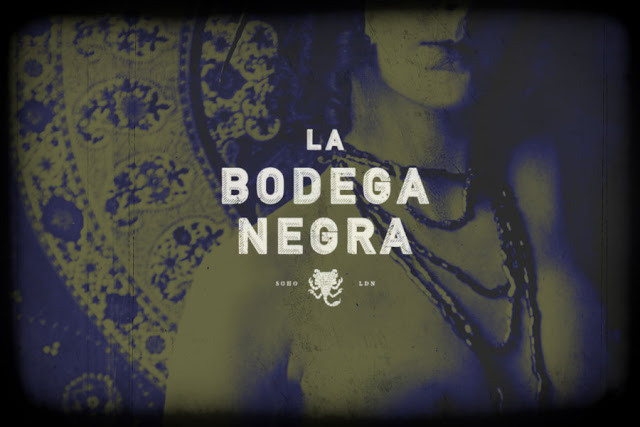 For those of you that haven’t heard of La Bodega Negra (I doubt there’s many) it’s an incredible underground hacienda located beneath the facade of an adult sex shop. Now normally walking inside a building adorned with neon signs reading “Adult Video” and “Peep Show” with your mum and dad in tow would raise serious concerns. However, believe me when I say that the stares and raised eyebrows from the less informed passers by are certainly worth it for the treats inside. 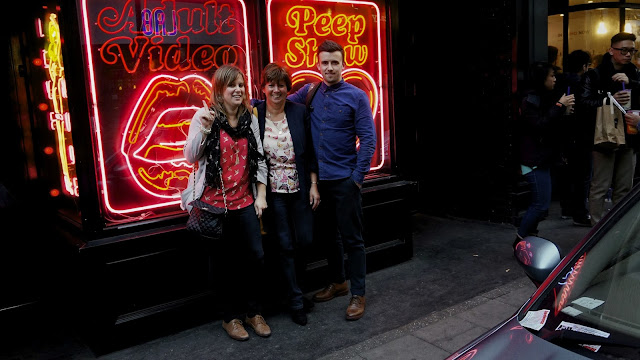 The restaurant is set beneath the streets in cavernous vaults, covered in dimly lit lighting, with only candles to aid the visually impaired in reading the menu. That is until your Mum pulls out her iPhone and hits the torch app, completely obliterating any ounce of mood that had been created previously. 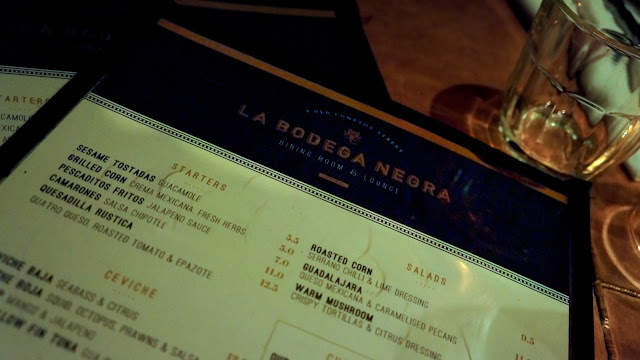 As we perused the menu, trying to find the perfect combination for sharing, our waiter knocked us up a couple of Frozen Strawberry Margaritas. Best described as an adult slush puppy, these things were incredibly delicious and the perfect way to start the celebrations. 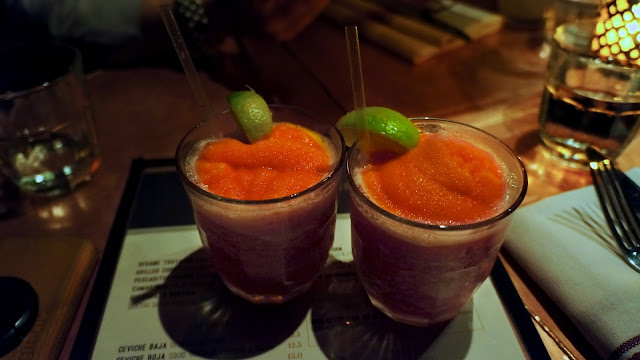 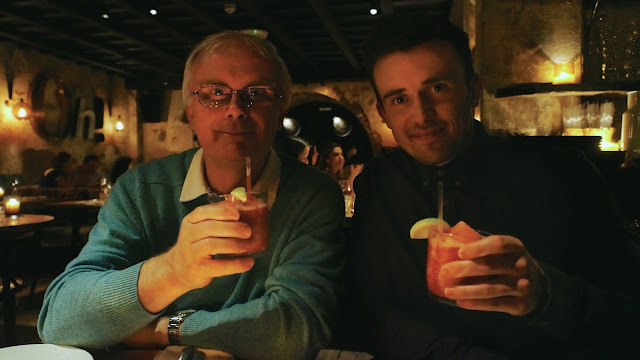 To accompany our margaritas we decided to order a selection of starters. First of all we tried the Tuna, Chipotle, Avocado and Jalapeño Tostaditas followed by the Pork Belly Carnitas & Salsa Verde tacos and the Soft Shell Crab & Chipotle Crema tacos. The crab tacos looked rather daunting with their spindly legs poking out of the top, we weren’t quite sure which way to tackle them at first. The meat was really tender and flavoursome, surrounded by a deliciously crisp batter and accompanied by a smokey chipotle crema that warmed the palate perfectly. The pork belly was succulent and sweet served up with a refreshing salsa verde and covered in a drizzle of lime juice adding to the fresh flavour. These were a storming way to start the meal and within minutes they were gone and we were back on the margaritas and chatting away. 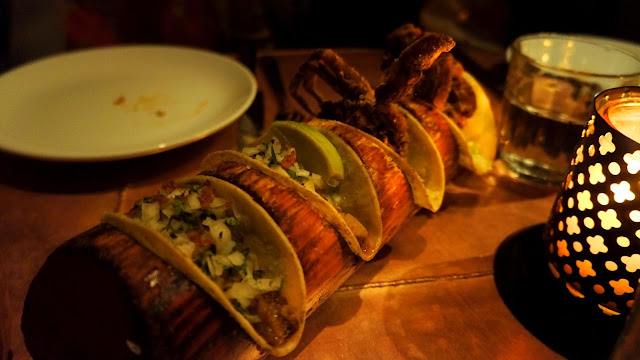 As soon as we were presented with our mains, our eyes lit up! We had ordered the Slow Roasted Lamb Barbacoa and it had arrived in its very own stewing pot, covered in a thick glaze and smelling fantastic! 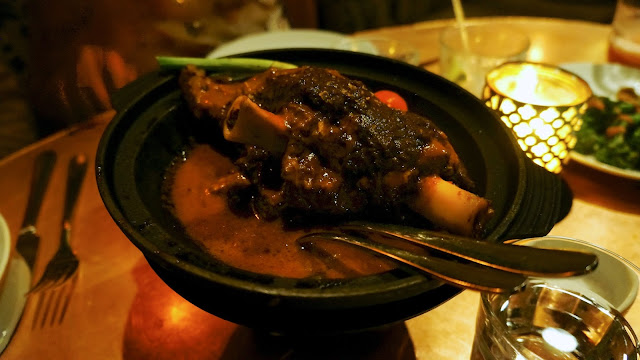 Our other dish was the Pollo Al Sarten, which consisted of a half roasted chicken with spicy chimichurri and roast potatoes. For sides we decided that we’d better invite some greens to this feast of meat, so ordered a plate of Tenderstem Broccoli With Chilli & Lime.

The chicken was delicious but for me the lamb was the stand out winner! It was cooked to perfection, falling off the bone with ease and extremely juicy! The sauce was rich but not so much that it hid the taste of the lamb. If you go to La Bodega Negra, you definitely have to order this. Naturally it wasn’t long till we’d polished it all off and we found ourselves having a peak at the dessert menu. 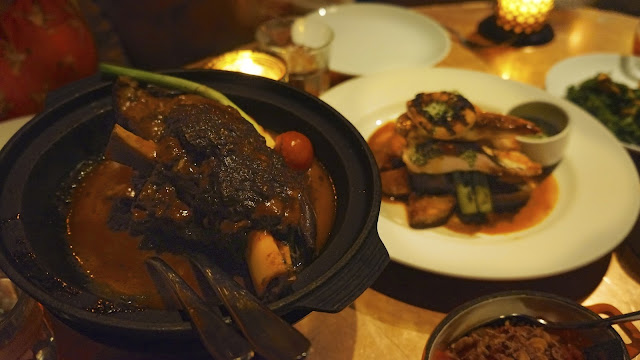 It didn’t take us long to find something we fancied though! I opted for the rich Chocolate Torte with Salted Caramel Ice Cream and my dad decided to go for something slightly more refreshing, the Baked Lemon Cheesecake with Caramelised Lemon! 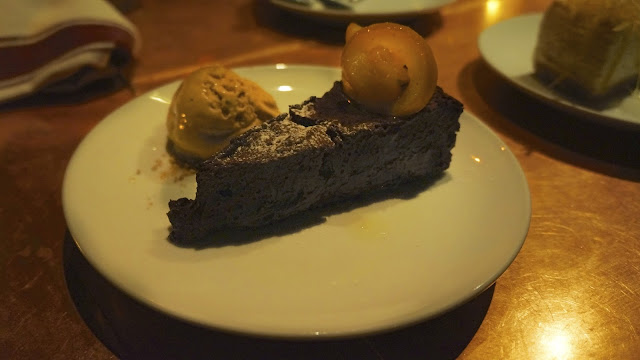 As you can see, both looked extremely inviting. 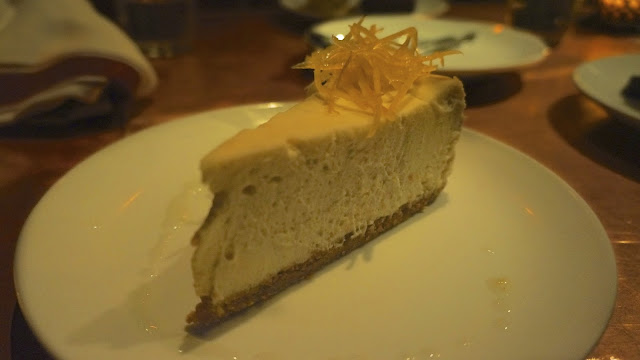 We thought so anyway haha! 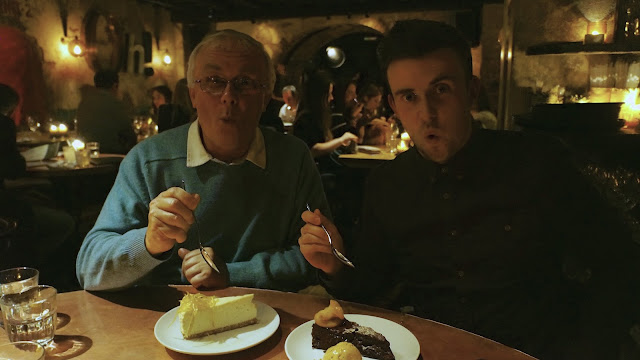 Both hit the spot, topping off a perfect night of celebrations. The food was incredible and I loved the whole idea behind La Bodega Negra and you could see why you have to book a table so far in advance. It is a great setting for a party, with it’s long list of cocktails, dishes perfect for sharing and an atmosphere and environment that lets you know you’re in for a special night but one that comes with a huge side order of fun too! It would be really cool to take a group of friends here who had no idea what lay behind the seedy neon signs; I think you’d get a lot of excited faces once they realised just what was awaiting in the caverns below!