It’s not every day you find yourself in a bustling piazza in central London knocking back glasses of fine champagne at £25 a pop and snacking on made-to-order gourmet fish and chips from a Michelin-starred chef.

For five days this month, ending this Sunday, prestigious champagne house Krug is making this happen in Covent Garden’s east piazza, as part of a collaboration with Tom Sellers, the youthful chef behind Restaurant Story in Bermondsey, which gained a Michelin star in 2013 just five months after opening. 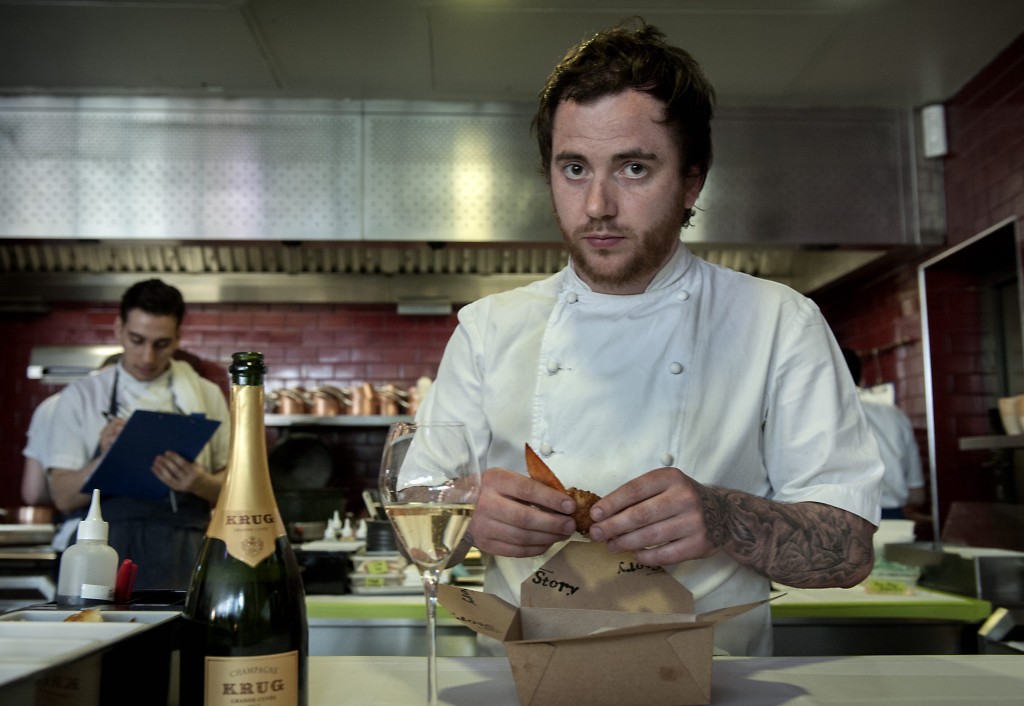 Sellers, with his tattooed arms and rugged facial hair, is an unconventional bedfellow for an Establishment brand like Krug. But the unlikely alliance’s chip shop pop-up, aptly named Krug & Chips, is an opulent triumph. We were invited to the press launch on Wednesday and must have consumed a month’s salary worth of Krug during two hours of extravagance inside the pop-up’s roped off enclosure in the piazza.

If you are planning to drop in at Krug & Chips before it wraps up on Sunday, bring plenty of cash as it’s certainly more of a special treat than your average summer pop-up. A glass of bubbly and Seller’s fish and chips will set you back £35 and each glass of Krug Grande Cuvée from thereon comes with a £25 price tag. Alternatively, a whole bottle will set you back £130.

As as we found before with our night with Krug at Murano, the champagne is a blend of 120 wines and is a thing of effervescent splendour, matched in class by Sellers’ finely crafted dishes.

Krug has billed its pop-up as “a luxurious re-imagining of a timeless British institution” and the proof is in Sellers’ food. His menu consists of Fish In Chips, Monkfish & Matchsticks and Lobster & Chips. 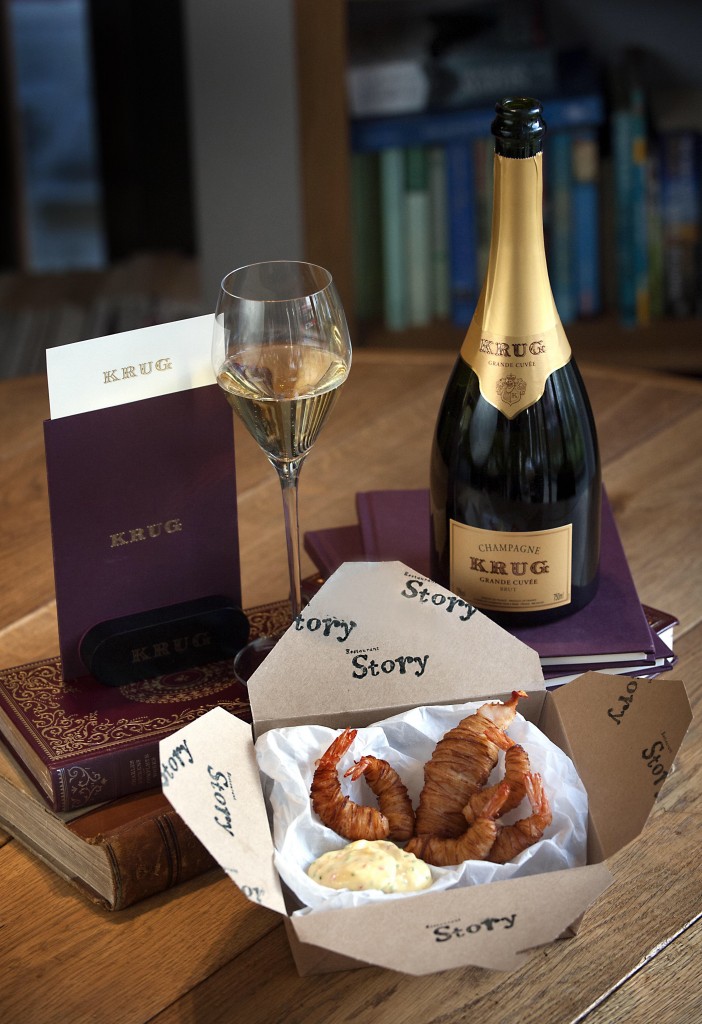 We sampled all three and found something for everyone. The Lobster is served in bitesize juicy chunks, wrapped in Crispy Potato ‘Spaghetti’, alongside a Spicy Yuzu Mayonnaise, while the Monkfish is battered and smothered in a fantastic Curry Sauce next to some Matchstick Fries.

The most intriguing of the three dishes is Sellers’ Fish In Chips, a pile of small Whitebait Fish each sandwiched between two thin slices of Potato, deep-fried and accompanied by a homemade Tartar Sauce.

What is more, as we finished our first dish, we caught sight of the chef himself in deep conversation with Will Poulter, the BAFTA-winning actor tipped to become Britain’s next big Hollywood star.

Not your average chip shop encounter!