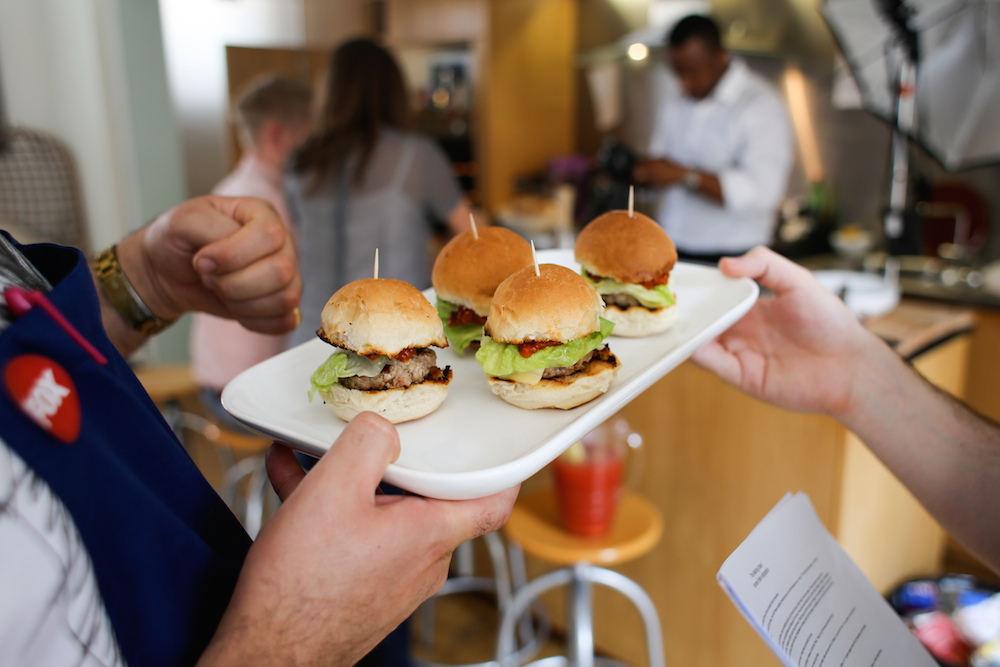 Experience The Sensation of Eating Human Meat at ‘Terminus Tavern’

London based food art creators Messhead – formed by London Mess Chef James Thomlinson and creative Miss Cakehead, renowned for their macabre flair in the world of food, have come up with a unique burger concept that will push normal levels of taste to it’s very limits. The fearless zombie loving foodies are shuffling headfirst towards the last great taboo – cannibalism – and wickedly fusing it with one of the most iconic snacks on the planet. Their ‘human’ meat burgers are set to delight and horrify in equal measure as hungry punters relish the new dizzyingly devilish taste of eating ‘a fellow human’. The cannibalistic concept was, of course, inspired by the Season 4 finale of Fox’s zombie thriller “The Walking Dead” in which Rick and the group found piles of bloodied bones on the floor at Terminus which looked like human remains – and gives a taster of what ‘Walkers’ from the series enjoy feasting on.

On Tuesday 30th September the pop up concept – found in East London – will give away the human burgers for free from midday until sold out, the location to be revealed nearer the time to those following the #terminustavern on Twitter. The burgers were developed by Thomlinson using painstaking research into appalling instances when eating a fellow human being was the very last option for survival. One such example was when the 1920’s author and journalist William Seabrook traveled to West Africa and later described the experience of devouring a hunk of homo sapiens meat in his book, Jungle Ways 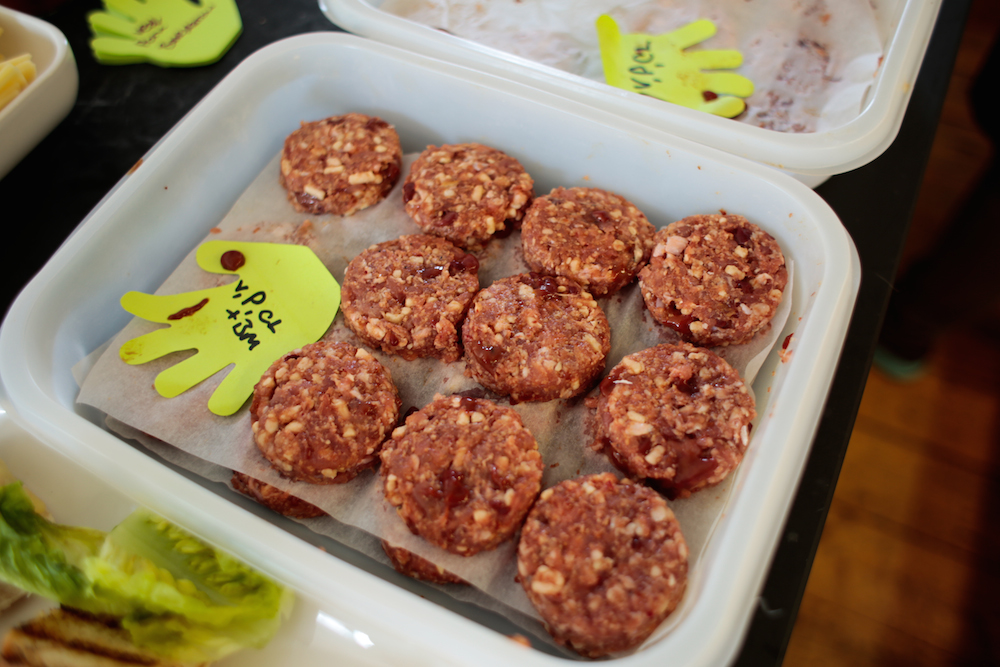 Chef James Thomlinson used a mix of veal, beef and pork to create the burgers. He comments:

“With fans up and down the country hungry for Season 5 of The Walking Dead, this is certainly a unique tribute to the series. My food is inspired by flavor combinations and fresh produce, so it was a little odd to be inspired by the words of cannibals instead.”

The burgers will be given away from a custom built stand that recreates the apocalyptic feeling of Terminus where Series 4 ended. Those brave punters who want to know more about how to create the particular piquancy of person will be able to see the cannibal research in the form of an info graphic which the burgers will come wrapped in. A unique “The Walking Dead” condiment will also be on sale at Terminus Tavern, though best not to ask the source of that sauce!

Thomlinson has been macabre enough to share his recipe for the ‘human flesh’ burgers that can be viewed on his London Mess Facebook page facebook.com/ldnmess