All aboard the Hoxley & Porter express, a Victorian hideaway that transports its passengers back in time to the days of colonial Britain. I was lucky enough to be invited along for its maiden voyage and boy, what a ride it was!

Hoxley & Porter is a brand new restaurant and bar brought to you in the form of a Victorian train carriage designed with the idea of a gentleman’s club, Colonial Poirot, Egyptian Noir and surrealist jungles in mind. Such is the detail that has gone into creating this fantasy world based around the fictional character of Hoxley, an explorer of the African continent, and Porter, a diamond discovered in 1880, that as soon as you walk inside, you feel like you have stepped back in time. Ticket conductors welcomed us onto the carriage and pointed us down through the carriage like hallway to the sound of steam whistles and train station hustle and bustle. 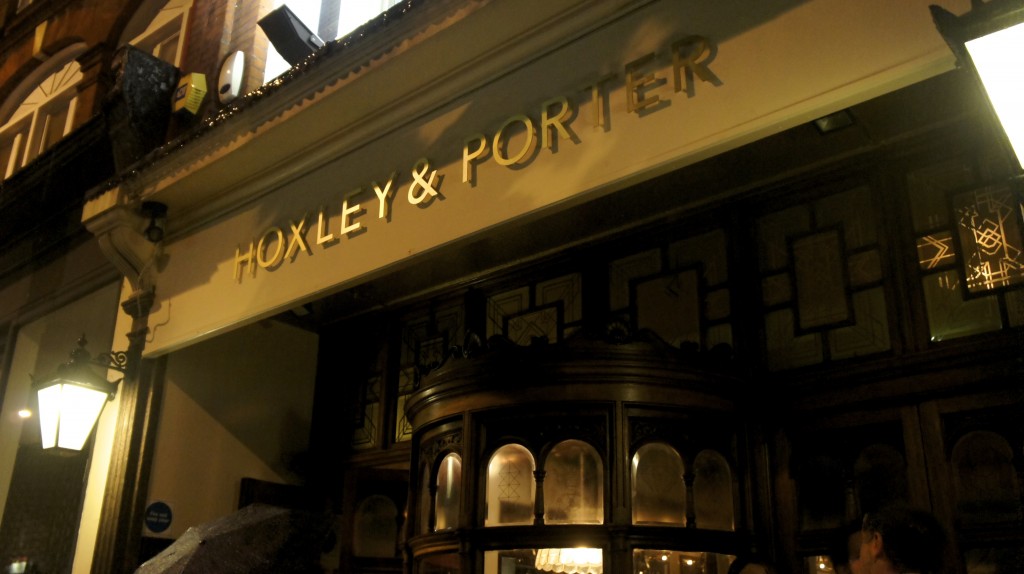 On entering the bar area your eyes are met with incredible scenes of decadence. Dark wood, vintage furnishings, beautiful lighting and an array of travel themed trinkets come together to accentuate the feeling of grandeur and genuinely work to evoke images of the self-described “mythical steam express from Cape to Cairo”. 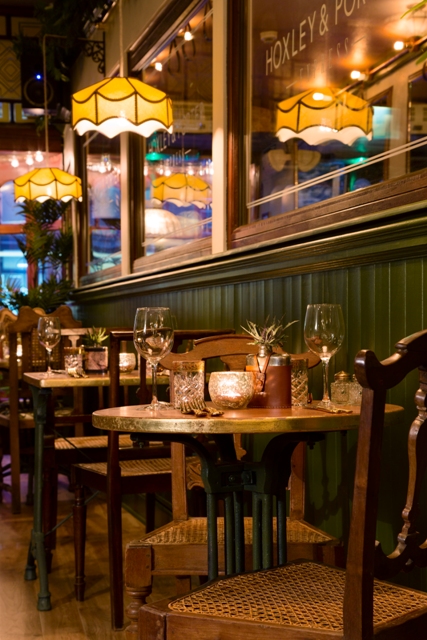 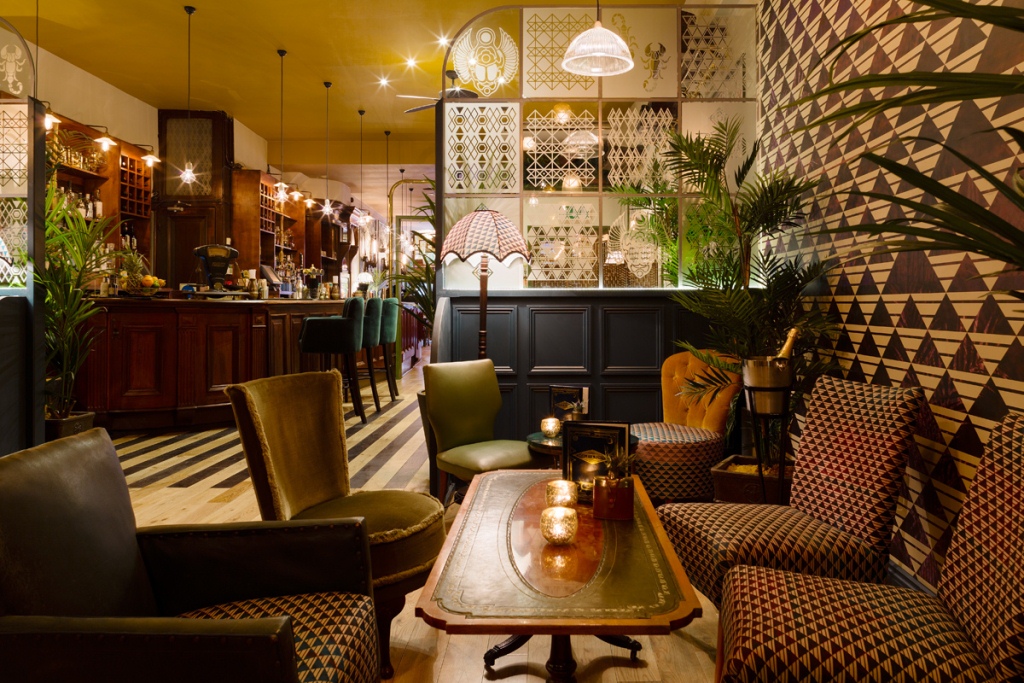 The bar was already a hub of energy, with customers inspecting the intelligent and whimsical names on the cocktail list, watching on with intrigue as bartenders mixed exquisite combinations of ingredients to create inspired concoctions. 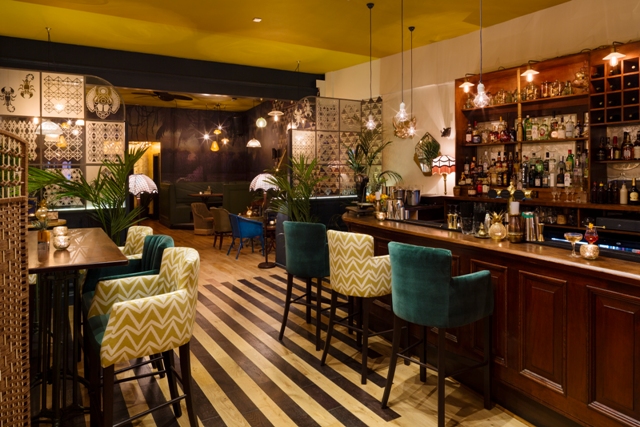 An example of the incredible detail that had gone into creating this fantasy world was the menu. I absolutely loved it and it was little touches like this that added a sense of class to the whole affair. 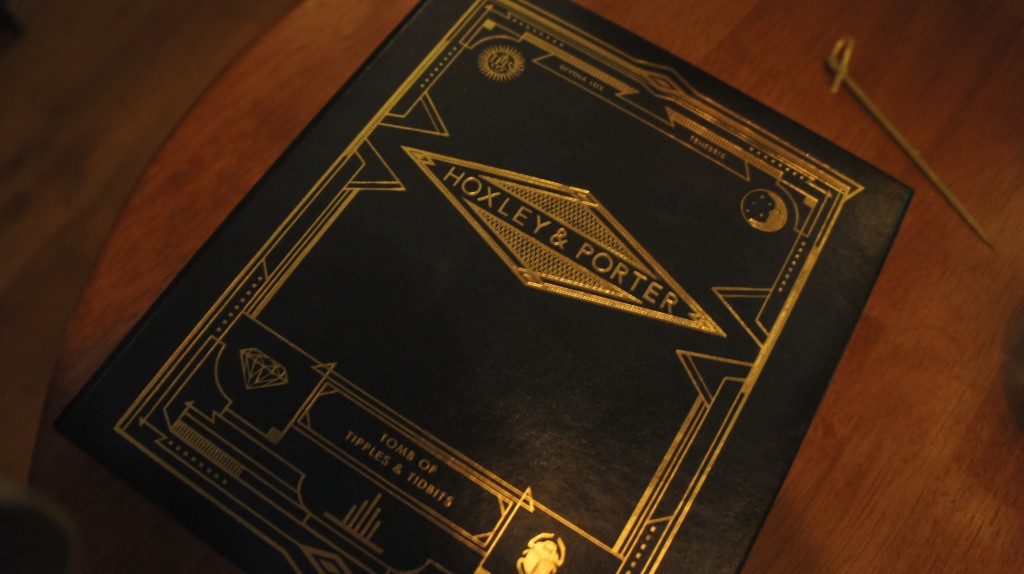 We decided to indulge in the ‘Baron’s Tipple’, a delicious mix of overproof rum, lime, apricot jam and guava juice! 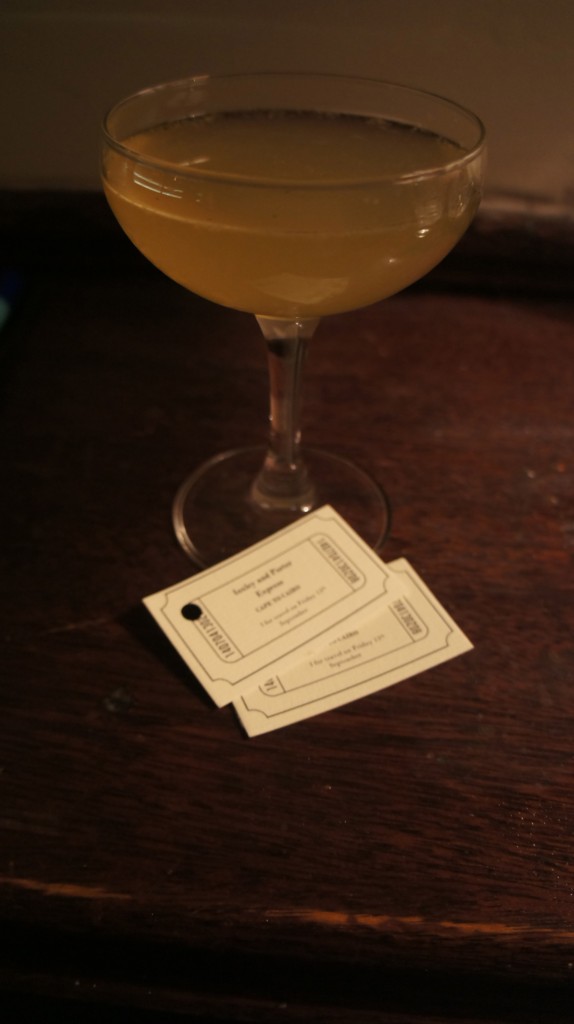 We made our way to the heart of the bar area with our cocktails in hand and decided to join the rest of the guests who were being entertained by the band. As we sat back, we were presented with silver trays laden with gourmet canapés, ranging from pork belly to crab pâté. Both were a delightful nod to the modern British menu that the restaurant carriage boasts. From starters all the way through to dessert, the menu sounds exquisite. Stand out dishes that had my mouth watering at the very thought of sampling them were, the Braised Pig Cheek, Braised Rabbit, Wood Pigeon and the Vanilla Panna Cotta with Honeycomb and Glazed Peach! I will be sure to head back soon and update you all on whether the dishes live up to the delectable images in my head. I am sure they will! 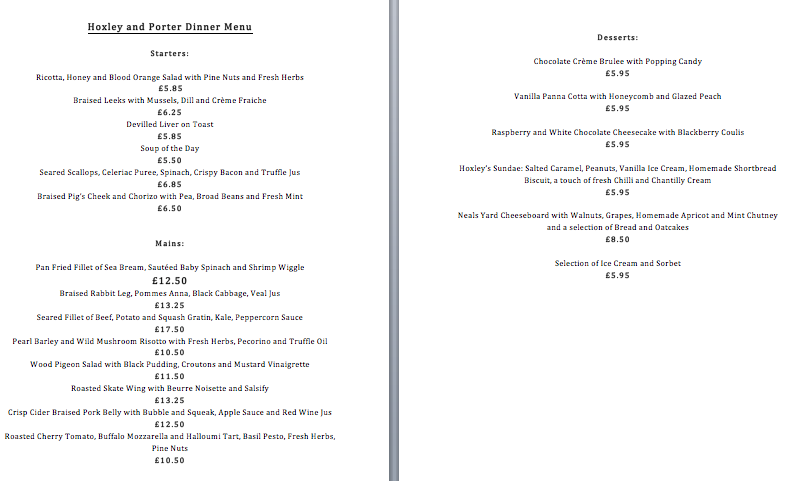 As my Baron’s Tipple ran dry I decided to take another look at the cocktail menu for something a little more adventurous as a salute to Hoxley himself. The menu makes for a great read with cocktail names such as “Chipotle Off The Old Block”, “Scarab’s Toddy” and my personal favourite, “My Daddy Owns A Yacht Club”! 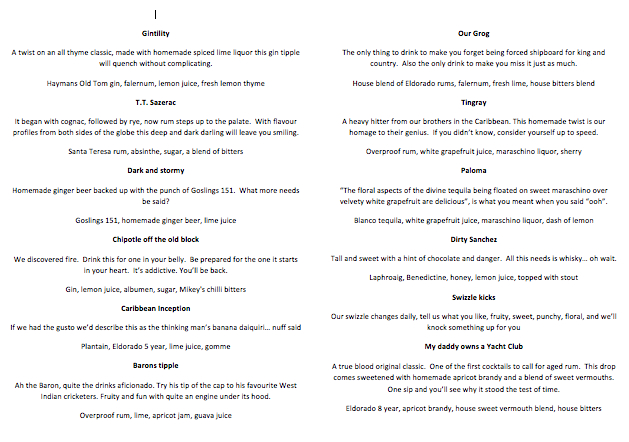 However, it was one that went by the name of “Whatever Doesn’t Kill You…” that had social media in a fluster. Why is that I hear you cry? This drink is extremely potent and not only does it change colour from blue to purple (I was told why but forgot) but it is also served with an absinthe-coated scorpion swimming in it! And if that’s not a drink fit for an explorer, then I don’t know what is! We decided to take the plunge and ordered one for ourselves. 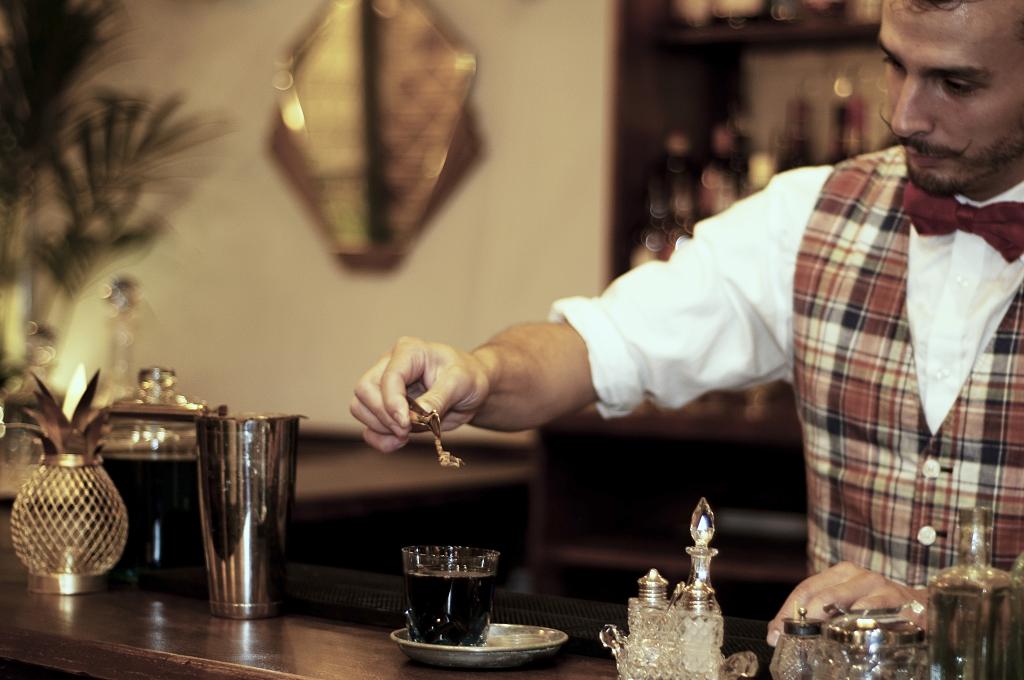 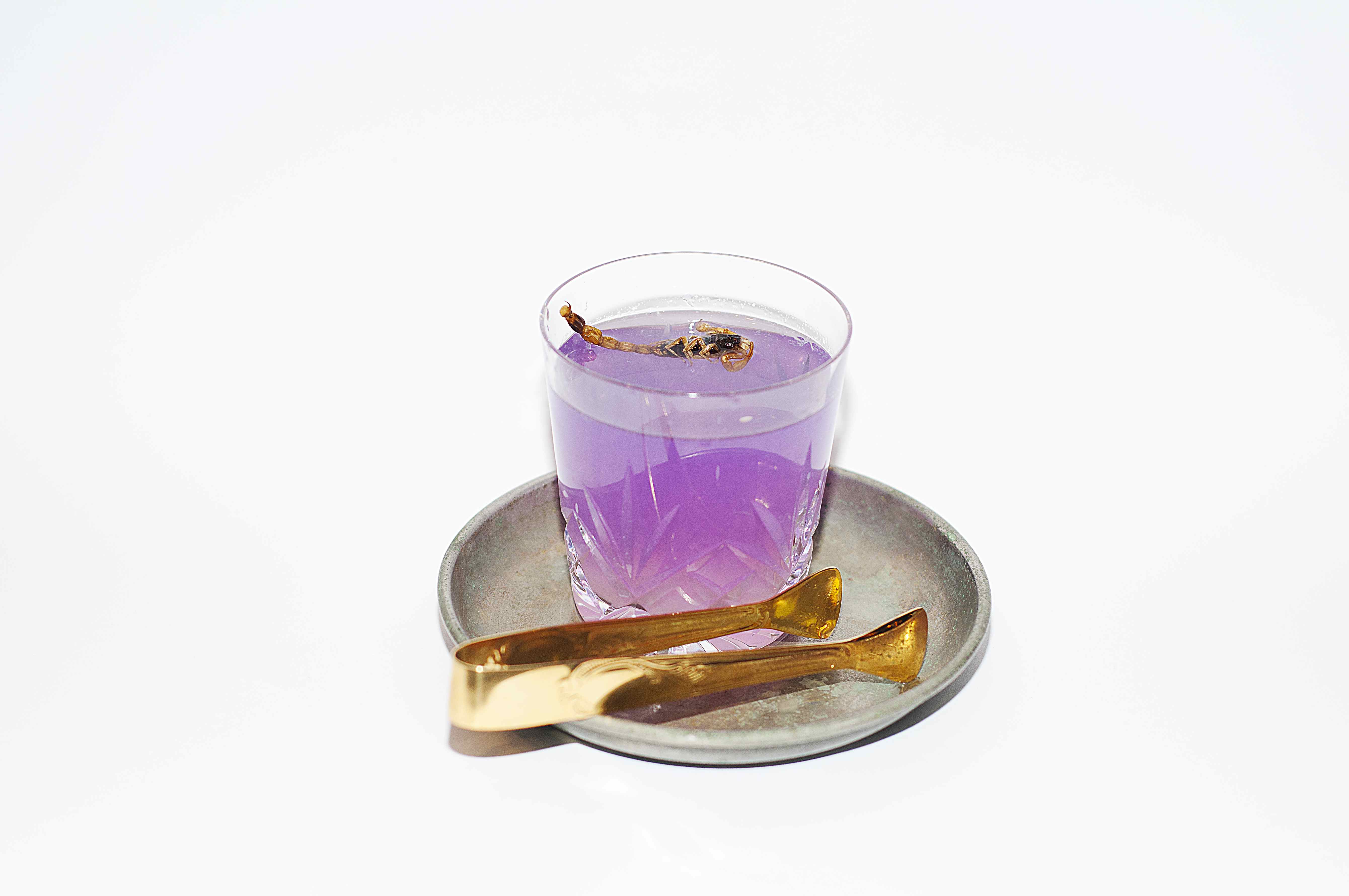 This was the last thing I imagined myself doing when I accepted my invite! 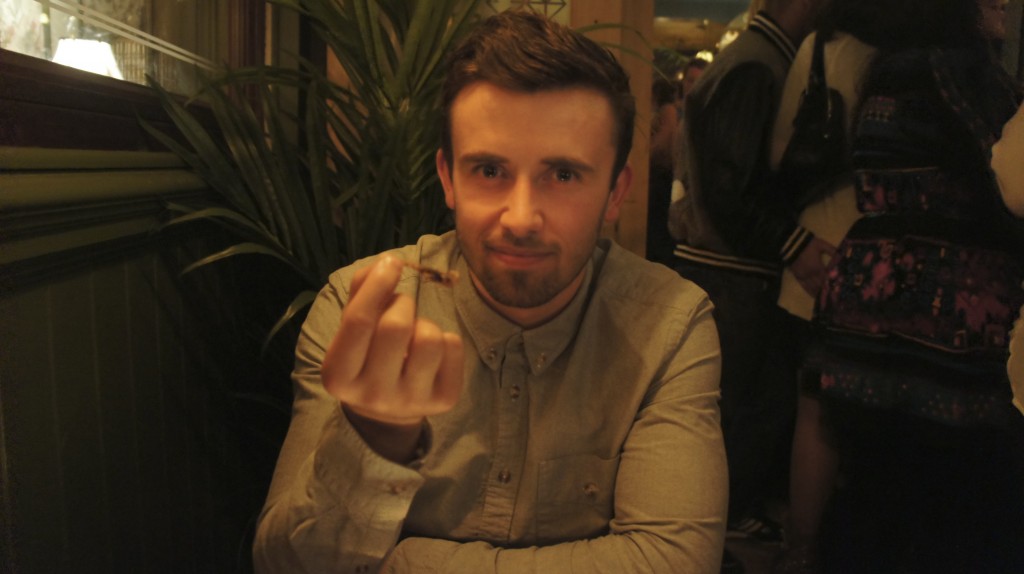 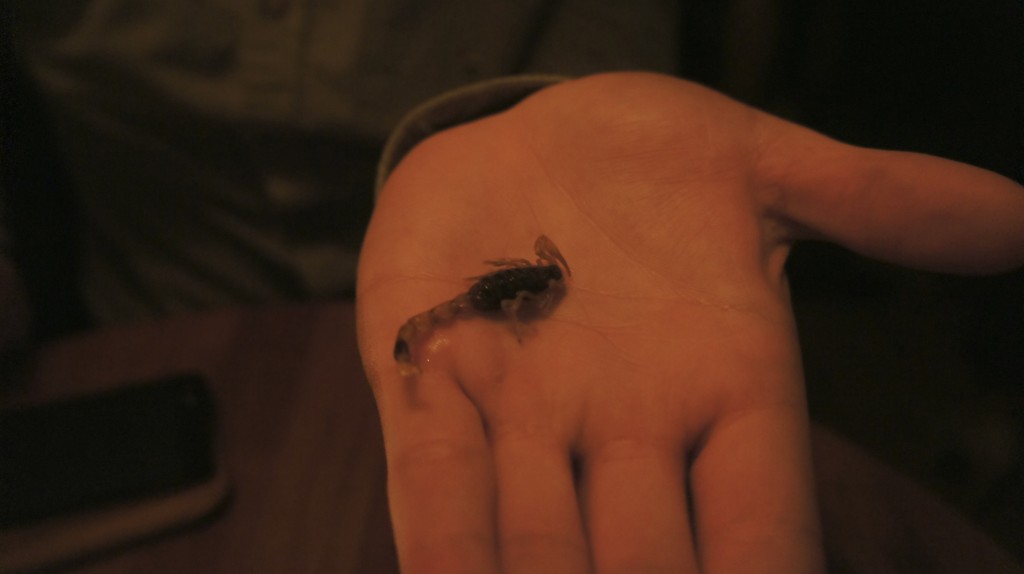 Consuming the scorpion was a strange sensation but not as bad as I thought it would be. The cocktail packed a punch though, even if the scorpion hadn’t! 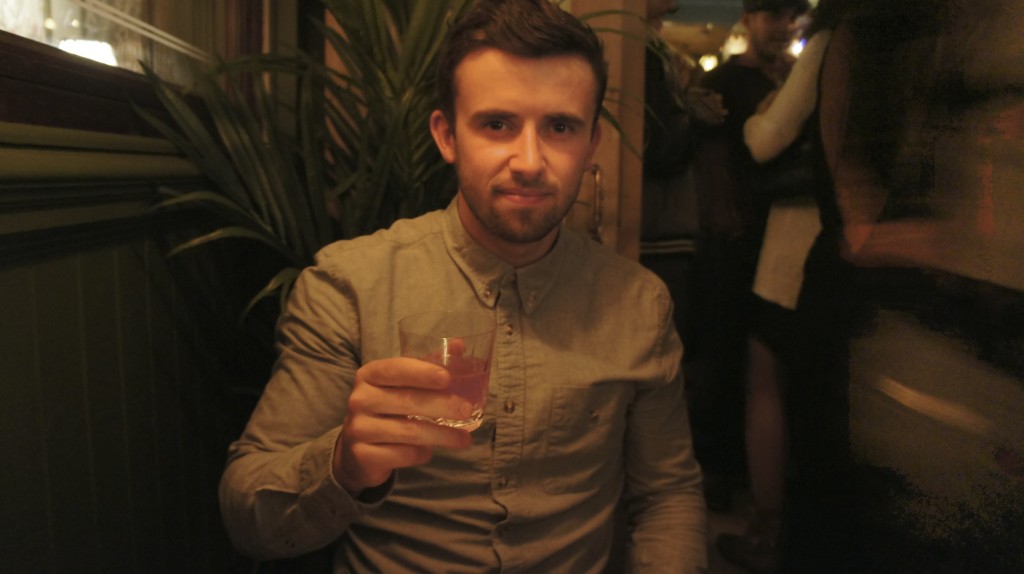 I loved the entire concept of Hoxley & Porter. It’s fresh and original and has been created with great attention to detail and finished with a touch of class. It oozes character and has an air of sophistication that is mirrored in its fine drinks and cuisine. Obviously I only sampled the canapés but if they are anything to judge the dinner menu on, then customers are in for a real treat with a healthy addition of finesse.

It has already cemented itself in my top bars to frequent and I plan to return for dinner very very soon! Hoxley & Porter is open now so grab your coat and prepare to board; this is one train you don’t dare miss!