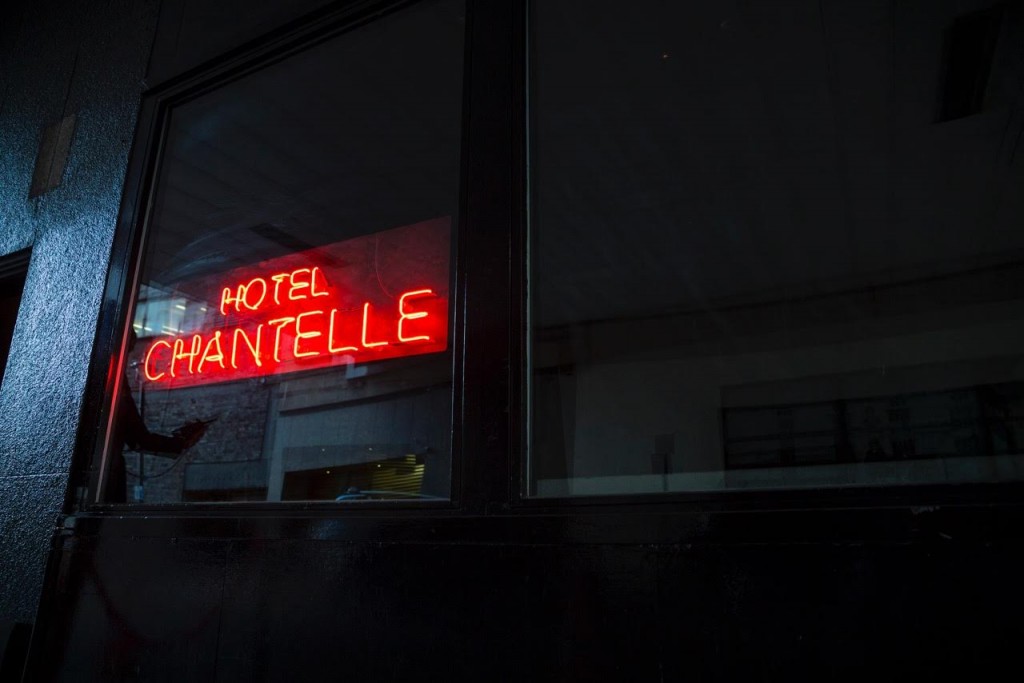 Before we set sail on our most recent voyage across the pond to Bali, we signed off in London with a rather exciting meal at one of the most anticipated openings of the summer, Hotel Chantelle London. Apparently named after a World War II safe house, this new opening can be found on Orchard Street, a short stroll from Marble Arch station.

Having read Richard Vines’ piece on Hotel Chantelle for Bloomberg Business, we were filled with intrigue, having been made aware of executive chef, Seth Levine’s resumé. Originally a trader for Goldman Sachs, Levine found himself auditioning and partaking in the fifth series of Hell’s Kitchen USA. Since his time in TV, Chef Levine has been taking the culinary world by storm, presiding over three restaurants in New York and now Hotel Chantelle London. 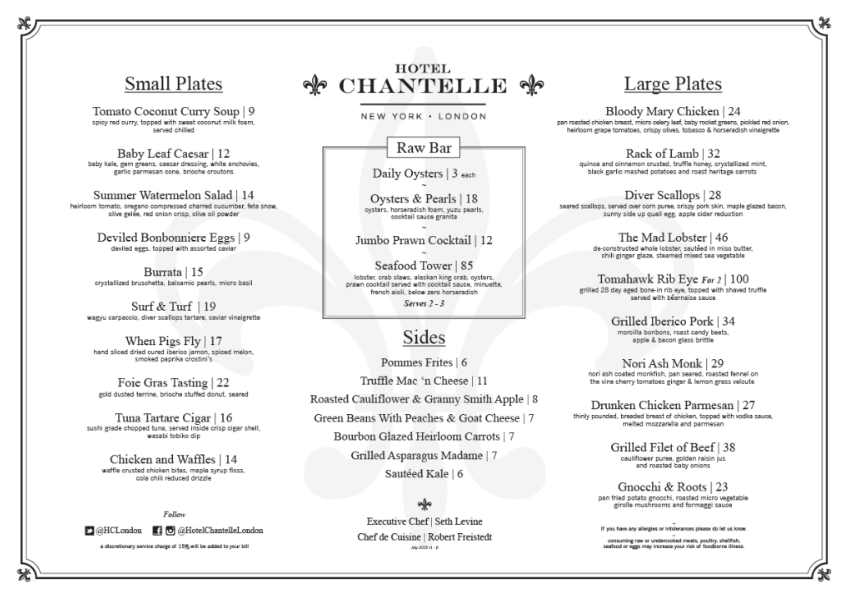 The menu is full of incredible sounding dishes, with mouth-watering ingredients and it’s not until the plates arrive that you can comprehend the time and effort that has gone into Levine’s creations. He describes his menu as a new American and fun French fare. Weaving together molecular gastronomy, comfort food and haute cuisine, Levine has drawn on his whimsical imagination and belief that fine dining should be fun, to which we can testify that this is served in abundance at Hotel Chantelle.

Dishes such as the Tuna Tartare Cigar – Sushi Grade Chopped Tuna, served inside Crisp Cigar Shell with Wasabi Tobiko Dip, The Foie Gras Tasting – Gold Dusted Terrine, Brioche Stuffed Donut & seared Foie Gras & The Mad Lobster – De-constructed whole Lobster, sautéed in Miso Butter, Chili Ginger Glaze, served with steamed mixed sea vegetable, all provide diners with a most unusual and amusing twist on some of our favourite flavour pairings. One of our absolute favourites being Grilled Iberico Pork served with Morcilla Bonbons, Roast Candy Beets, Apple & Bacon Glass Brittle. We savoured each bite from start to finish, with every delivery making us melt into the back of our chair further each time. 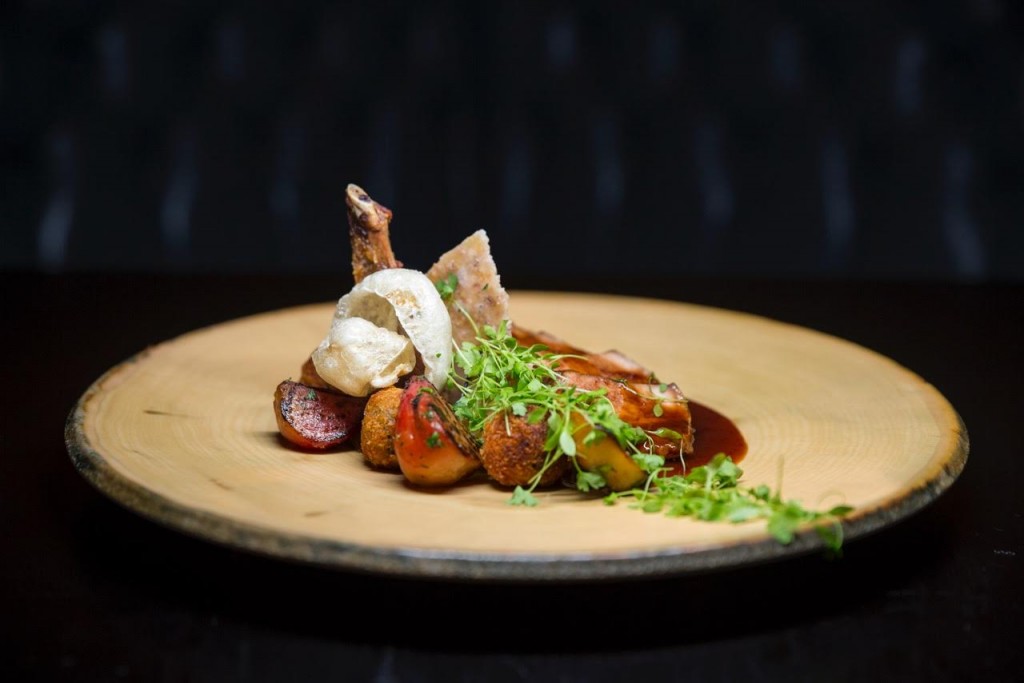 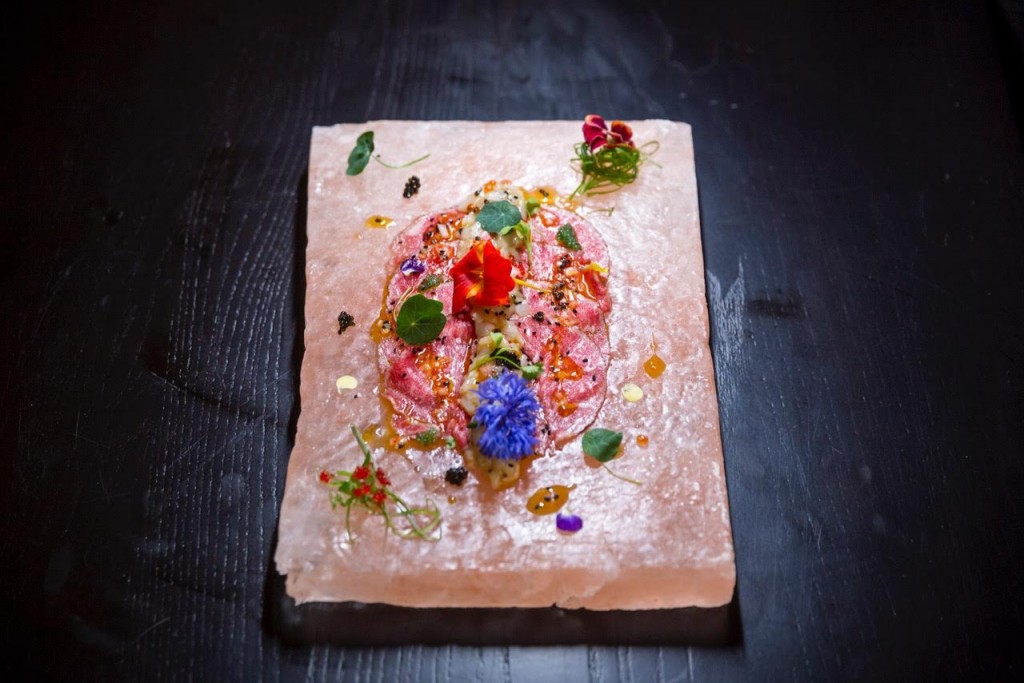 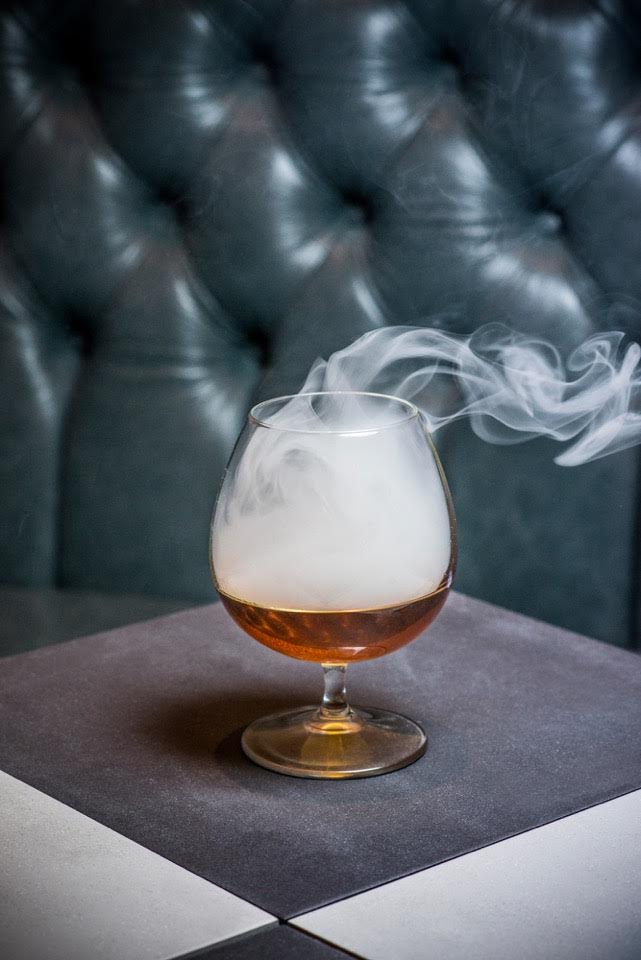 Our recommendation for the sweet-toothed amongst you though would be to hit the Chocolate and Peanut Molten Pudding, this was a truly indulgent finale to an excellent evening of wonderful dishes that had us smiling from start to finish. 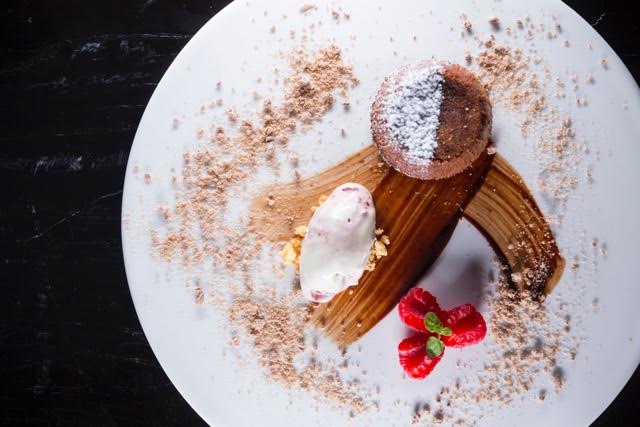 So is it for you? Well, if you love big flavours and a well presented dish with intriguing new twists, you’ll love Hotel Chantelle! Let us know at our Twitter what you think and be sure to tag our Instagram with your shots too.