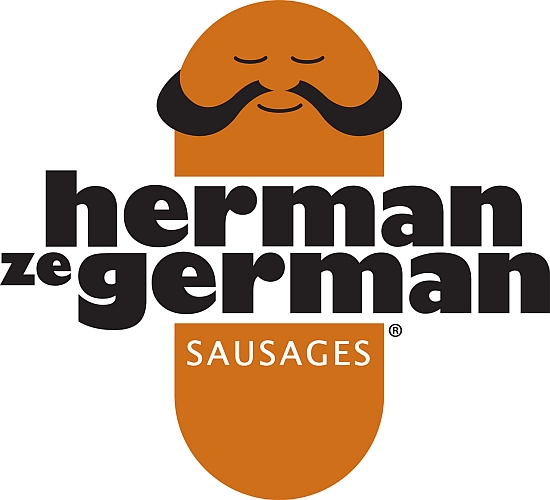 Last week, we were invited to the opening of the third London outlet of Herman Ze German on Charlotte Street, Fitzrovia with the words ‘Hope for the best, Prepare for the wurst’.

Following the burger invasion across the capital, hot dogs have been trotting along as a close second of the must-have meat to dine out on. Following the critical acclaim of the first branch, we  were looking forward to the opportunity to get our hands on Herman’s sausage.

The signature Chilli Beef Currywurst  with a portion of lip-smackingly good pommes – its definitely for those that can handle a bit of spice. Made with pork, beef and chilli it has a kick that warms the soul. Washed down with a German beer on tap we set our sites on trying one of the Schni-Po-Sa. As fans of the schnitzel after discovering in Boopshi’s, this with pomme & salad at a reasonable £9.95 is the perfect alternative if you want more than just a dog.

With all sausages gluten free and imported from the back forest you can also chose from Bratwurst, Bockwurst or Chilli beef in either a roll at £4.45 OR the Wurst Deal – any dog in a roll, pommes frites and a soft drink for £8.55.

Service is with a smile, the price doesn’t break your wallet and the taste is more then enough to put a wag in our tail.

All we can say is, their wurst is the best. So good in fact that we couldn’t help but return a few days later for another piece of the action as it’s dangerously close to our offices!

Head to Charlotte Street now to get a bit of Brat for yourself!