On Friday afternoon I returned from the pub at lunch to find an email from my friend regarding an exceptional opportunity granted to the public by Hawksmoor at their Spitalfields Bar. It’s been 16 months since the bar has been open and the guys at Hawksmoor believe that a little celebratory update is in order. To really get the party started they have decided that all of its customers will get 50% off for the rest of June, starting tomorrow! Before you rush to pick up the phone though, reservations are only available for groups of six or more. I’ve already started rounding up the troops so we can secure a spot as there is no doubt in my mind that this place is going to be packed with foodie fanatics, gagging for a beefy bargain!

In light of the update, if you haven’t been to the Spitalfields Bar before, here’s a little peak inside as to what you might find and some of my favourite dishes to get stuck into. 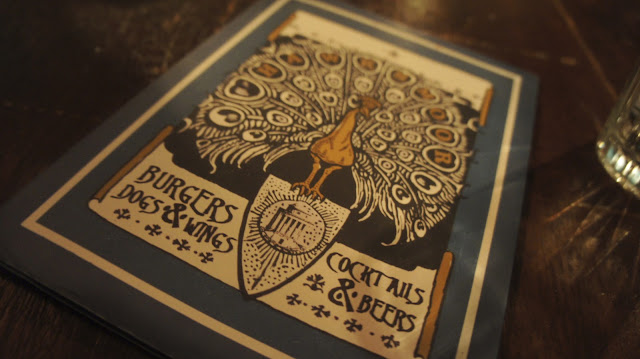 I was recently extremely fortunate to be treated to a surprise meal at the Spitalfields Bar courtesy of my friends in what ended up being a week long celebration of my birthday! The Sunday arrived and we were all feeling a little groggy from the previous evening’s shenanigans. Led unaware of our destination from Shoreditch High Street Overground, I was soon standing in front of a rather understated building with a small sign reading “Hawksmoor”. With great excitement I walked inside and made my way down beneath the streets to the bar area, intrigued to see what the menu had in store for us. The bar, was dimly lit, not surprising once we learnt that its former occupation had been to house a strip bar! I didn’t manage to get any decent pictures of the interior but I borrowed a few from Hawksmoor. We had booked the cool secluded little booth you see below, I can only imagine what went on in here before!

The reason we had come to the bar is because this was the only place you could get the burgers, dogs and other meaty treats. Hawksmoor is obviously famous for its steaks but for me, the last thing I want after a night out is a fancy steak. We were looking for that sweet, juicy fix of beef that you know only burgers and dogs can bring to the table and when we saw the menu, it was clear the right decision had been made!

The menu was full of incredible sounding food, the stuff that you know is going to be all over your cheeks and running down your hands as soon as you take your first bite. It took me an absolute age to decide what to go for but in the end my flatmate and I decided that to get as much out of the experience as possible, we’d order two mains and split them down the middle. We went for the Cheeseburger with added Shortrib and the Shortrib French Dip! We also ordered a load of triple cooked chips and the chicken poutine. A fine feast for five frightfully famished fellows, oh and one vegetarian (don’t ask!) wouldn’t you agree? 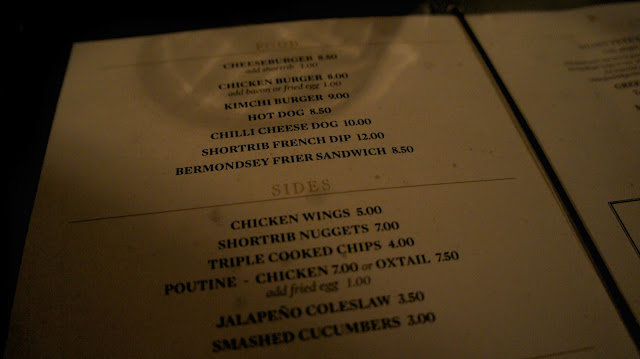 The Cheeseburger came stacked tall and well built, firm foundations from a soft brioche bun and a side order of that delicious Korean craze, kimchi. The short rib was already oozing down the sides and mixing with the molten cheese, ready for any drips to be caught on a famous triple cooked chip. The meat inside was pink as requested, surrounded by a lovely charred outer. The short rib worked well with the burger, combining to give an enhanced beefy hit as soon as it landed on the tongue. I wasn’t too bothered about adding the kimchi to mine though, it wasn’t intended to go with the short rib but we had ordered it as some of the table had never tried it before. 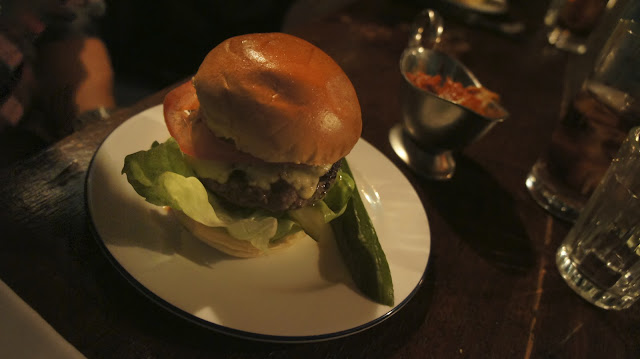 For me though, the showstopper was the Shortrib French Dip! This thing was packed full of incredibly tender shortrib meat, covered in melted cheese and topped off with a lashing of beefier than beef, bone marrow gravy! It was so good, I was quite sad I had to pass the other half over to my friend to try. The brioche sub bun was so soft and the combination of the ingredients inside made for the most satisfying comfort food ever, one bite and you’ve got the biggest grin on your face! 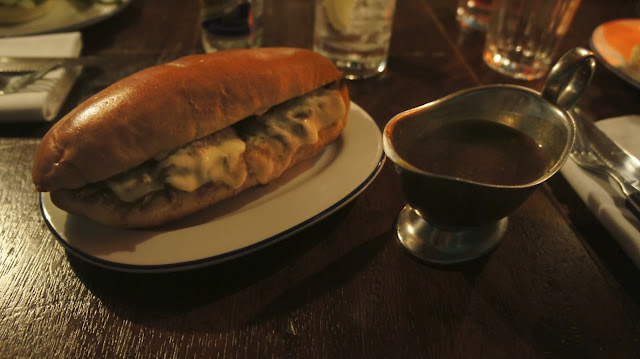 If that wasn’t enough to get your tastebuds tingling then the final dish will. This is a small but gorgeous little Chocolate Caramel Cup, don’t let its size fool you though, it’s deliciously indulgent and very rich. If your jeans are feeling the strain after your mains though, you can take the slightly slimmer option and indulge in three delicious Salted Caramel Rolos! 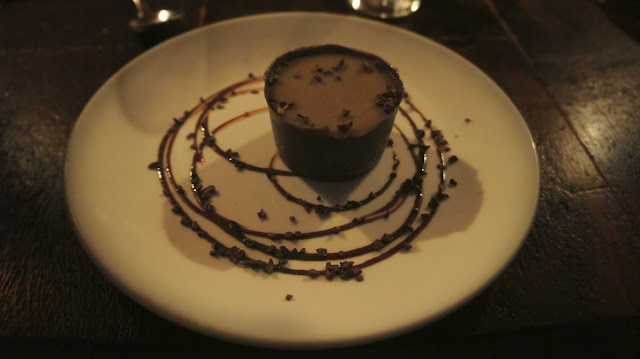 So with my three faves above for you, how could the new menu top that I hear you cry! Well when they open their doors for customers on June 10th, the new major highlights will be ready for sampling and if you complete this survey for them, you could be one of ten people who will win a £150 gift card! Now think of the feast you could have with that!

Here is a look at the new dishes coming to the menu on the 10th courtesy of their press release:

So a lot of exciting things to choose from and no doubt the public will be queuing around the corner to get their hands on them! If you want an opportunity to try some of Hawksmoor’s infamous food then June is definitely the month to get yourself down there!