They may be considered more mega-chain than artisan burger flippers, but it’s difficult to argue with the fact that Byron is a consistently solid choice for a pretty decent burger. They pride themselves on using well-sourced British beef in their burger patties, which are generally served nicely pink and juicy in one of their many satisfying menu choices.

This year, they’re stepping out of their comfort zone and into the realm of culinary ‘innovation’ with a new range of vegetarian and vegan menu items. Carnivorous evangelists may scoff at the idea that a burger joint would invest so much time and energy into meatless frivolities, but for a restaurant operating at the scale Byron does, it’s essential for keeping customers in. The rise of vegetarianism and veganism in the UK is indisputable, and… well, nobody wants to feel left out when they go out for dinner, so we say good on them.

New burgers include the all-vegan Beetnik: a beetroot falafel patty with baby kale and smashed avo (obvs) as well as the Jack Stack – a fully loaded veggie burger with a tasty bean patty, pulled BBQ jackfruit and slaw. But the headline act in this festival of flexitarianism is the Flex burger – a concept totally new to the UK that combines 70% British beef and 30% minced mushrooms for those who just can’t decide whether or not they’re in a meaty mood.

“The Flex and the Reflex burgers have been created because our customers want them. Whether it be for health or sustainability reasons, there’s lot of people who are more conscious about the amount of meat they’re eating right now. I wanted to create a burger that makes it easy for our customers to make a simple switch but keep all of the flavour of our proper classics” says Paul Mason, Head of Food at Byron. 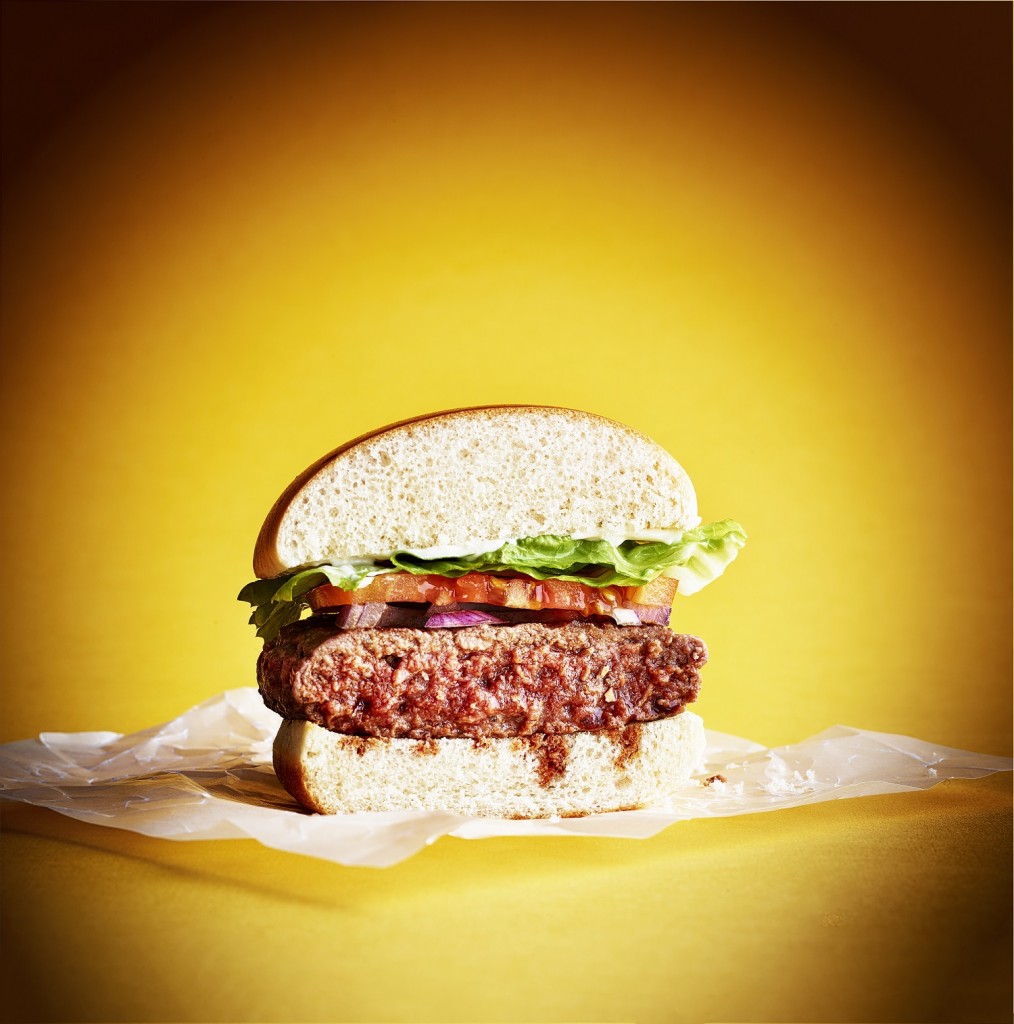 The jury’s out on whether it’s truly worth the sacrifice – in our opinion their classic, all-beef burgers and the undeniably delicious veggie Jack Stack are individually tastier and more satisfying than the Flex, but it’s certainly an option that will excite the UK’s meat reducers, and that’s no bad thing.

Find out more at www.byronhamburgers.com.