FIX promises all the class and finesse of Michelin star food in a strictly un-Michelin star setting. The new restaurant in Hackney feels more like a youth club than a fine dining experience but don’t be deceived by the stripped back interior – the food is a far more extravagant proposition. 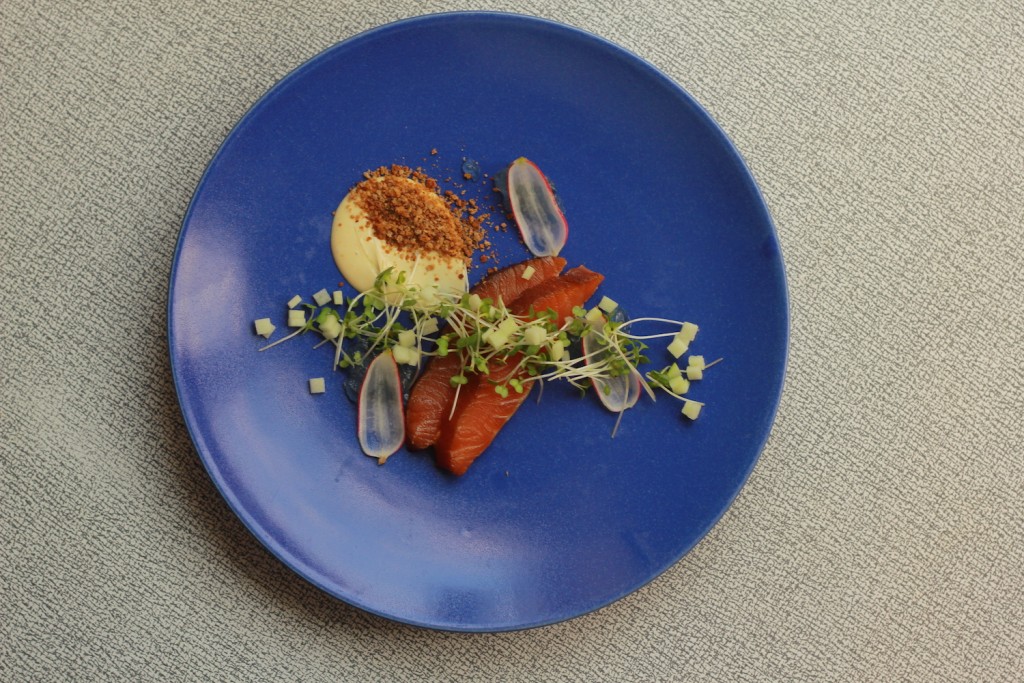 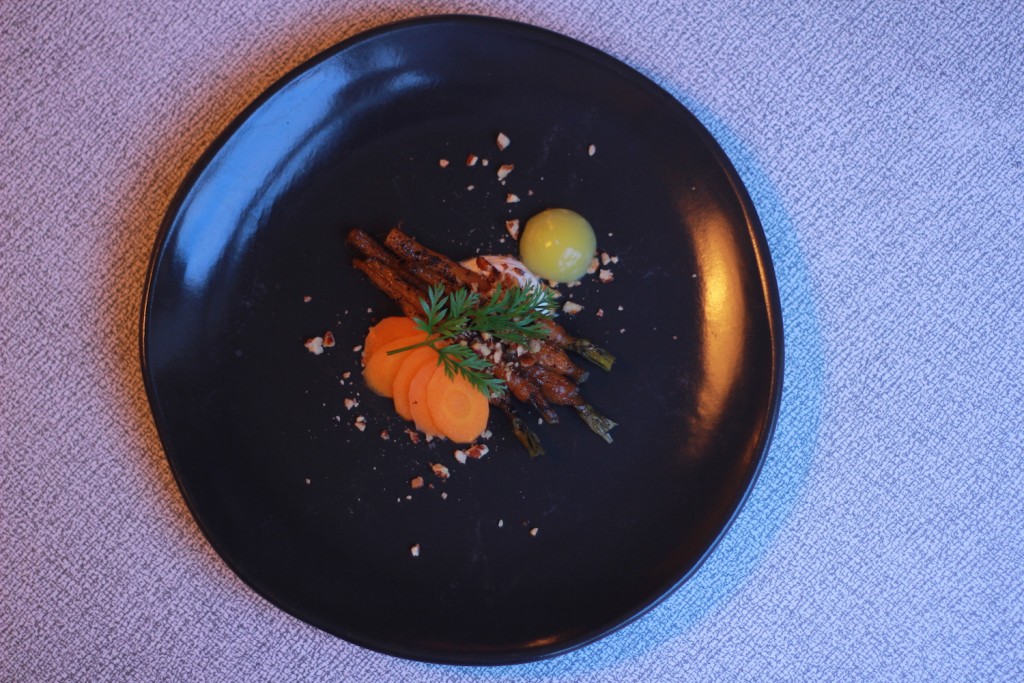 Chef James Cochran spent his entire career until the launch of FIX working in various Michelin star establishments but grew tired of the stuffy atmosphere. Along with pal Anna Downham, the marketing brains behind the venture and the face on the restaurant floor, James launched FIX as an antidote to the haughtiness of nouvelle cuisine across London (the restaurant is a ‘fix’ to offending fine dining venues).

The restaurant offers three different menus comprising various British tapas plates, which are changed on a monthly basis. We enjoyed an assortment of plates from all three menus handpicked by James during our visit.  Among the highlights was our first dish of the evening – two slices of Sourdough coated in Whitstable Bay Ale, Montgomery Cheddar and Cauliflour, served on an intriguing block of salt which, we were told, infused the Sourdough slices with seasoning.

The climatic dish was 55 Day Aged Pork Belly with Celeriac and Sea Astor. And what a climax it was. A thick cut of fantastically flavoursome pork encased in a divine layer of crispy fat. At just £9.50, this pork belly dish was an example of FIX’s mantra in action. Dishes with flavour of the highest order, at reasonable prices, enjoyed with a laid back vibe. A triumph.