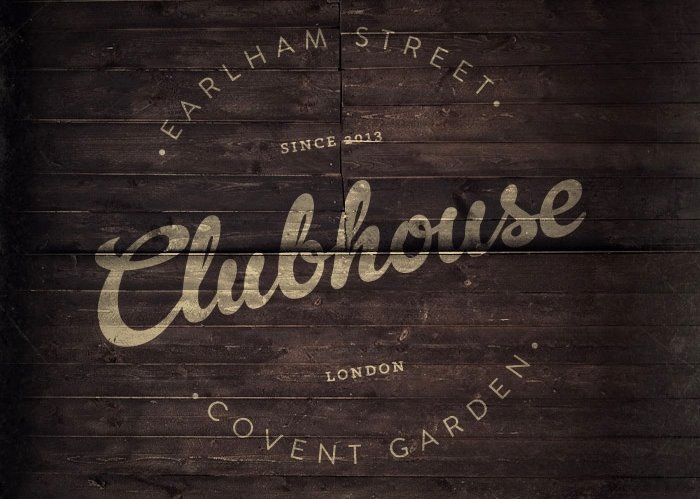 Last week I was lucky enough to join a selection of the city’s press at the launch of a new joint in Seven Dials called Earlham Street Clubhouse, for a raucous party and a sneak peak at their East Coast USA inspired Beach Clubhouse. The underground retreat offers up a taste of preppy America inspired by the Hamptons mixed with a retro edge and works well as a location for a laid-back party vibe. At first you don’t realise the size of the clubhouse until you make your way through the dimly lit bar to discover private booths and a cavernous wood-pannelled vault for drinking with added privacy. The booths are even fitted with their own phones and boast vintage gas pumps, serving ice cold beer directly to the table! 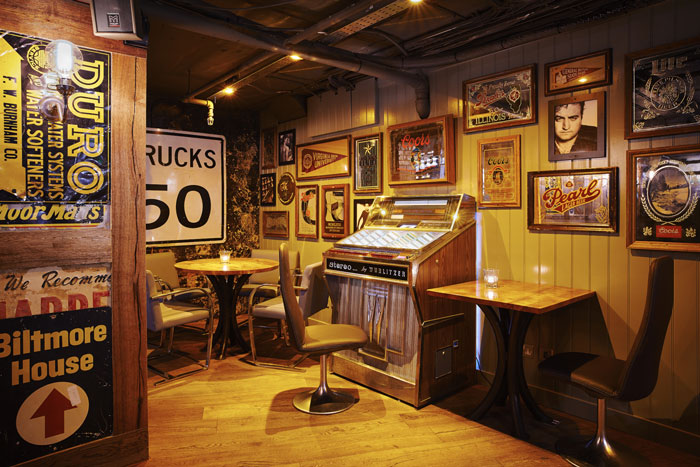 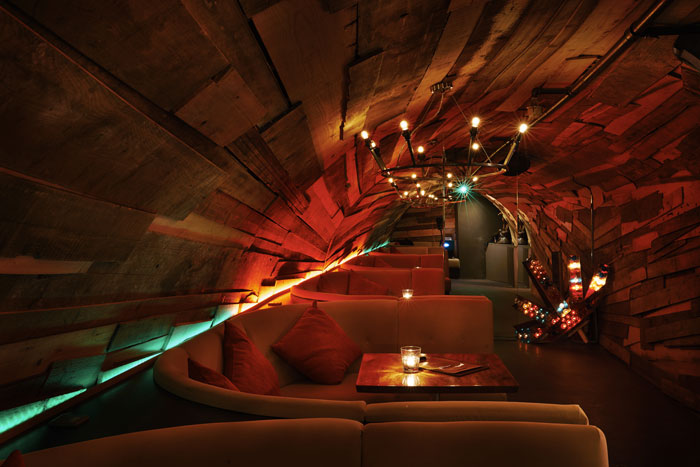 By the time we had arrived, the party was already kicking off, with the jukebox in full swing and the bar buzzing with anticipation. We were quick to join the crowds at the bar and order some cocktails. The cool thing about the menus are that they are attached to the ceiling on retractable chords, meaning you never have to go far to find your next sipper!

The menu is a collection of creative and potent drinks that are all named after American pop culture. We started off with a toast to one of my favourite films, the Cruel Intentions. This was a mix of Ciroc Coconut Vocka, Guava, Pineapple & Lime, served long! 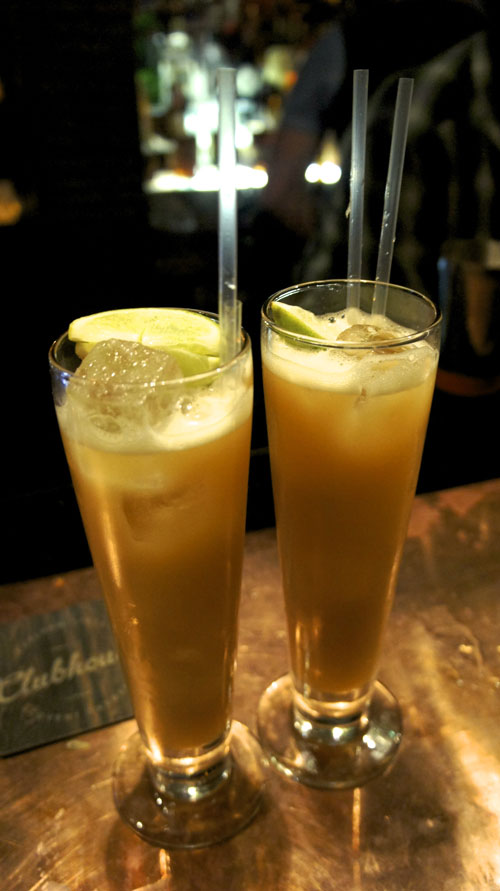 To accompany the drink offerings, Earlham Street Clubhouse offers up a selection of New York wood fired thin crust pizzas, created by the award winning Chef Toni. They are sold by the slice, and in 12” and 20” sizes and ranging in price from £3.50 to £18. The flavours follow the same line as the cocktails with pizzas named after Marty McFly, Happy Gilmore, Dawson’s Creek, Ross & Rachel and more! 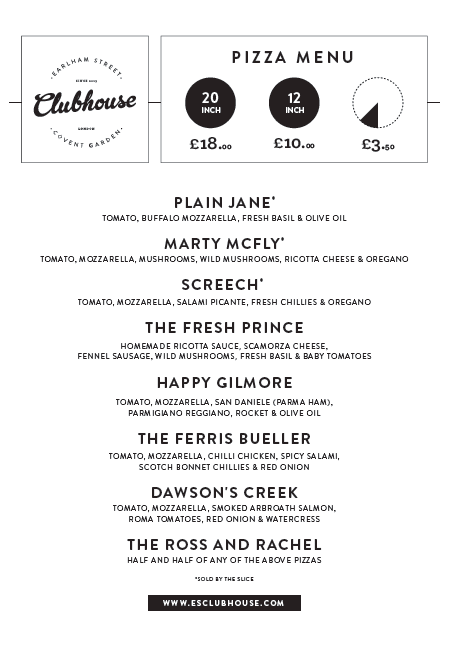 I got my hands on half a “Screech” and surprisingly, unlike the guy from Saved By The Bell, it packed a serious kick courtesy of the Salami Picante!

The pizza kept coming to the table and with it we tried more and more of the cocktail menu. One of my favourite drinks of the night was the Show Me The Money. Not for the faint hearted, this had some serious liquor inside with a combination of Five White Spirits, Lemon, Sour Apple Liqueur, Mountain Dew (awesome!) and finished with a Wray & Nephew mist! Of course they were served in the infamous red cups, synonymous with all American party scenes. 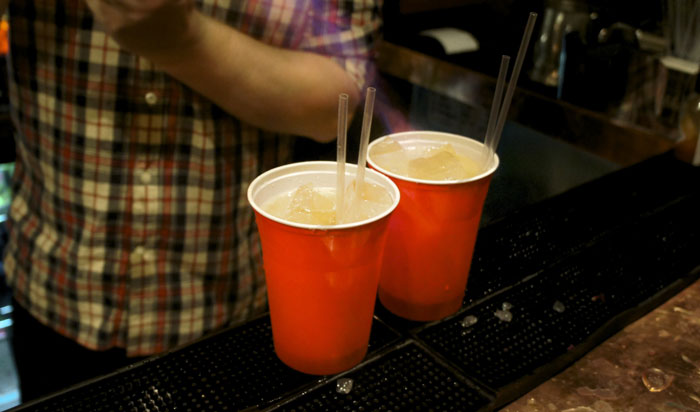 The booze kept flowing till the early hours and the guests continued to party like it was Stifler’s lake house after prom! If you fancy a piece of the East Coast party scene for yourself, head down to the Earlham Street Clubhouse soon! Go easy on the cocktails though as they’re stronger than you think. Over indulge and you may find yourself at work the next day, wishing you’d pulled a Ferris Buellar!