10 years ago, Brick Lane was filled with antique shops. Five years later, most of those antique shops became coffee shops (though still filled with the same antiques) and today, they’ve largely been turned into slick restaurants and bars with bare brick walls and ‘industrial’ lighting. The whole area has had a massive facelift, but seems to have lost quite a lot of footfall in the process. 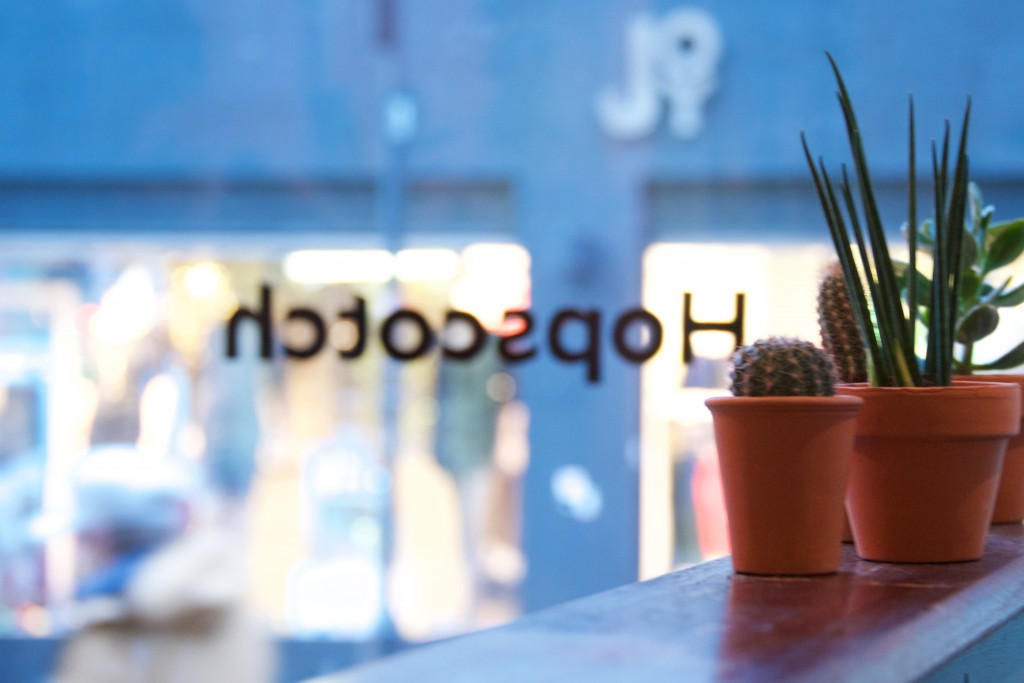 This is a shame, because some of the places that have opened up, rubbing shoulders with the novelty cereal bars and technicolour-beigel shops, are actually pretty good. Take Hopscotch, for example. It’s the latest venue from Jonathan Cowley, the brains behind Chick’N’Sours and drool-worthy Bleecker St. Burgers, though Hopscotch is far more sophisticated than its gourmet-ified junk food cousins. Its interior ticks off almost every millennial design trend you could think of (copper pineapples, palm leaf print wallpaper, succulents), and has a speakeasy-style ‘drinking den’ tucked away in the basement, but the menu is less trend-driven and more original than you might expect. 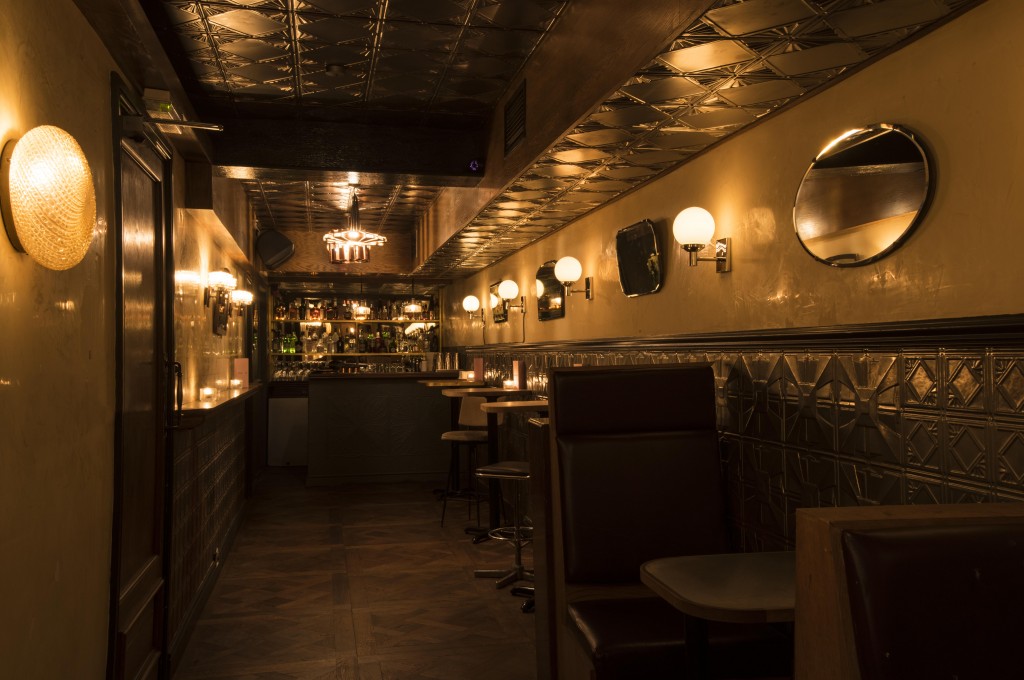 We start off with a couple of cocktails, immediately drawn to the Golden Cadillac, described on the menu as ‘like a cloud’. And like a cloud it was – a cross between a sour and a meringue – sweet, sticky and tart. The Ginger Bison, made with bison grass vodka, apple, spices and ale, is also a fresh and fragrant palate-awakener.

The menu is a selection of small plates, with just the right number to choose from (there’s nothing worse than a too-big menu). The dishes are well priced and the portions are generous enough for two, and it all comes from an impossibly small kitchen behind the bar. 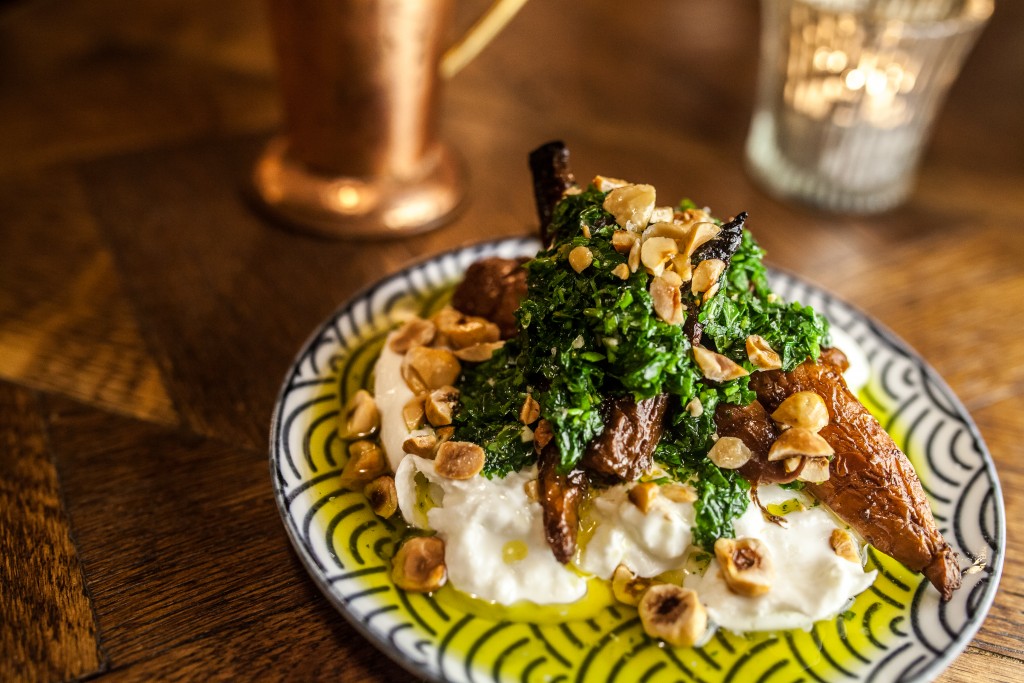 We can’t resist smoked eel, which is served on a crunch of rye toast with a tang of sauerkraut and apple garnish. Next up comes scallops with fennel and garlic sausage, served on charred corn and drizzled in green pil-pel and chilli butter. This goes down fast. We also devour beef short rib which is fall-apart-at-the-touch-of-a-fork tender and swimming in a gravy that reminds us of bovril only much, much better, pepped up with pickled onions and a hint of horseradish. 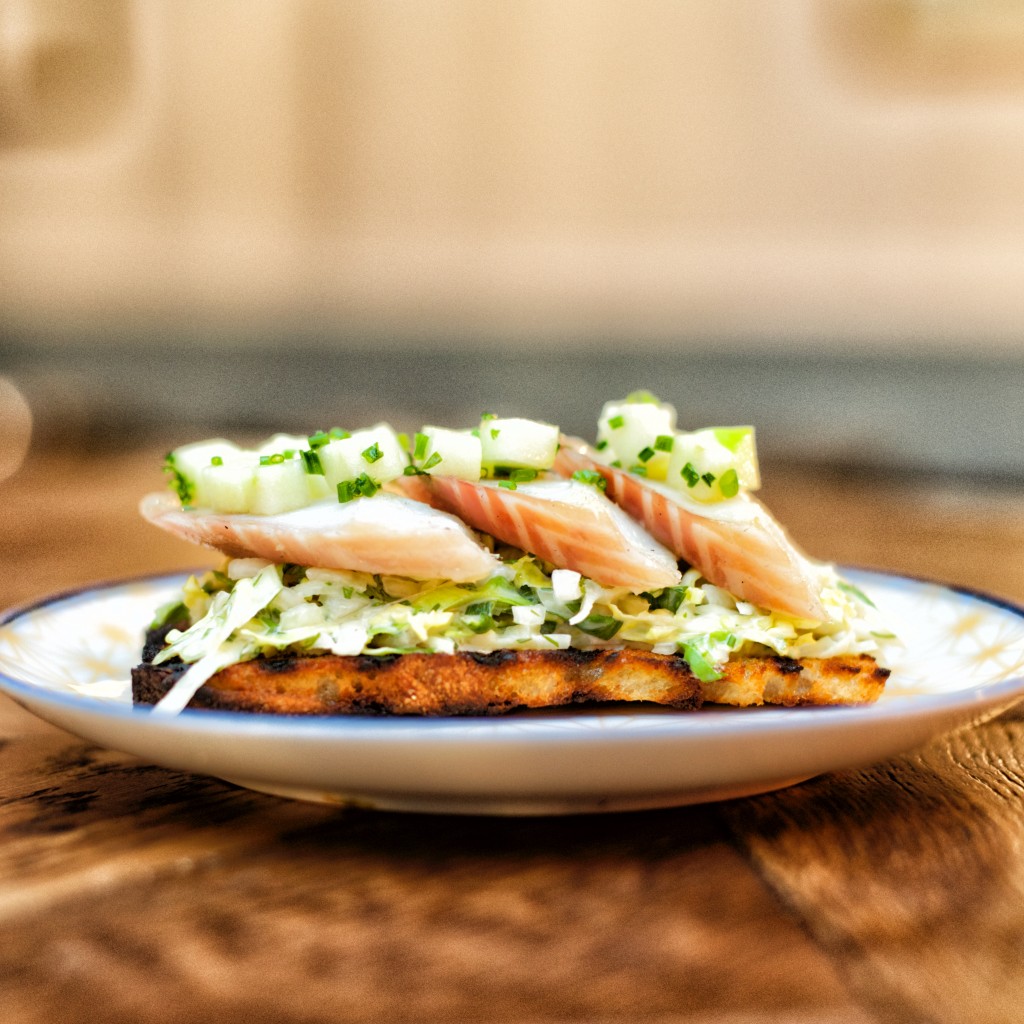 The real showstopper, however, turned out to be one of the sides: grilled hispi cabbage (which seems to be everywhere at the moment) dressed in miso butter (swoon) and topped with parmesan and a hint of spice. “I could lick that plate” our dining companion says. Thankfully, she doesn’t, and we settle for spooning up every drop of umami goodness.

Hopscotch is really stylish, really delicious, and the staff are brilliant. Go fill it up.