More Italian than Federico Fellini eating a bowl of spaghetti alla puttanesca and complaining it doesn’t taste as good as Mamma’s, Mother is a surprising slice of authentic Italy in South London.

Mother Pizza has been incredibly successful in Denmark, with a lot of reviewers bandying the phrase ‘best pizza in Copenhagen’ about. After ten years in the Danish capital, the pizzeria and wine parlour has opened its doors in London. They’ve opted for the spanking new Battersea Power Station development, in its buzzing Circus West Village. It’s a bit of a trek to get there – winding up private roads and past security booths – but it’s worth it to see one of London’s most iconic buildings all lit up. Mother is in good company in its new Battersea home, rubbing shoulders with the Wright Brothers and Vagabond Wines. Although it still feels like a liminal space, this is sure to change as construction is completed and summer rolls in. The restaurant space is magnificent, like the spaces under railway arches all over London, but pimped up to the size of a small aircraft hangar. It’s tastefully lit, with plenty of dark corners for first dates or accidental tomato sauce spillages, and the art looks, appropriately, like beautiful flotsam dredged from The Thames.

A glance at the menu clarifies that this is more than pizza. Owner David Biffani orders a selection of antipasti for me to ensure I get the best of everything. First up, a new olive oil that has, like much of the produce at Mother, been imported straight from Italy. It’s more bitter than most olive oil, with a fresh taste that is far from any supermarket oil. Then we have bruschette – creamed tuna with capers, vine tomatoes and garlic, and chickpea puree with rosemary. All are delightful, but the tuna surprises me the most by becoming one of the highlights of the meal. I nod politely when David tells me he is ordering us some ‘suppli al telefono’ – it turns out to be fried rice balls filled with mozzarella, similar to arancini. In Italy they are a common street food, to fill you up as a snack. The mozzarella is produced in Oxford rather than Italy because the freshness and quality is, David says, of the highest standard. The last starter is also the best, a battered and salted cod (baccalá fritto) that is light, crispy and completely devoid of mush. It strikes me as a mini-homage to all the Italians who emigrated to the UK and opened up fish and chip shops instead of trattorias to keep locals well-fed.

Finally, we move onto the pizza. After the variety of the starters, we decide to keep it simple with a good old margherita. It’s been made in the impressive bespoke pizza oven, using seawater imported from the Mediterranean. This gives the dough its distinctive tangy sourdough taste, but also a lightness so you can have slice after slice without having to be rolled onto the Thames Clipper home. It’s delicious, and it feels a little like you’re robbing Italy at only £8.50. 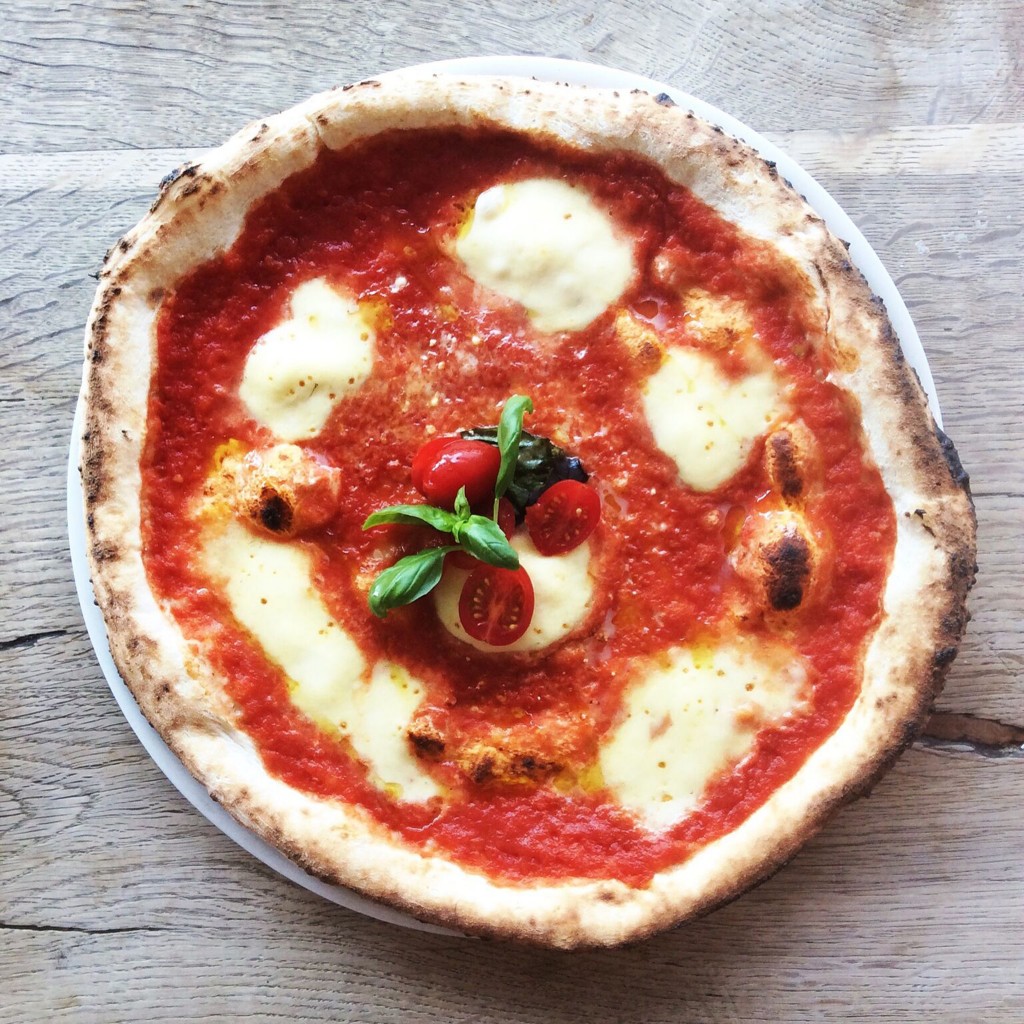 The wine list is impeccable as well – all are Italian (what else) and have been selected especially from vineyards that the owners have visited. The Ronco Severo orange wine is particularly good, while the Prosecco is light, fresh and very well-priced.

Mother is a meal in which every detail sings of Italian authenticity. Just, presumably, as Mamma herself made it.