Carnivores, assemble. Blacklock (part of the meaty empire headed up by chef and butcher extraordinaire Richard Turner, the same brawn behind Hawksmoor, Foxlow and Turner & George), is opening its third restaurant in Shoreditch, so East Londoners will no longer need to voyage to the City or Soho to tuck into chops and cocktails. 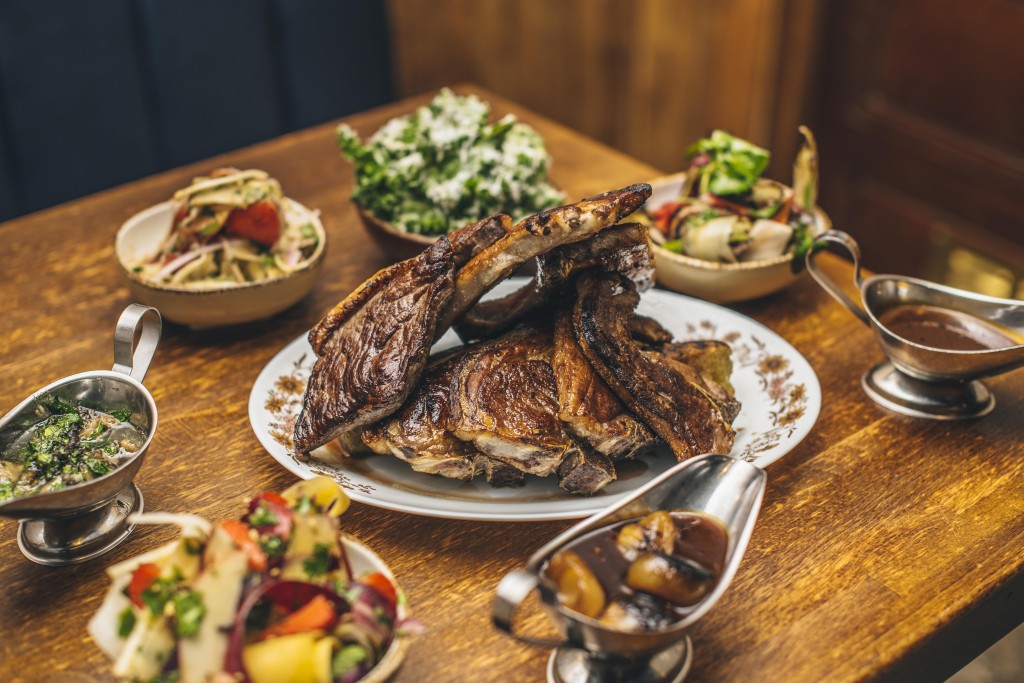 We were invited to one of their soft launch evenings (doors open officially on Monday 8th October, though rumour has it they’re already taking bookings) to road-test the tried and tested format, because how could we refuse? Having been to Blacklock before, we were already confident we were in for a solid meal, and we were right to think so.

The Blacklock concept is based on a winning combo of cocktails on no particular theme other than boozy, and a wide-but-not-rambling selection of chops, steaks and roasts. Don’t expect to be taken on a voyage of culinary discovery and inspiration, but do expect to smack your lips over juicy, well-seasoned and perfectly cooked meat with crisped up, smoky fat (isn’t fat delicious?) and a shitload of tasty sides and sauces.

As well as the main event, they’ve created a menu of rather classy bar snacks and starters — the pig’s head on toast in particular is an eye-rollingly decadent, filthy-delicious plate of food. There are also the unexpectedly delicate ‘pre chop bites’; a neat tray of canapé-esque nibbles, which also come as part of the ‘all in’ menu option as a precursor to a plate laden with chops. 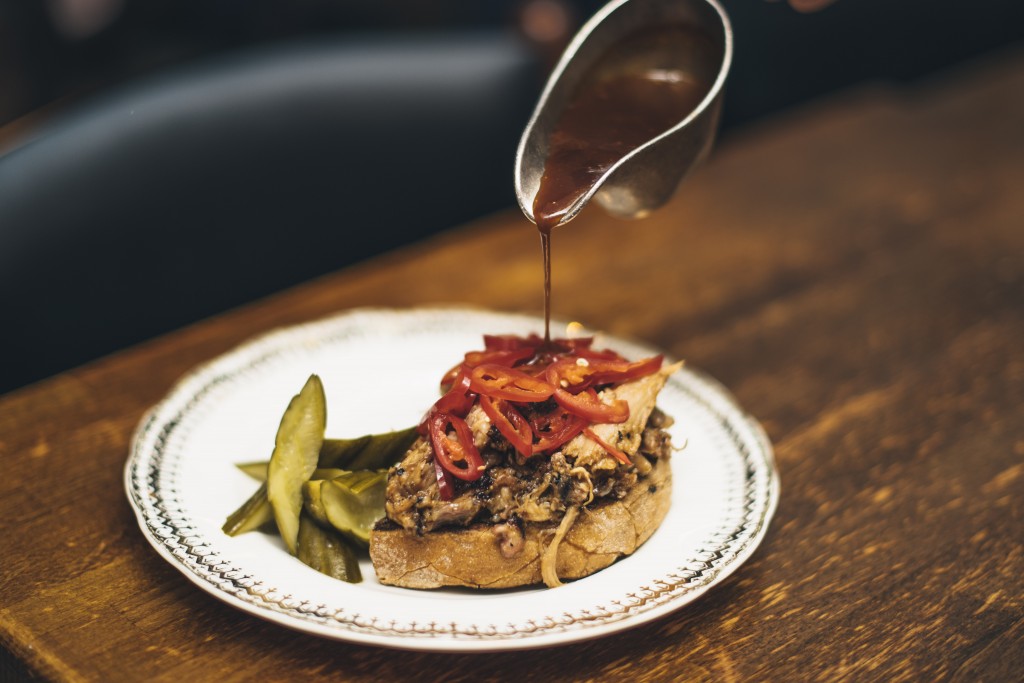 The restaurant itself is smartly decked out and vibey, with a soundtrack of ‘70s and ‘80s hits (at one point, the dining room gets so into it that one table put their hands in the air and audibly sing along to Vogue by Madonna) so this would be a great place to have a meal before a night out in Shoreditch. In fact, the music’s probably better than most clubs in the neighbourhood.

We finish our food with the endearingly persistent flavour of garlic in our mouths, thanks to the ‘garlic marrow spread’ – listed as a sauce, but really worthy of being a side all its own. Chunks of marrow dripping in garlic and parsley mean it’s everything that’s good about French snails, but without any moaning, unadventurous dining companions in sight. It’s so yummy that it almost becomes the star of the show, and the steak we’ve chosen with which to have it simply a vessel for consuming more.

Reluctantly, we agree to wash it away with a final cocktail ‘from the trolley’ – and so a kitsch cocktail cart wheels its way over to us from across the room, from which our friendly host whips up two monster-sized old fashioneds.

Chop chop: Blacklock Shoreditch (on Rivington Street) opens 8th October and is sure to be busy. Go for the food, stay for the masterful use of fat, bone marrow and booze.