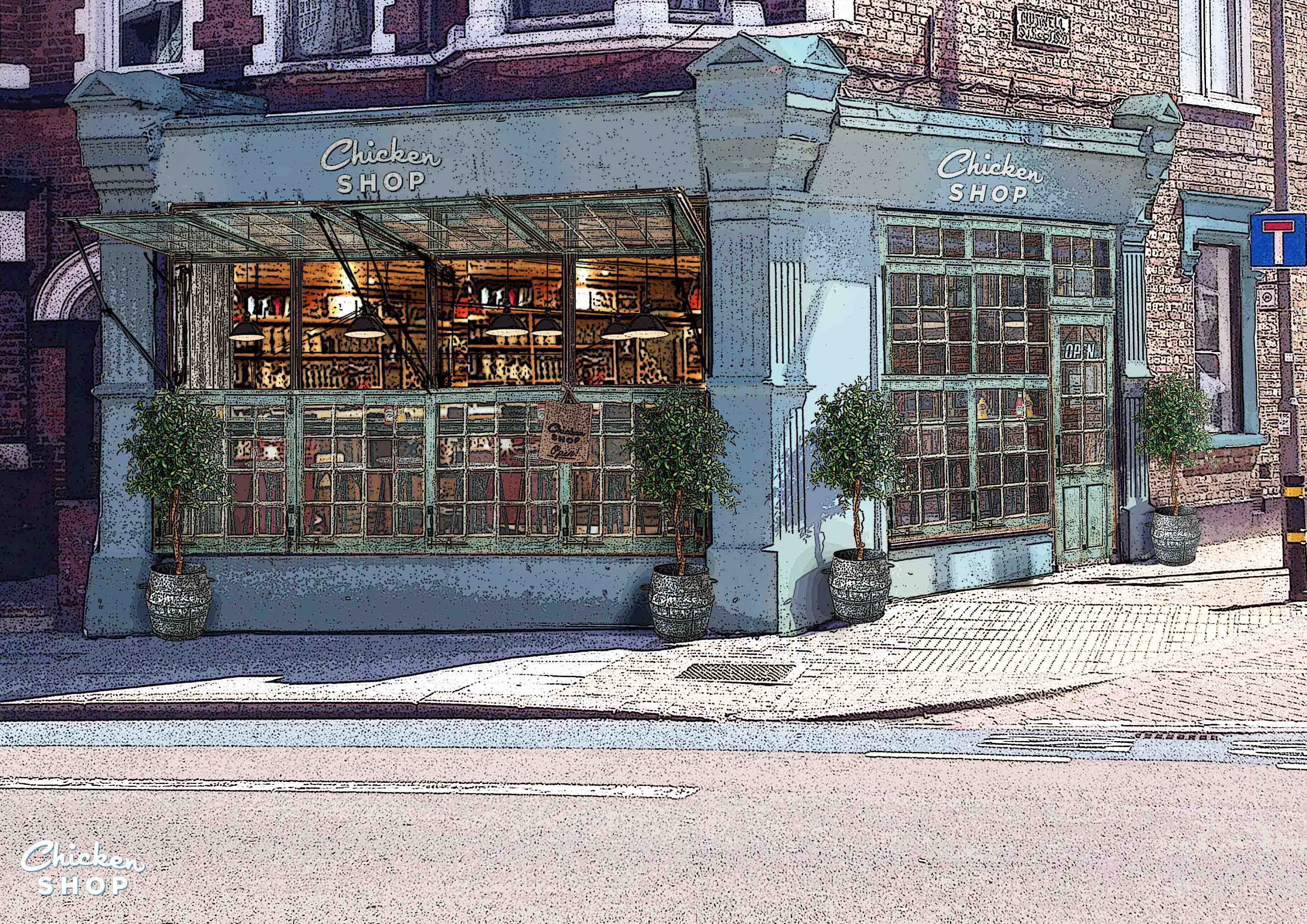 On the 26th of November, Soho House will open Chicken Shop in Tooting, South West London. The new site follows the success of the first Chicken Shop, which opened in Kentish Town a year ago.

The menu, created by Nick Jones, CEO and founder of Soho House, will mirror the Kentish Town offering, dedicated to serving quality rotisserie chicken. The chickens are roasted utilising a unique cooking method and secret marinade recipe, both developed in-house. 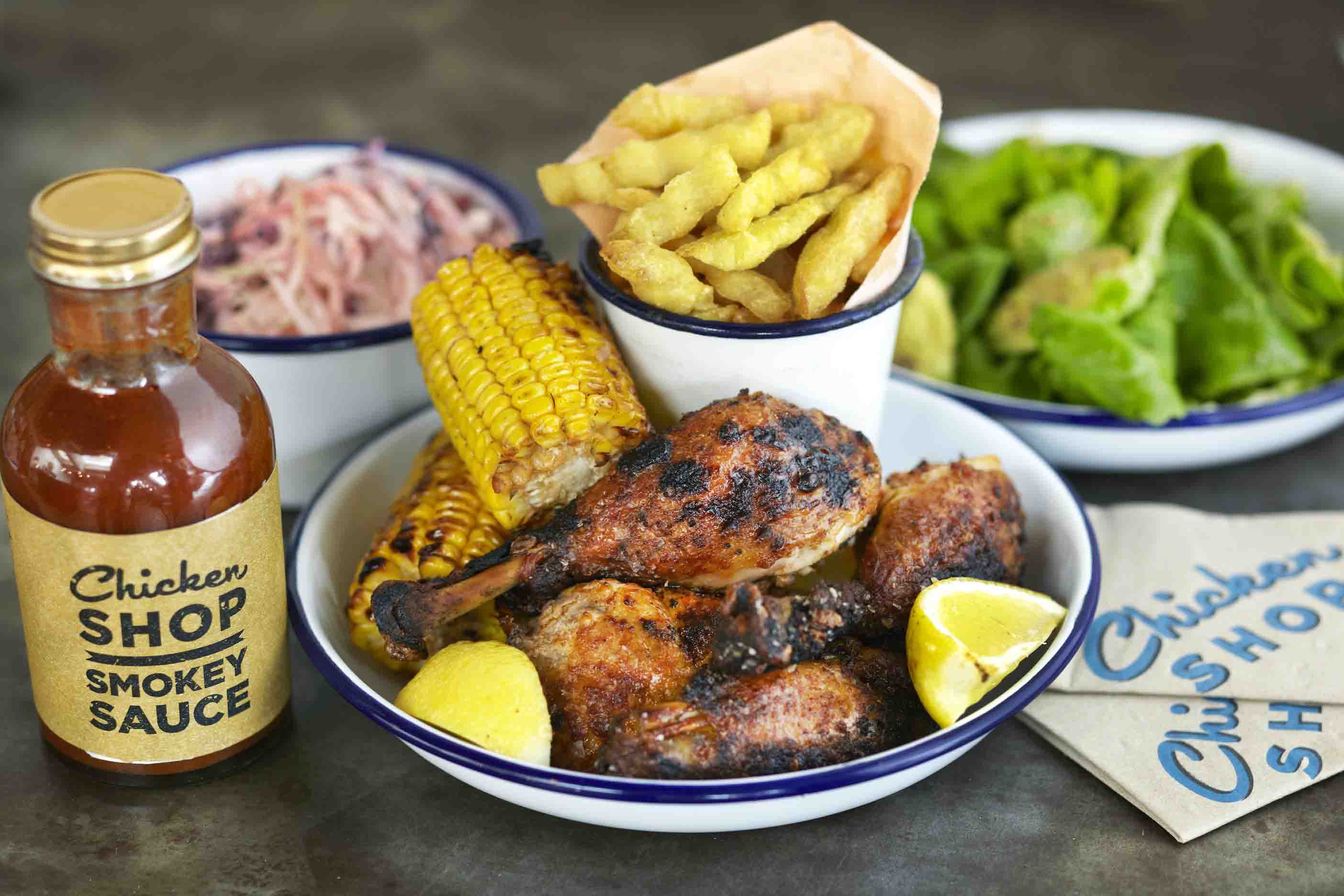 Chicken is the only main course available, served quartered, halved or whole with simple sides including crinkle-cut chips, creamy coleslaw, corn on the cob and butter lettuce salad. Guests can choose from two sauces, Smokey and Hot, both created on-site and exclusive to Chicken Shop. American-style desserts include deep filled apple pie, where guests are encouraged to ‘say when’ on their size of slice; other options are warm chocolate brownie or lemon cheesecake, all served with either cream or ice cream.

The 50-cover restaurant has been designed in-house by Jones and his team, who took inspiration from the look and feel of 1950s American general stores. In addition to smaller tables, a large wooden bench in the centre of the room encourages communal dining.

Chicken Shop Tooting will be the second Soho House restaurant to open in South London this year, following the launch of Dirty Burger Vauxhall in August. The two sites are the first of the group’s concepts to head south of the river.

Head down on the 26th and catch a  glimpse of the action before the word gets around! Guaranteed to be a big hit this Autumn!