After a little break over the festive period, this week is going to be full of some of the great places I sampled before I headed home to Gloucestershire for Christmas. First up is one of Soho House’s newest venues and it is only recently that I have realised just how many strings the Soho House Group has to it’s bow. After the opening of their second Dirty Burger location in Vauxhall last year, the latest to join the long list of their establishments is the Chicken Shop, which opened in Tooting in the final few weeks of 2013!  I’d never been to their first location in Kentish Town but apparently Giles Coren is a huge fan; so I was intrigued to see just how they’d managed to receive such high praise.

I headed down one night after work to find a pretty cool and shabby chic looking place on the corner of Tooting High Street. It’s reputation had obviously made it South though as the place was rammed already at 6pm! 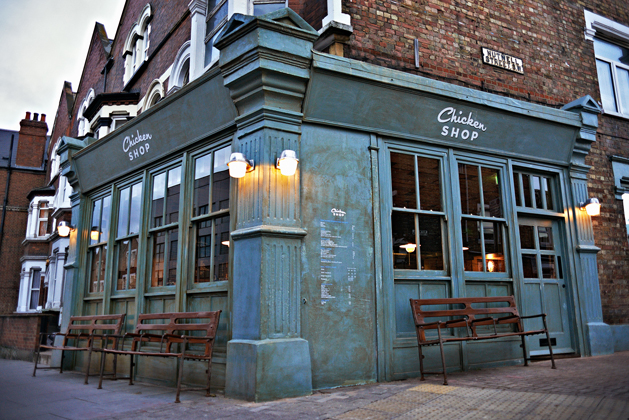 The interior matches the outside, with a reclaimed wood effect creating what feels like an old shack and dimly lit lighting that adds to the chilled laid back atmosphere. As you enter the door you are confronted head on with the open kitchen where they serve up one thing and one thing only, Rotisserie Chicken fresh from the spit! So for those of you that struggle with fears of food envy this is the perfect place for you, as you leave indecision at the door. You aren’t completely bereft of choice though as there are great options for beverages, sides and of course dessert! 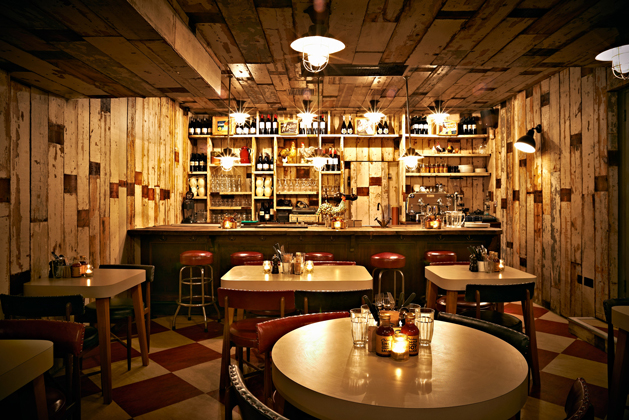 I took my seat with an ice cold ginger beer and set to ordering a mountain of food! A Whole Rotisserie Chicken, Hand-Blanched Crinkle Cut Chips, Homemade Coleslaw & Corn On The Cob. For those of you wanting something extra healthy to accompany your chicken, there is a Butter Lettuce & Avocado Salad but green just isn’t my colour, if you know what I mean. I think at this point it would probably be best to inform you that I wasn’t dining alone, my friend had joined me to help in polishing it all off, I’m not that greedy honestly! 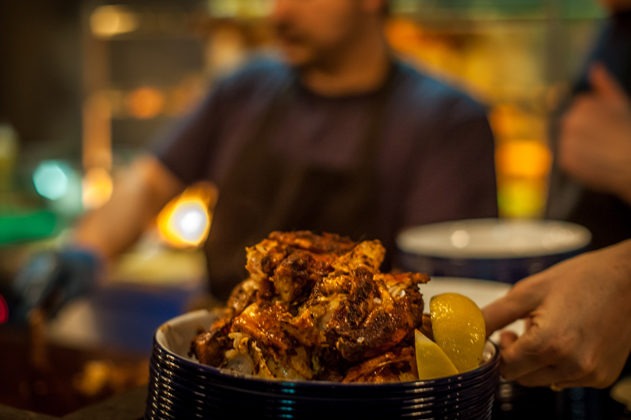 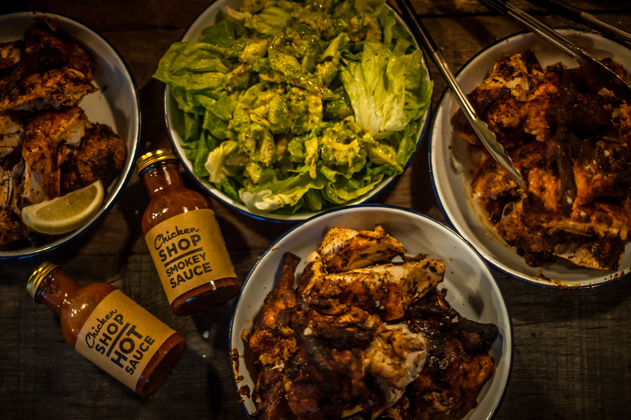 I took a few big chunks of succulent chicken breast from the giant mound in front of us and slathered it in Chicken Shop’s Smokey BBQ Sauce. It’s a simple formula for success with no real flavouring but seasoning added to the chicken during cooking. Diners are then left to decide whether they want either Hot Sauce or Smokey Sauce or to just eat it as it comes. One thing’s for sure though, the chicken tastes delicious, cooked to perfection so the meat is moist with a great bit of flavouring from the charring.

The Corn On The Cob went down well too but the Hand-Blanched Crinkle Cut Chips were the real stand out dish of all the sides. I’m a big fan of the old crinkle cuts but it was the crisp texture that made the difference, made even better when dunked in that smokey BBQ sauce. There was so much chicken that we couldn’t finish it all in one sitting so our waitress kindly bagged it all up for us to take home.

We couldn’t leave without trying their famous Apple Pie though so we decided to order a little slither of this too before we made for home. The unique selling point for their Apple Pie though, is that you get to dictate the size of your slice! If we hadn’t been so stuffed, we definitely would have taken full advantage of this generous offering as our waitress turned up with the most amazing looking pie. The best way to describe it would be to think about the pie that Jim obliterates in the original American Pie film and that is what was brought to the table. It was massive! We then chose our slices and added either Cream or Vanilla Ice Cream. It couldn’t be more simple and the perfect end to an awesome feed!

If you live in close proximity to Tooting then you should be rejoicing at the news of this new opening. If you do and haven’t heard or checked it out by now, you had better get a move on and get down there quick! Expect queues if you are going at peak times as there are sadly no reservations allowed!