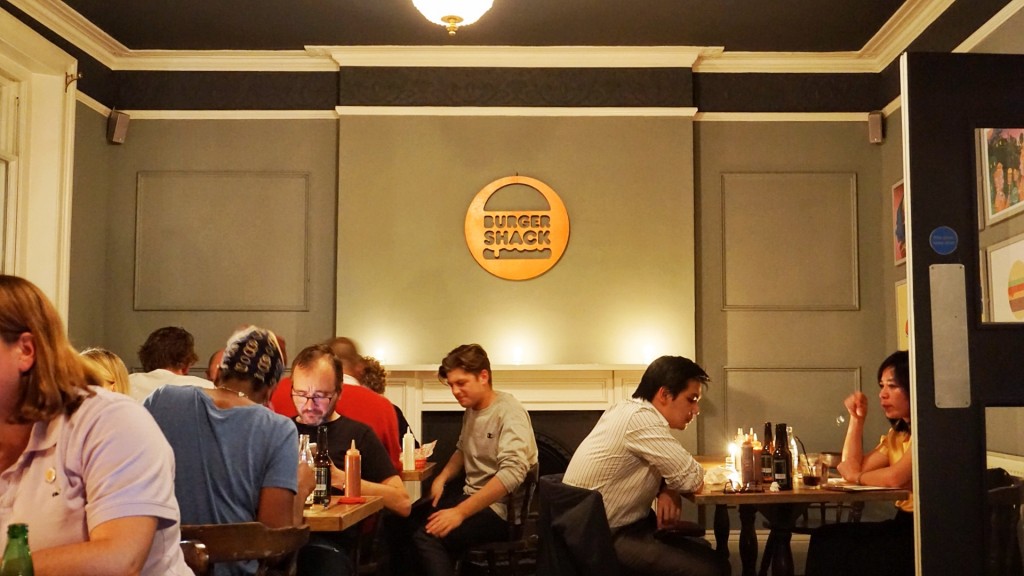 A few weeks ago, we were summoned to The Royal Oak pub in Marylebone for a night of burger tasting with one of London’s most cultured burger palates, Burgerac. We were here to sample his new venture Burgershack, alongside some very familiar faces from the burger scene. Burgershack is located above the bar, in a private dining room area. The space is relatively small but works well and looks great with his famous burger artwork adorning the walls, transforming it into a sort of burger temple. Quite apt really!

We were presented with the two beef options to sink our teeth into. The first was the Burgershack burger, also known as the Posh One. It consists of a 6oz Beef Patty, Cheddar, Crispy Pancetta, Chipotle Burger Sauce & Lettuce, served with a pot of Lime & Coriander House Slaw.  The burger was well seasoned and cooked to perfection, no less than what we expected from the man who is the self-proclaimed burger detective, hunting for London’s greatest burger. The pancetta was a welcomed change to the the bacon that we have become accustom to, adding texture and flavour in abundance. The only improvement we could have offered for The Posh One, is that there be an extra dollop of chipotle sauce added. Mainly because we love the stuff and can never get enough. 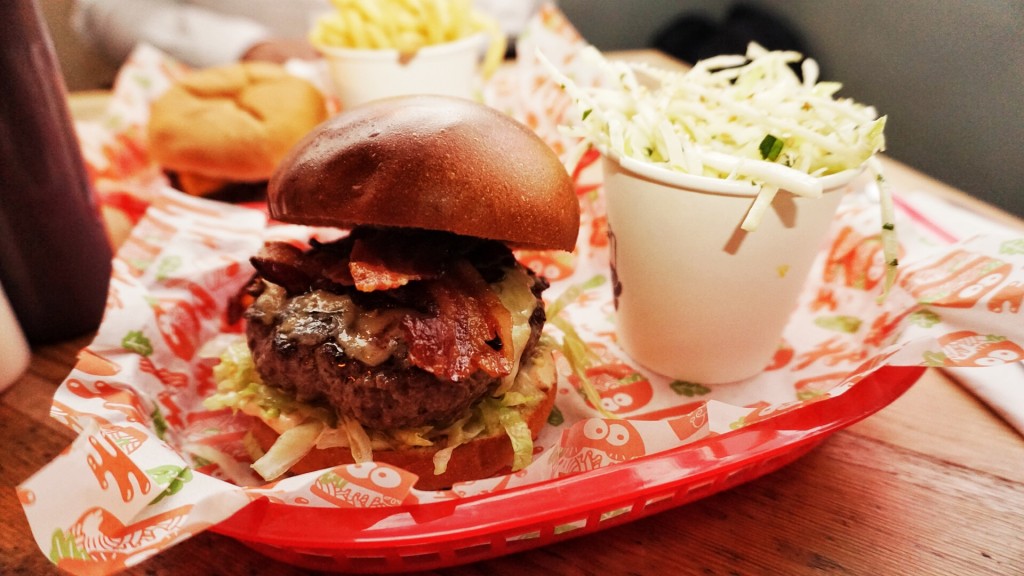 The second option was the standard Cheeseburger, also known as The Dirty One. Again, it’s a 6oz Beef Patty but this time it was covered in that old favourite, American Cheese plus Onions, Pickles, Ketchup & Mustard andhoused in a super soft white bun. This was definitely the dirty brother of the two! It was oozing lava-like cheese and the burger juice was pooling in the basket. It was served with a side of French Fries too. 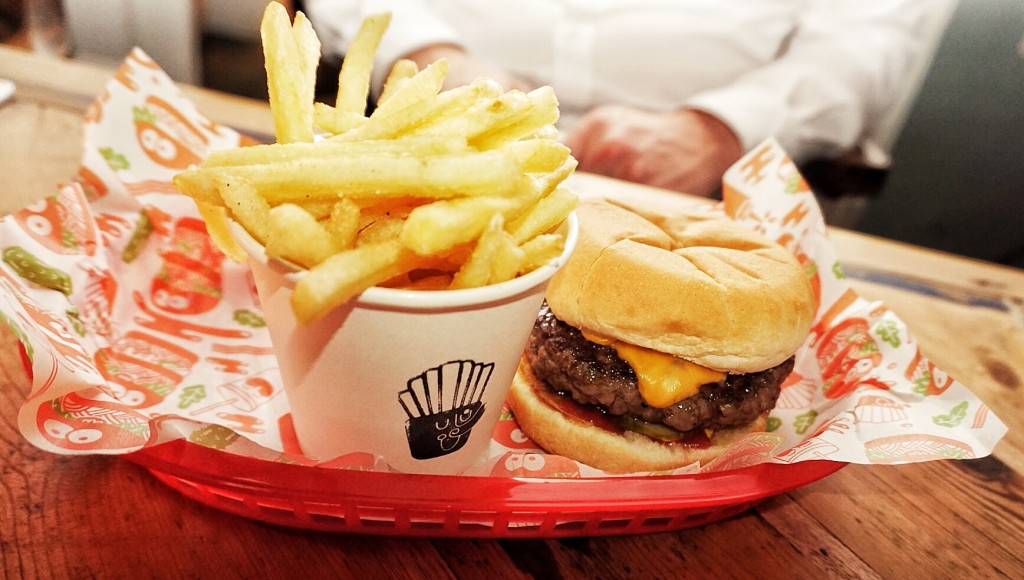 Here at We The Food Snobs we love a filthy burger, so it was probably no surprise that the Dirty One went down so well. We’re suckers for those squishy buns! 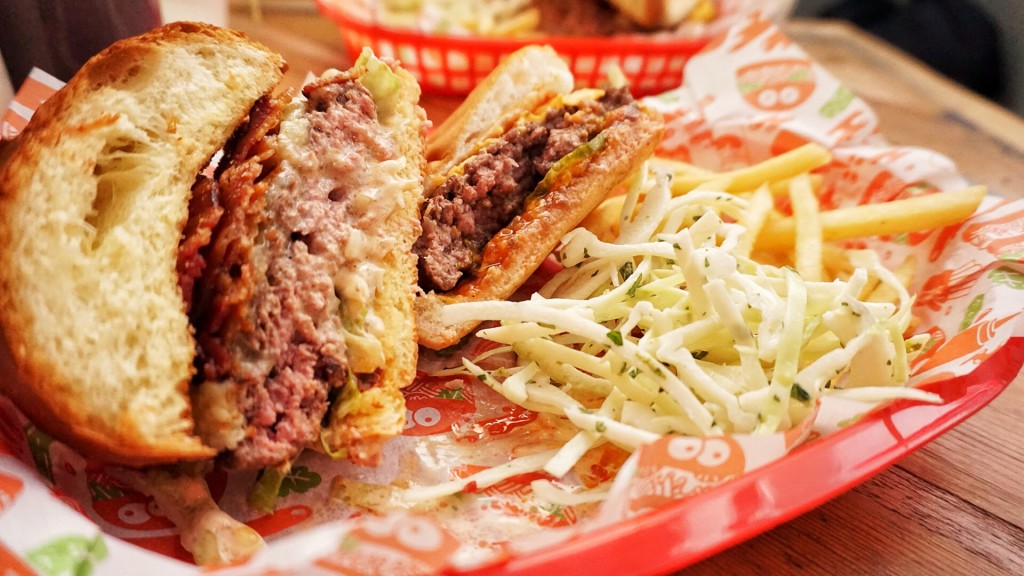 As for the sides, you can’t go wrong with the Chilli Fries but the real treats were the Amazeballs – Deep Fried balls of slow cooked Pulled Pork Shoulders and Chilli Poppers – Deep Fried Cheesy Jalapeño Bombs. We could have popped a bit of both all night long! They’re seriously good! 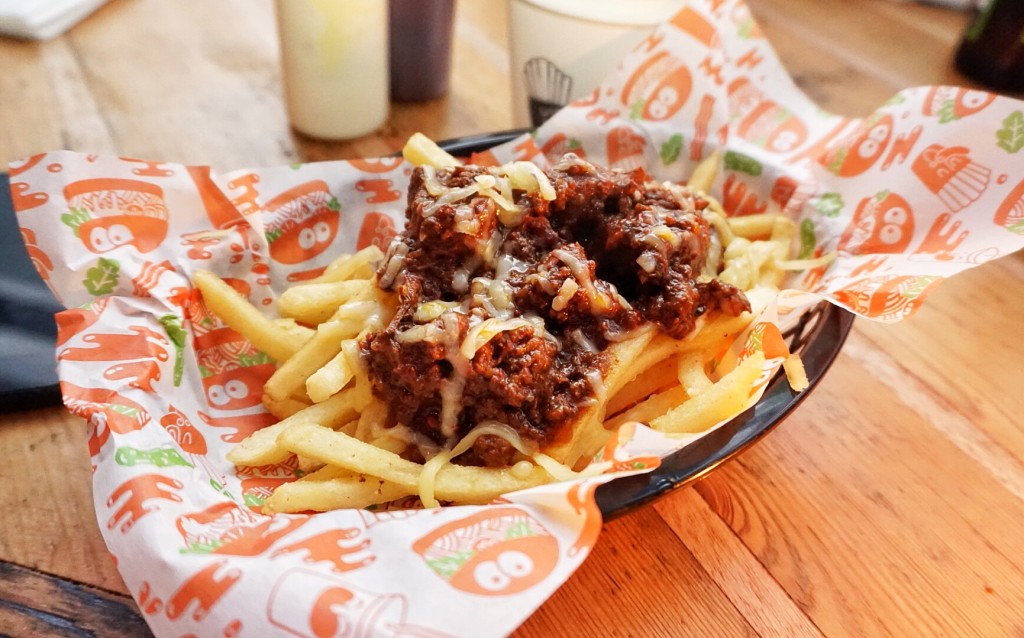 After the fantastic meaty feast, we finished the evening off with a set of delicious gelato from Gelupo. One a Coconut and Passionfruit the other a Condensed Milk and Chocolate. Really soothing stuff for the palate and a nice little treat for Burgerac’s finale. 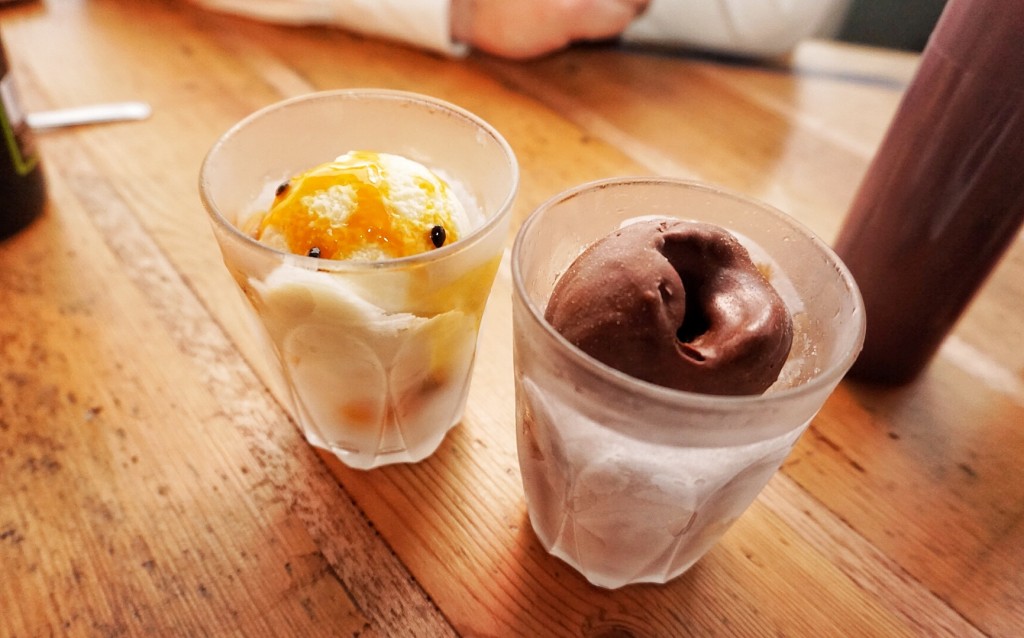 Think yourself a burger fan? Pride yourself on your patty knowledge? Well you better head down to the home of one of London’s best informed and try the fruits of his labour for yourself. Better be quick though, recent tweets from Burgershack show that business is booming and they’re selling out!

Be sure to tweet us your #BurgerPorn when you get down there too!