Tonight is a post that I had been meaning to do immediately after experiencing it, but somehow managed to forget about. That is until trawling through my albums this evening. Some time ago the guys at BRGR.CO SOHO created a special burger, The My Bloody Valentine, for couples to gorge on whilst celebrating their romantic Valentines Day evenings. Sadly I wasn’t going to be experiencing this on that specific night myself but I was awarded the opportunity to do so, two weeks later. The burger was only intended to stay on the menu till the end of February, so before it made its way to the burger graveyard, BRGR.CO gave a lucky few one final chance to savour this saucy beast. Well what do you know, after a considerable amount of retweeting and hash tagging, I was lucky enough to be awarded one of the five special meals for two.

I decided to take my flatmate along with me, although I had to laugh at his reaction when I said we’d be indulging in a Valentines Day meal. Needless to say he was up for it though. To be honest, who in their right mind would turn down a free burger! We went on a Monday after work and after being shown to our seats, we had a closer look at what was in store. When we saw the list of ingredients, we both breathed a sigh of relief as we’d made sure we’d had a light lunch. The My Bloody Valentine was packed full with Iberico Morcila Blood Sausage, Piquillo Pepper, Manchego Cheese and even some Smoked Paprika Aioli. 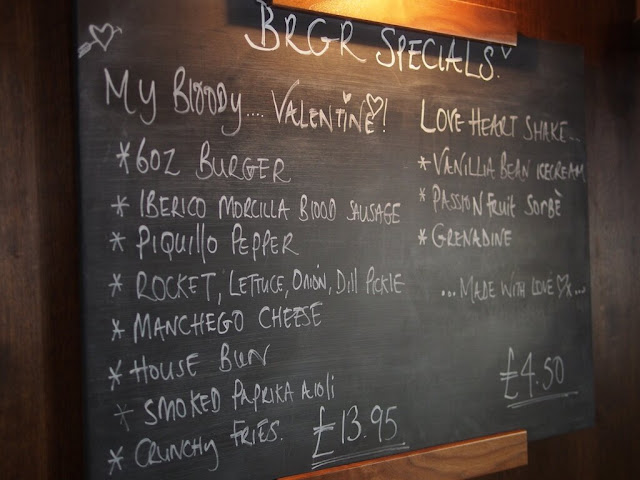 Mouths watering we awaited our feast to arrive from the kitchen and caught up on events over the weekend. 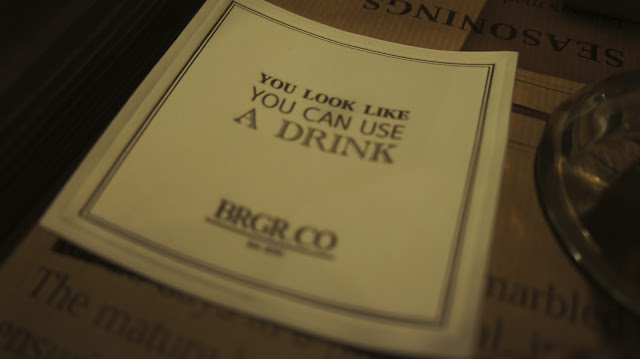 We also had a crazy sounding shake included in the meal. The Love Heart Shake. It was quite a sight to behold with its sugar rimmed glass, thick vanilla ice cream, swirled grenadine and even floating Love Hearts! With the inclusion of passion fruit sorbet and grenadine this was a great little creation that went down very easily indeed! The Bloody Valentine turned up aside a very generous helping of fries! With molten Manchego flowing down its sides and wrapped up in a beautiful glazed brioche bun, it was hard to stay disciplined and snap some shots instead of diving straight in! 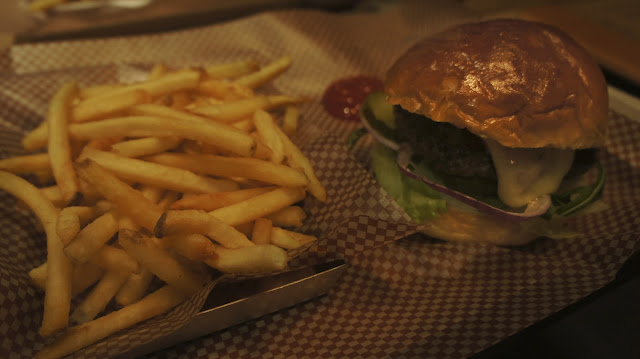 One last swig of the Love Heart Shake. 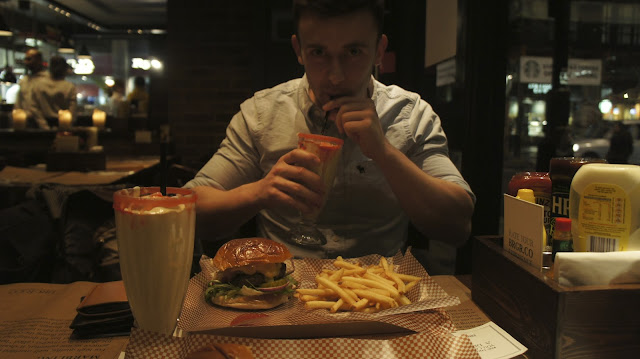 Then to the burger. I split it down the middle to get a better look of what was inside. It looked pretty inviting and tasted great too. I’m going to be honest, I couldn’t distinguish every single one of the ingredients individually but I really didn’t care as they all melted together into one and created a really flavoursome combination. I loved the smoked paprika aioli and thought it worked well with the Iberico sausage. I had forgotten to ask for my burger to be done medium-rare but it still managed to retain a juicy and succulent consistency and did not disappoint. The Manchego cheese was subtle and creamy and as you can see worked perfectly as a gooey covering for the burger. 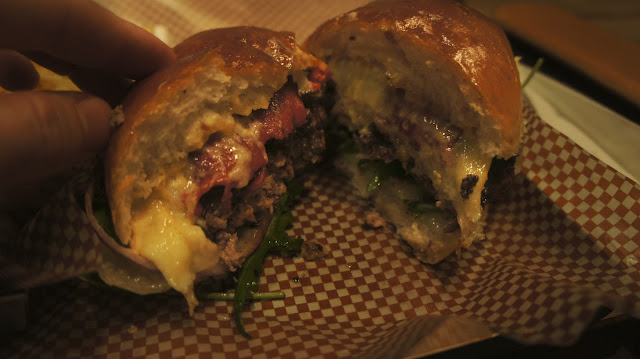 All in all this was a delicious patty package and we couldn’t believe our luck that we were getting such a treat for free. As a special it was a triumph and it would have been interesting to see just how well it would have done on the main menu. I think the ingredients were chosen well for the concept and taste and I will be keeping an eye out to see what other culinary innovations they concoct in their kitchens in the future. If you haven’t tried BRGR.CO before then get yourself down to Tottenham Court Road pronto, they’re even open till 1am some days!