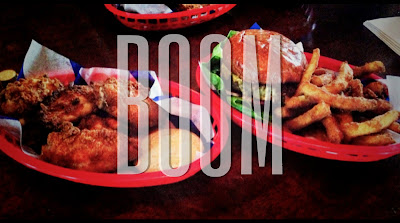 Ever since I happened upon a tweet from the guys at BOOM Burger I have been trying to haul myself down to The Earl Of Portobello, situated just around the corner from Westbourne Park tube. The reason I was so intrigued is that their Facebook is full of the most incredible looking heaps of meat! Whether or not the food photographer had just done a superb job or the fact that BOOM Burgers were just simply that sexy, I was willing to go the extra mile to find out!

I contacted my friend Tom, as he’d just moved to London that week and I thought there was no better way to catch up than over a big juicy burger. We headed over after work and arrived at the Earl Of Portobello just after rush hour. The Earl had a pretty cool vibe, with its patrons being a mix of hipsters and jovial locals and it was good to see the bar headed by a selection of draught beers, ales and cider. I ordered a pint of the appley stuff and joined Tom at the table where he had already started going through the menu. 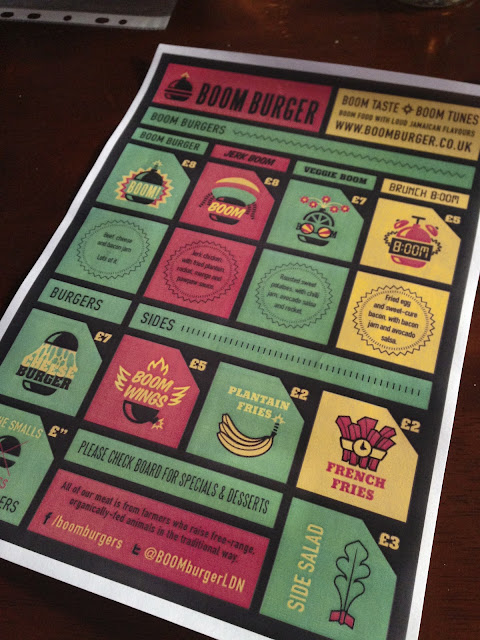 All the burgers sounded good but it took me a good 20 – 25 minutes to decide between the BOOM Burger and the Jerk BOOM. Not wanting to be the sorry victim of food envy, I joined Tom in ordering the BOOM Burger, although I still find myself gazing at pictures of the Jerk BOOM thinking “what if?” But surely there was no chance of going wrong with the signature patty stack hey? Obviously we hit up the sides, both indulging in a side of Plantain Fries and a basket of BOOM Wings! 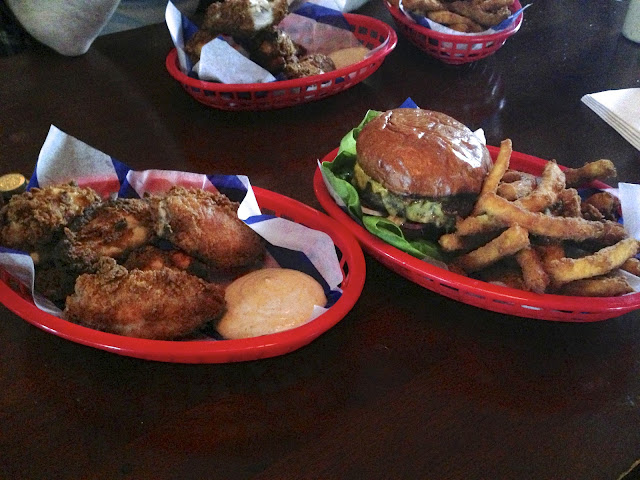 Not long after ordering, the food arrived. The burger looked delicious sat in a glazed brioche bun and nestled in amongst the plantain fries. The BOOM Wings looked jut as inviting as the burger and I had to add a nice big dollop of the spicy mayo for dipping. We decided to see the wings off first while they were hot. The skin was perfectly crisp and the meat pulled away from the bone with ease. These were incredibly juicy and the spicy mayo was ridiculously good! I smothered the stuff allover the wings, topping up my supply at least three times. It didn’t have much of a kick to it but it provided a nice smokey flavouring for the chicken. A great start to the meal and I hadn’t even touched the rest of my food yet!! 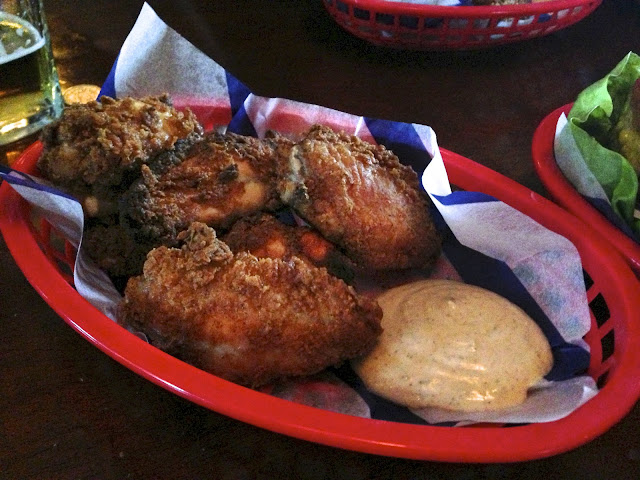 The BOOM Burger was a combination of a medium rare beef patty, red onion, tomato, lettuce and it was all topped off with melted cheese and a big helping of bacon jam. You could see the meaty juices pouring out of it, a sure sign this was going to be full of fantastic flavours but probably allover our faces in no time at all! Before sinking my teeth into it, I sampled the plantain fries and boy were they good! So good they could give Byron’s courgette fries a run for their money! Now don’t get me wrong, I love the courgette fries at Byron but these just had a bit more bite to them. I could have easily put away another plate of them, they were that moreish. But first things first, the BOOM Burger! I took one bite of it and knew straight away that the added distance on the Circle line had been one of the best decisions I had made this year. BOOM Burgers’ pictures had plagued my thoughts for weeks with their succulent stacks covered in molten cheese and now I  was chomping on one. It tasted exactly how it looked in the pics. Super juicy with an excess of sweet bacon jam mixing together with the molten cheese and rounded all off in the softest brioche parcel. It was so hard to savour, I literally found myself going in for another bite before swallowing the mouthful before. I looked at Tom and we both gave each other that look that simply says “God that’s good!” 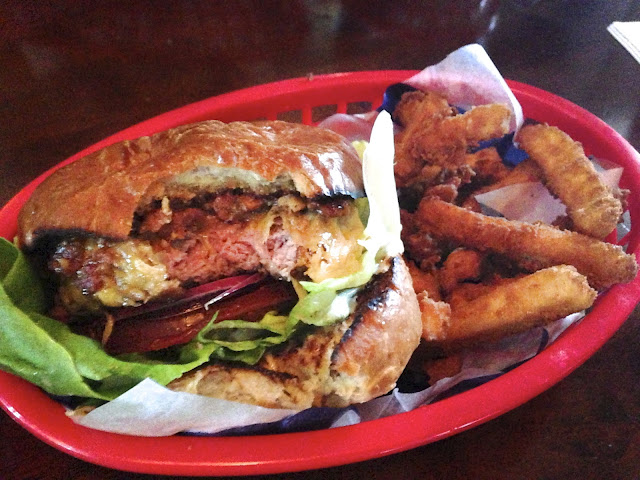 There wasn’t much talking for the rest of the meal. I think that was testament to just how much we enjoyed it. We could have easily emptied our wallets in their, the only hard part would have been choosing just which part of the menu we wanted for seconds! I definitely have to get back there soon. It will be immensely hard to stray from the signature BOOM but I have to see if the Jerk BOOM lives up to the high standards that have already been set. What is guaranteed though is that if you do head down to The Earl for a slice of the action, you better get ready to have your mouth rocked and take a bib because it’s going to get messy!