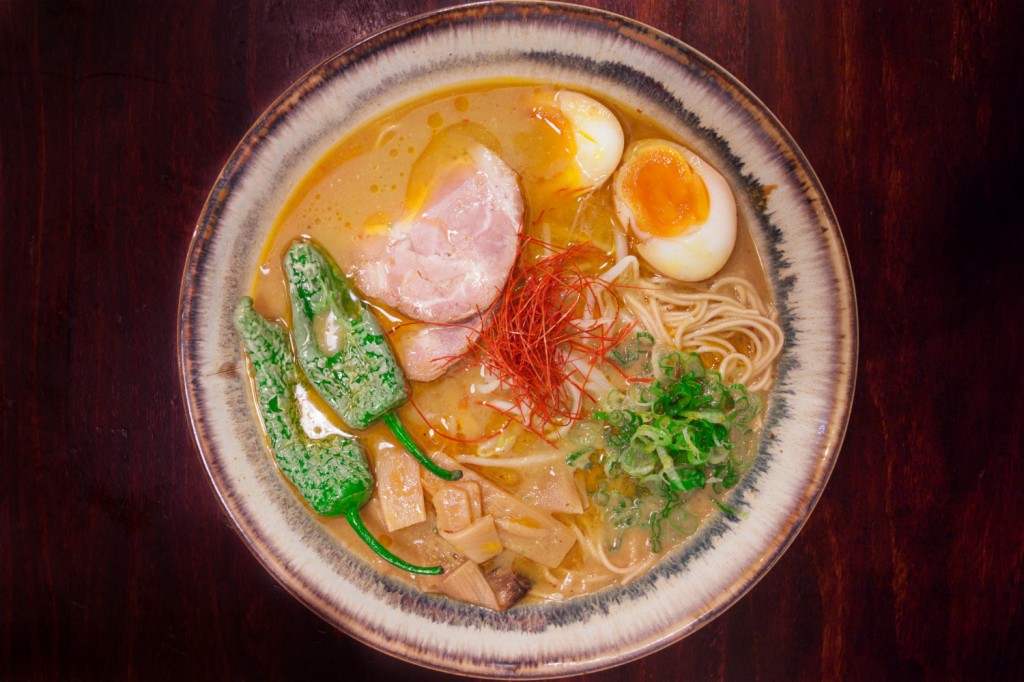 Two years on since the ramen boom of 2012, when Bone Daddies Ramen Bar arrived in Soho with a bang, London’s hunger for ramen shows no signs of waning. As a surge of imported ramen brands besiege the city, a third restaurant from the Bone Daddies team will launch early November, to every ramen-addict’s delight. Ross Shonhan, chef proprietor of Bone Daddies Ramen Bar and Flesh & Buns, Covent Garden, will open Bone Daddies Kensington within Whole Foods Market at 63-97 Kensington High Street. For the first time, Shonhan’s signature ramen and buns will appear on the same menu.

Bone Daddies Kensington will be located on the first floor of the Whole Foods Market and will encompass its own service and dining area with a subtle urban feel to the design. It will be open all day, from 11am, for lunch and dinner within store hours and will incorporate a bar and original cocktail menu.

Fans of both Bone Daddies ramen and Flesh & Buns will be satiated with favourite dishes from the two restaurants appearing on the new menu at Bone Daddies Kensington, alongside new signature ramen bowls such as Curry Ramen and new styles of Tonkotsu. Buns will appear on the menu as ‘tiger eating…’ – the literal translation of ‘hirata’ (as they are often known). Tiger eating chilli chashu pork, and other fillings, will be served assembled, as opposed to DIY style Flesh & Buns. As a first for Bone Daddies, and typical to the ramen bars of Japan, gyoza will also be available, with fillings such as chicken and prawn and pork and truffle, alongside snacks such as chashu pork, jalapeño and cheese croquettes. To finish, desserts will include soy caramel filled chocolate fondant served with green tea ice cream.

Ross Shonhan comments, “Bone Daddies Kensington will be an honest, no nonsense, accessible approach to the various casual dining options found in Japan. It makes sense to partner with Whole Foods, a brand which, like Bone Daddies, has great integrity when it comes to food and satisfying customers.

Bone Daddies is set to offer High Street Kensington’s locals, workers and shoppers a fun dining destination, serving an innovative menu by Ross Shonhan, one of London’s pioneers in Japanese cuisine and one to watch.