It’s impossible not to love rooftop bars. Ascending to the top of a building to sip cocktails and soak up the skyline gives city-dwellers a chance to literally rise above the chaos and yet still feel like they’re at the heart of the action. As far as we’re concerned, London can never have too many rooftop bars. 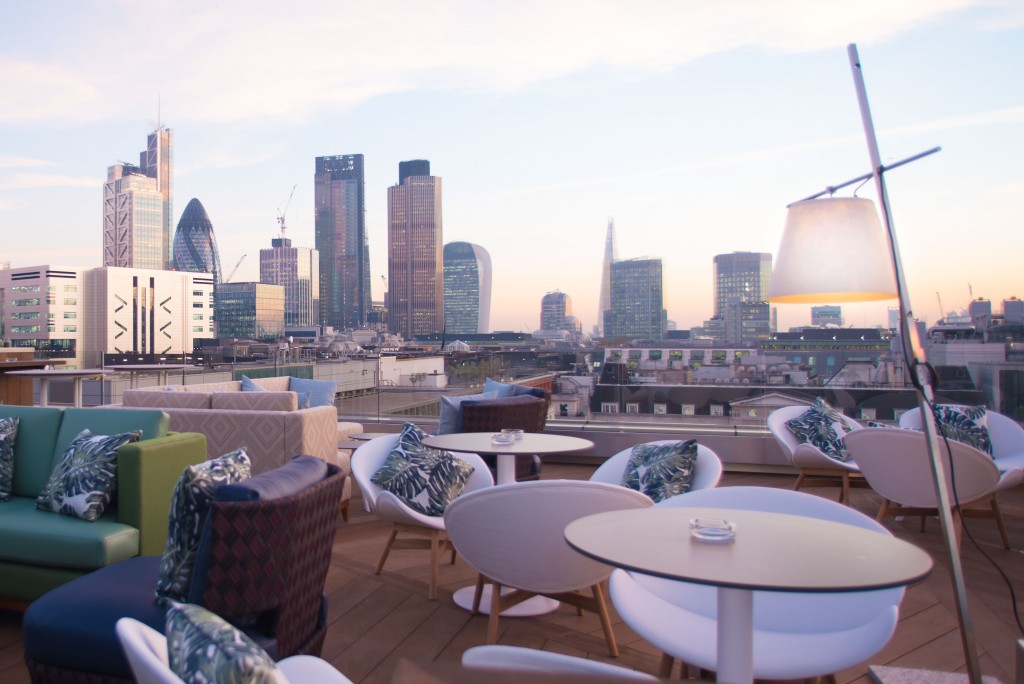 Aviary at The Montcalm Royal London Hotel is the latest one to open its doors, and it’s a corker. Perched on the edge of Finsbury Square at the point where The City begins to bleed into Shoreditch, its south-facing terrace ticks off views of the Gherkin, the Walkie-Talkie, the Cheesegrater and Tower 42. It’s been created by the same team behind The Botanist and The Jugged Hare, so expect great cocktails including all the classics as well as some signature creations, and a modern British menu (we especially like the look of the Coal Oven section).

At the launch party we nibbled on tasty canapés as well as a range of buffet-type spreads including a mouth-watering cheeseboard, a head-turning shellfish display and a tempting dessert trolley. Having spent a particularly long time lingering around the cheese station, we headed to the bar for a Tanqueray and tonic (or two). 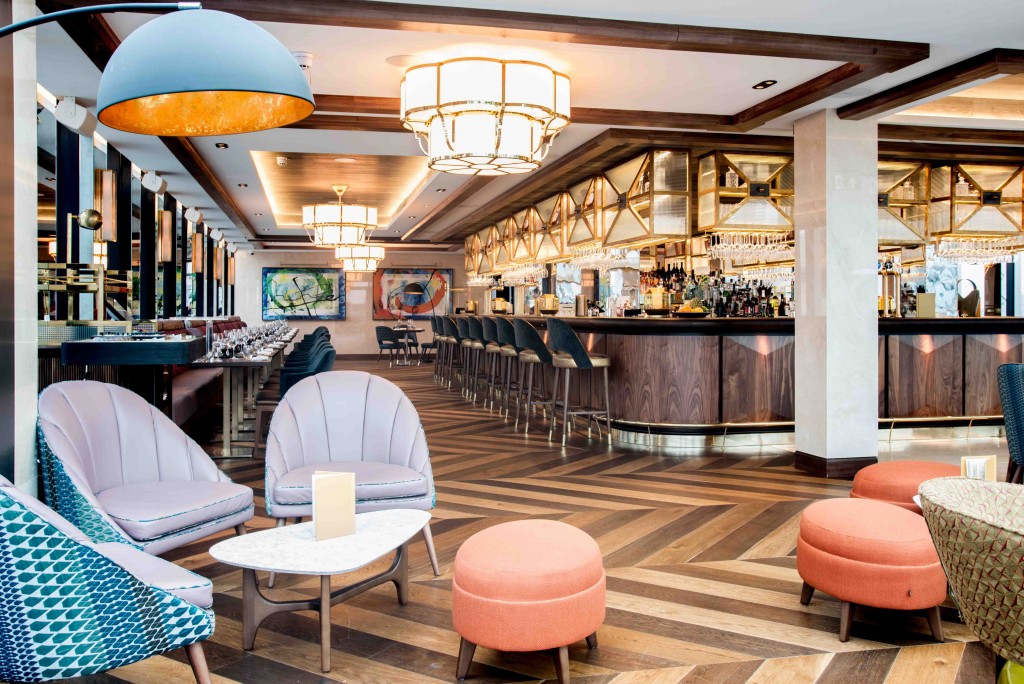 Aviary is sure to be an instant hit with Londoners this summer, so next time there’s a hint of a ray of sunshine in the sky, this is where you’ll want to be.