For those of you that have been with us from the very beginning, you’ll know that we weren’t always city dwellers. We first set out on this foodie adventure as a team of two in the heart of Gloucestershire. Since then we have sampled so many dishes, restaurants, bars and now we are even turning our attention to hotels. We’ve not forgotten our roots though and love to return to the countryside to take in the rolling hills and sample the produce that the West Country is so deservedly famous for.

Most recently, we joined The Lucky Onion, a group of chefs, restaurateurs, sommeliers, hoteliers, graphic designers, artists, event creators and interior designers, who oversee some of our favourite spots in Cheltenham, for a weekend of luxury and indulgence.

The two establishments we would be reviewing were No.131 The Prom and No.38 The Park. Now you may have seen our review of No.131’s restaurant a while back when it first opened but this time we were reviewing the hotel. Consisting of 11 bedrooms and set in the heart of Cheltenham, the building is a classic Georgian Grade II* villa, which lay derelict for seven years before being restored to the gem that it is today. 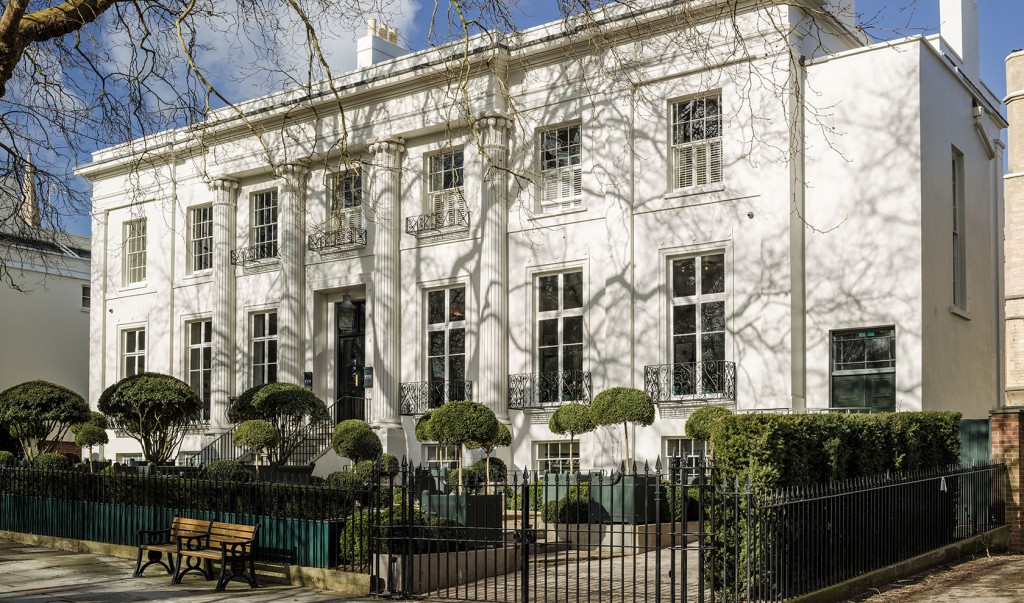 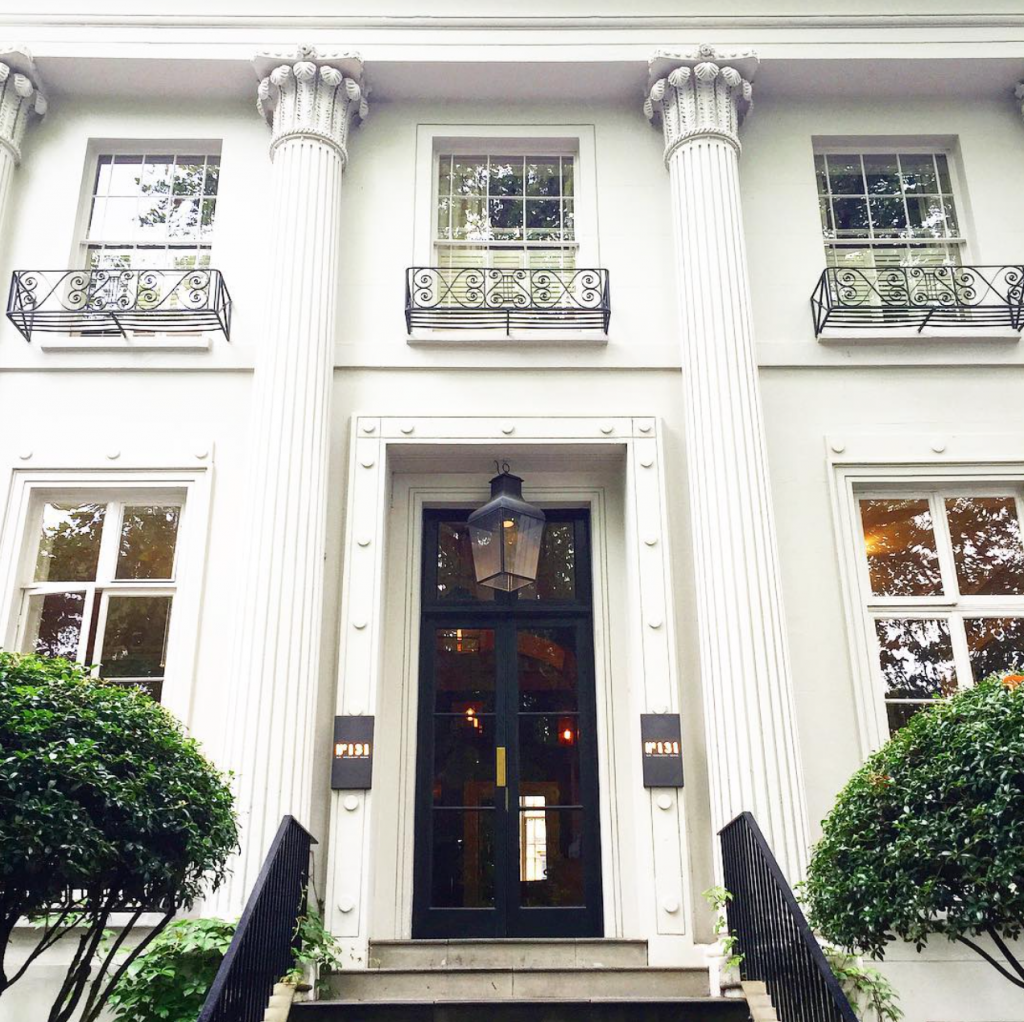 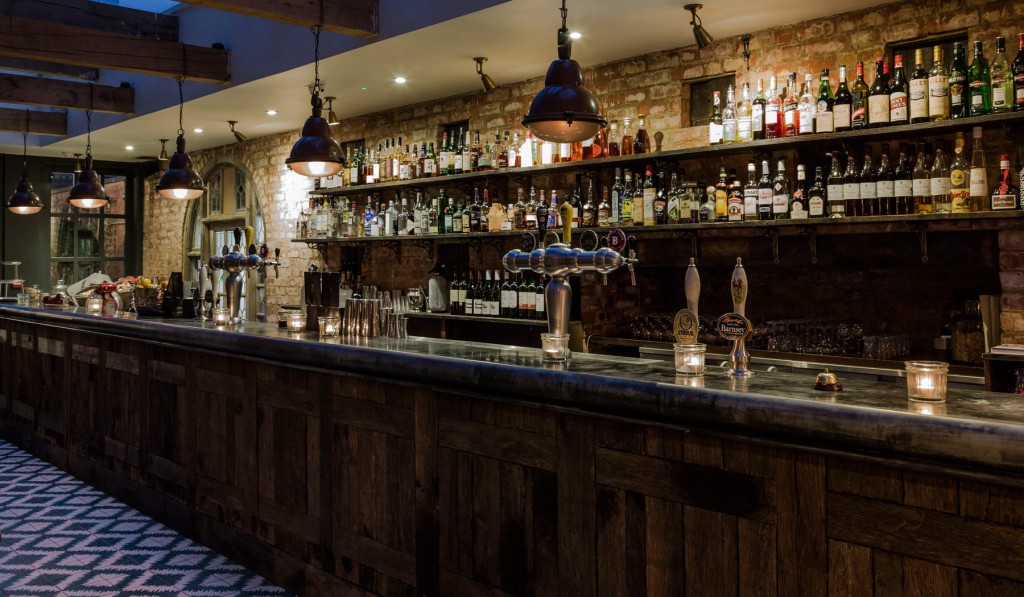 We stayed in one of the attic suites, a cosy little getaway, removed from the hustle and bustle of the restaurant and bar. The room was immaculate, kitted out with one of the comfiest beds we’ve ever encountered and a gorgeous roll-top bath that became the perfect post-night out remedy, having sipped the night away in their underground bar, Crazy 8s. A superb slumber was followed by a morning paper and Full English, just how country life should be if you ask us! 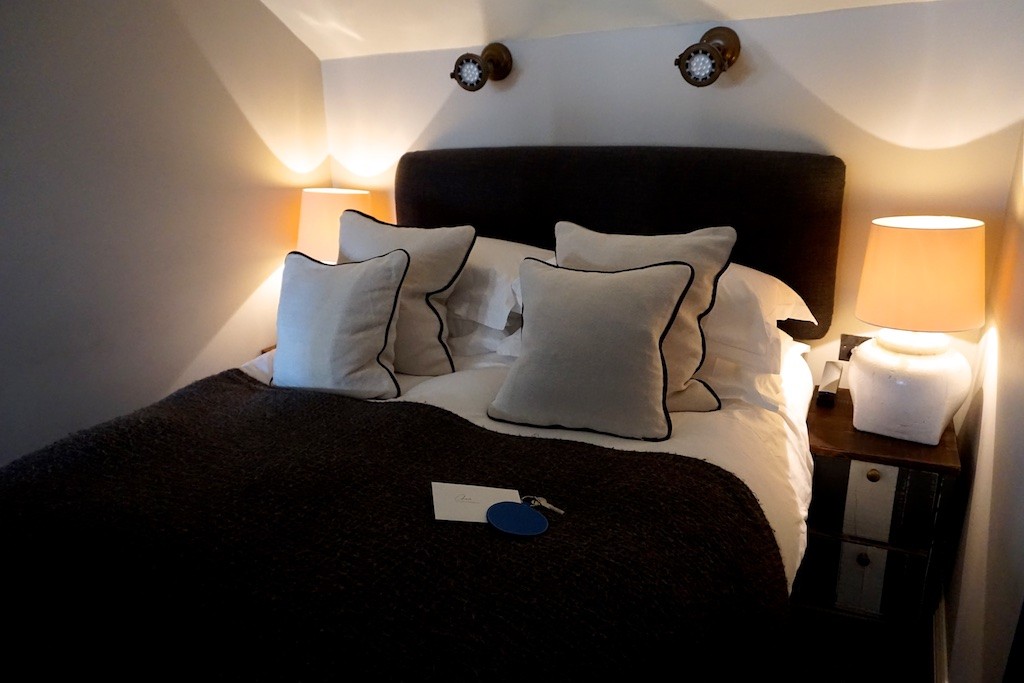 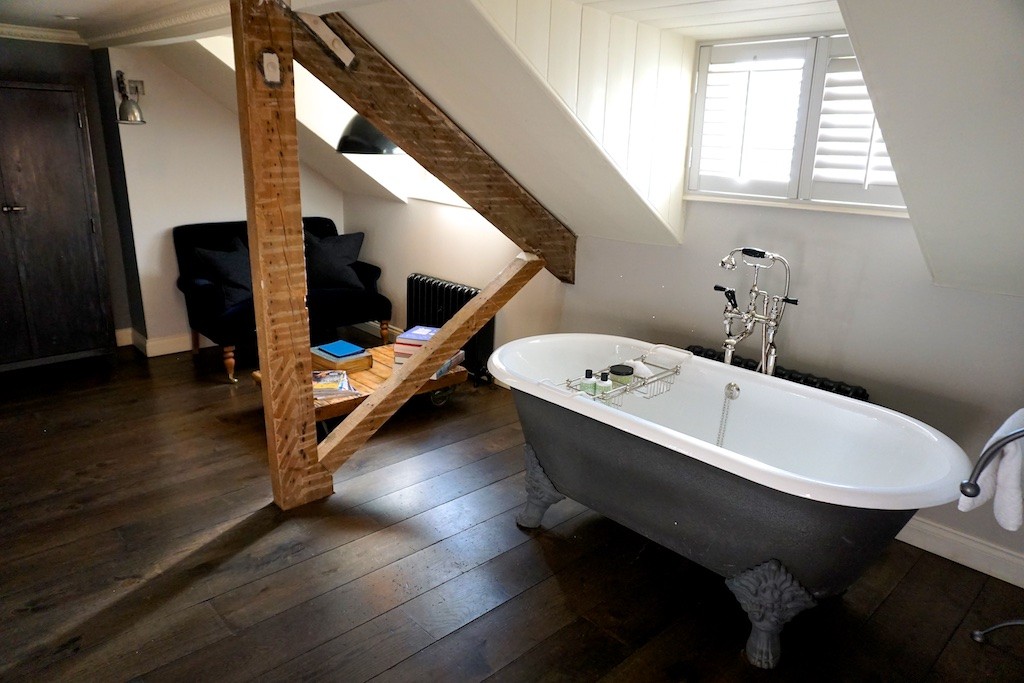 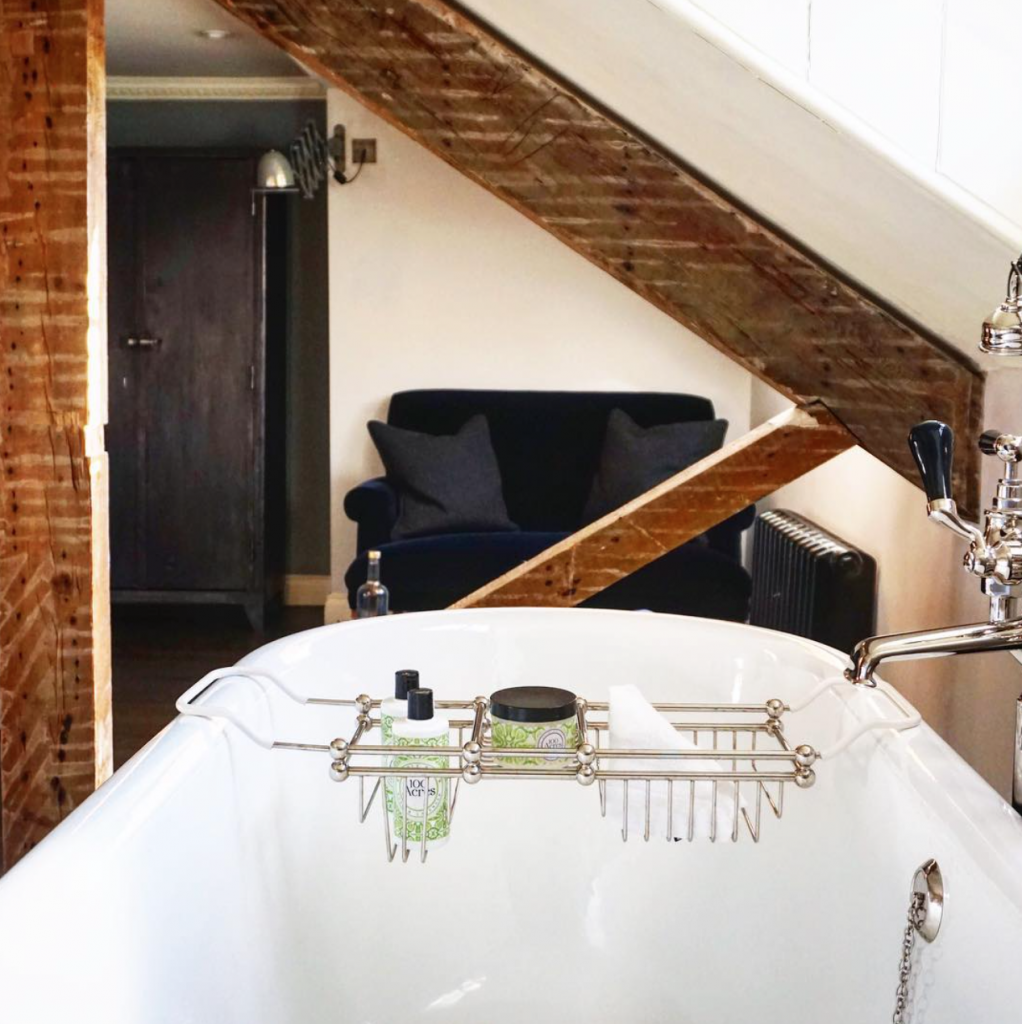 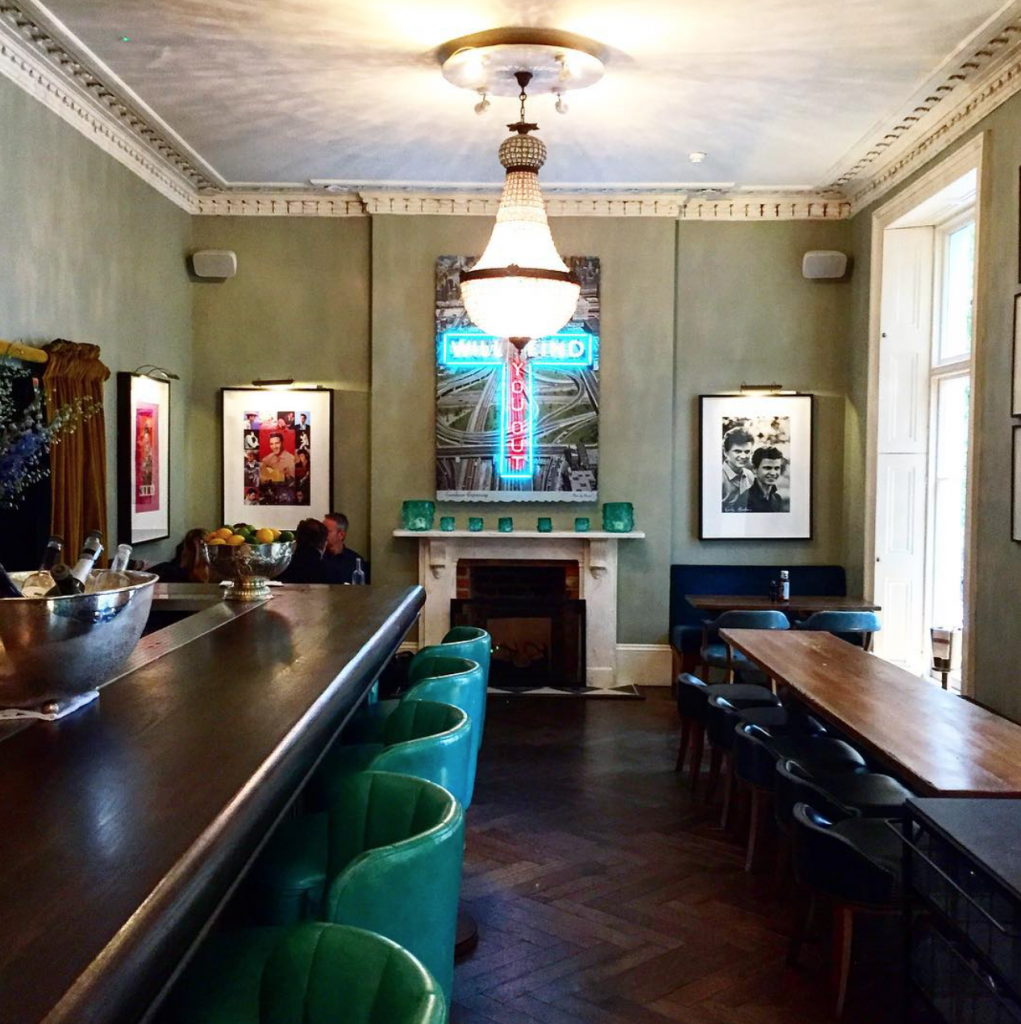 As for No.38, a Georgian Townhouse, situated slightly further out of town, towards the famous Cheltenham Racecourse. Consisting of 13 bedrooms, sitting room, dining rooms, open kitchen and courtyard garden, it’s available to hire as a whole or room by room and the perfect base to explore the surrounding area and even better for Gold Cup week! They can even organise private chefs, nannies, in-room 100 Acres Apothecary treatments (our new favourite travel products), flowers, butlers and bar staff so you don’t have to lift a finger.

Now the reason for our visit to No.38 was somewhat different. The Lucky Onion are known for throwing some incredible parties and even better supper clubs. We were lucky enough to be on the receiving end of one of their invites and were here to sample the exquisite flavours of Sabrina Ghayour, at her Iranian Sunday Lunch. 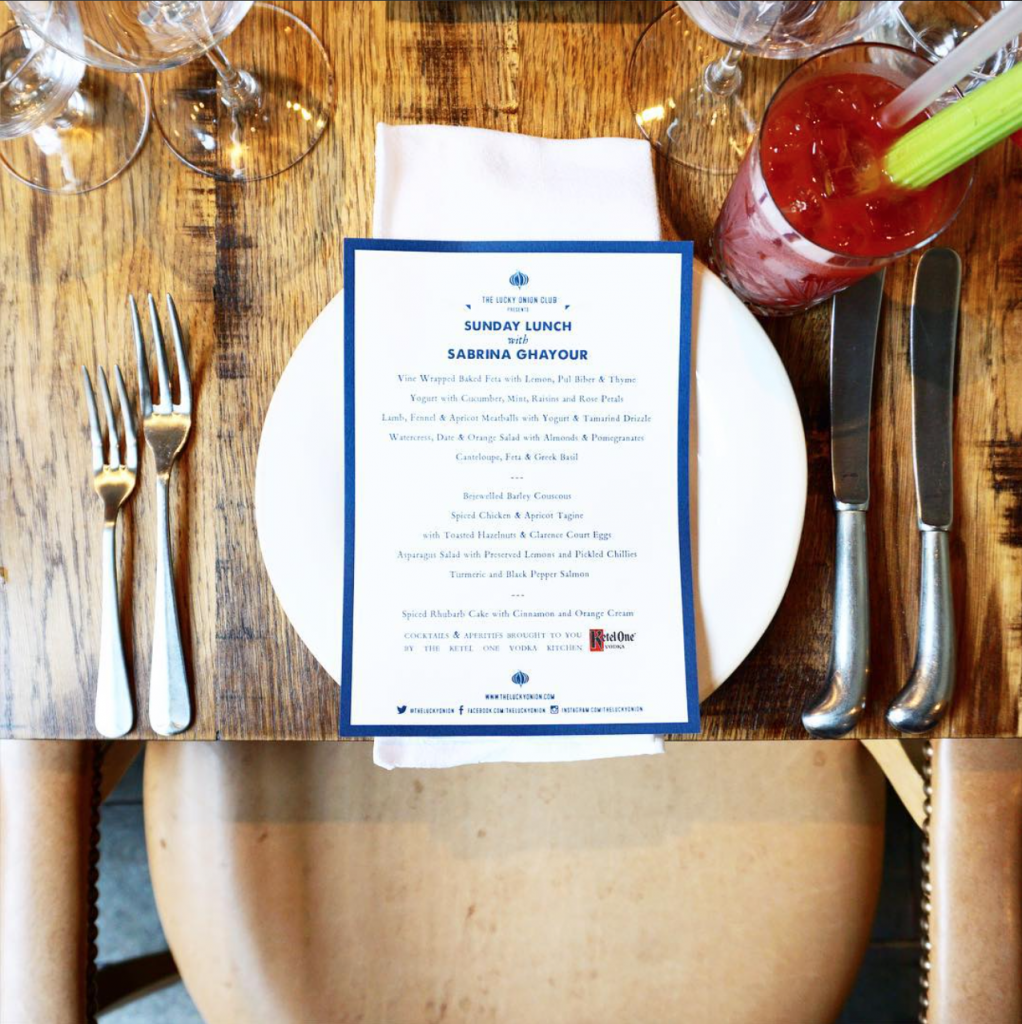 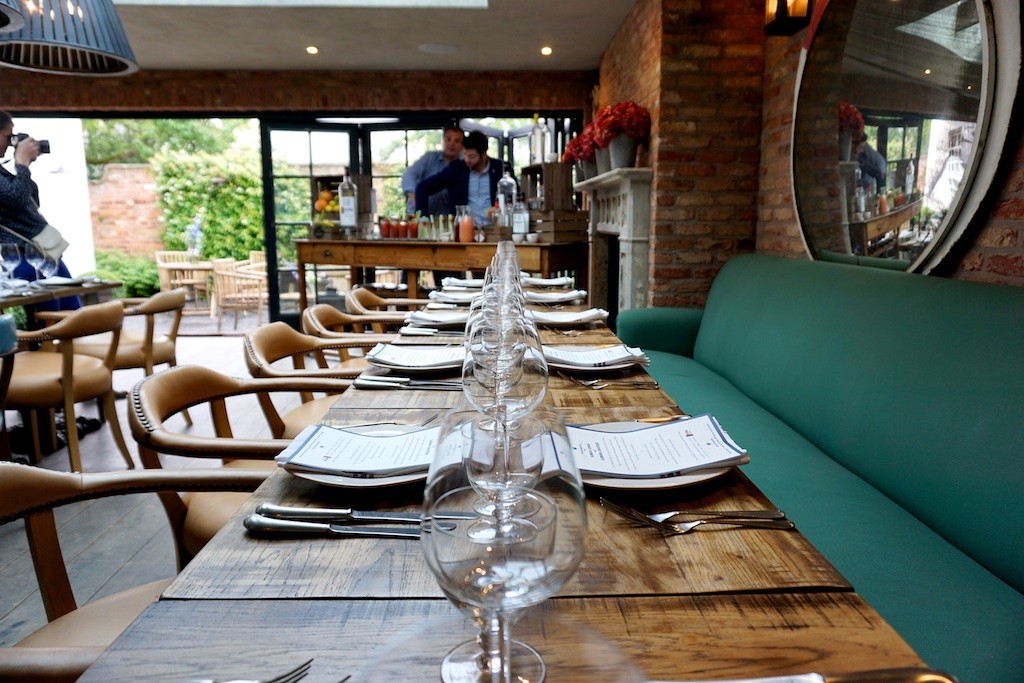 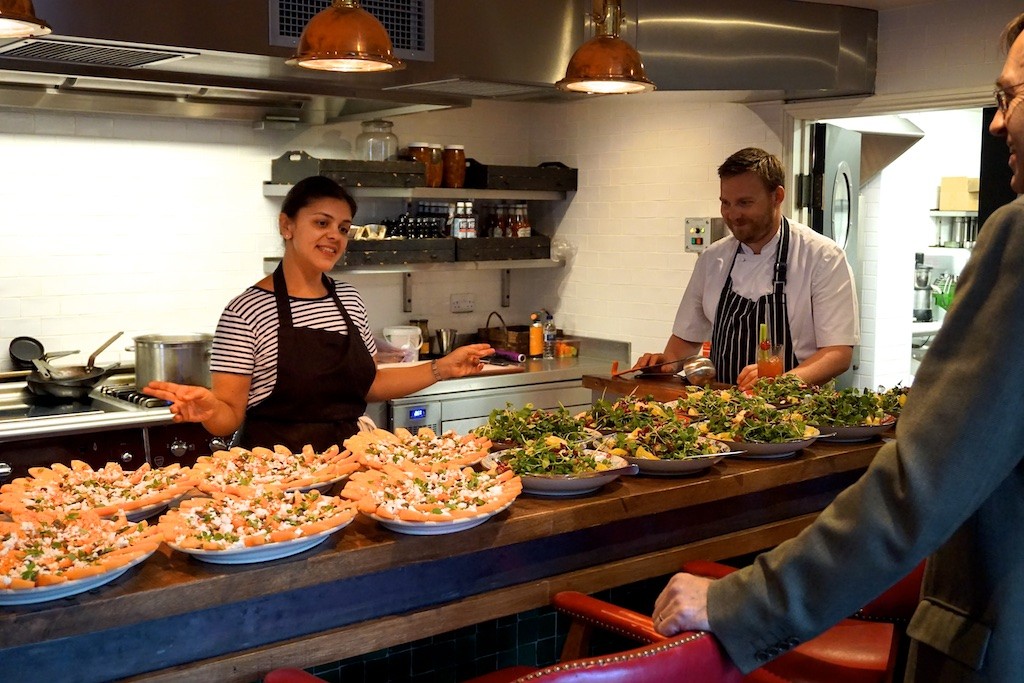 Sabrina shot to fame after her cookbook, Persiana, was named Best New Cookbook 2014 in the Observer Food Monthly Awards and since then has been noted by The Evening Standard as one of the 1000 Most Influential People in London 2014. After reading these credentials and taking a good look through her Instagram account, we couldn’t wait to see what she had in-store for us.

What followed was an Iranian-inspired feast of beautiful flavour pairings, that worked effortlessly across all dishes. What we loved about Sabrina’s cooking was the obvious passion and enthusiasm she has for the kitchen and how this translated into her dishes. They were creative and not afraid to push boundaries and incorporate new and exciting ingredients. The simple addition of Dates to a Watercress, Orange & Almond Salad was inspired, providing a chewy sweet texture that complimented the other flavours. Another favourite was the Lamb, Fennel & Apricot Meatballs with Yoghurt & Tamarind Drizzle. These tasted as good as they sound and were a great contrast to the salad dishes. The Turmeric & Black Pepper Salmon was again, another superb dish but the one that topped the lot, was the Spiced Chicken & Apricot Tagine. Testament to the quality of the dish was the fact we were craving for a good week afterwards. 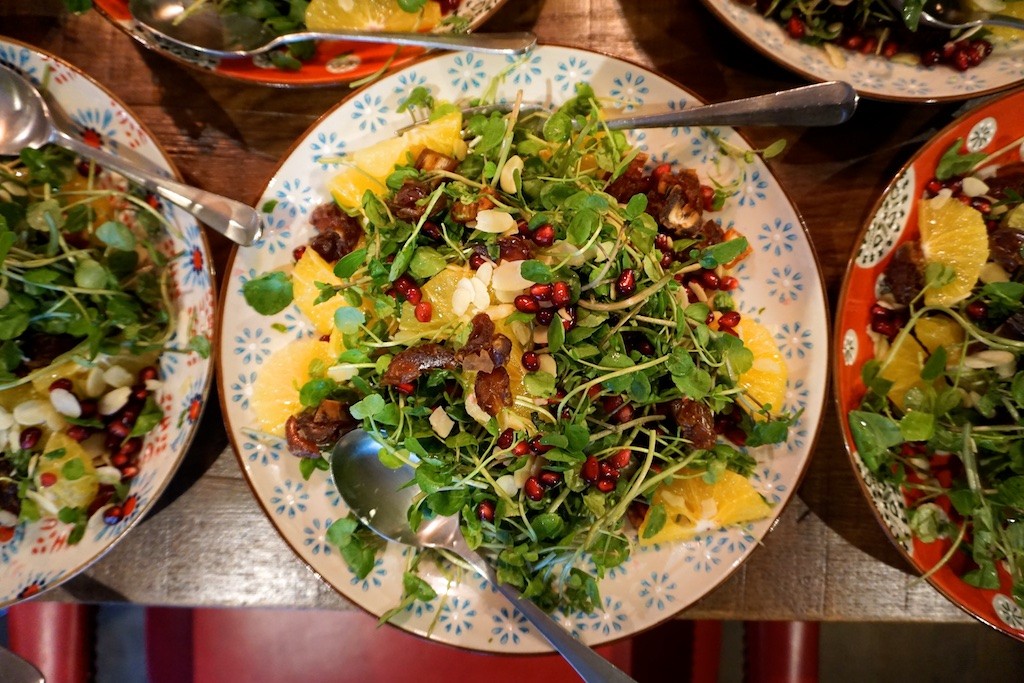 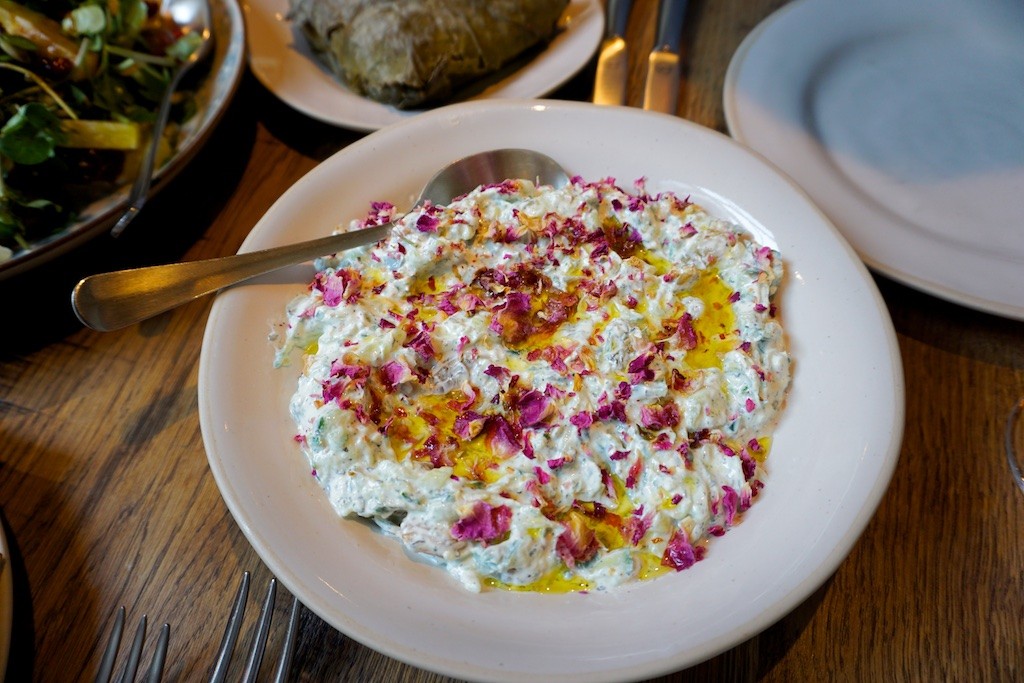 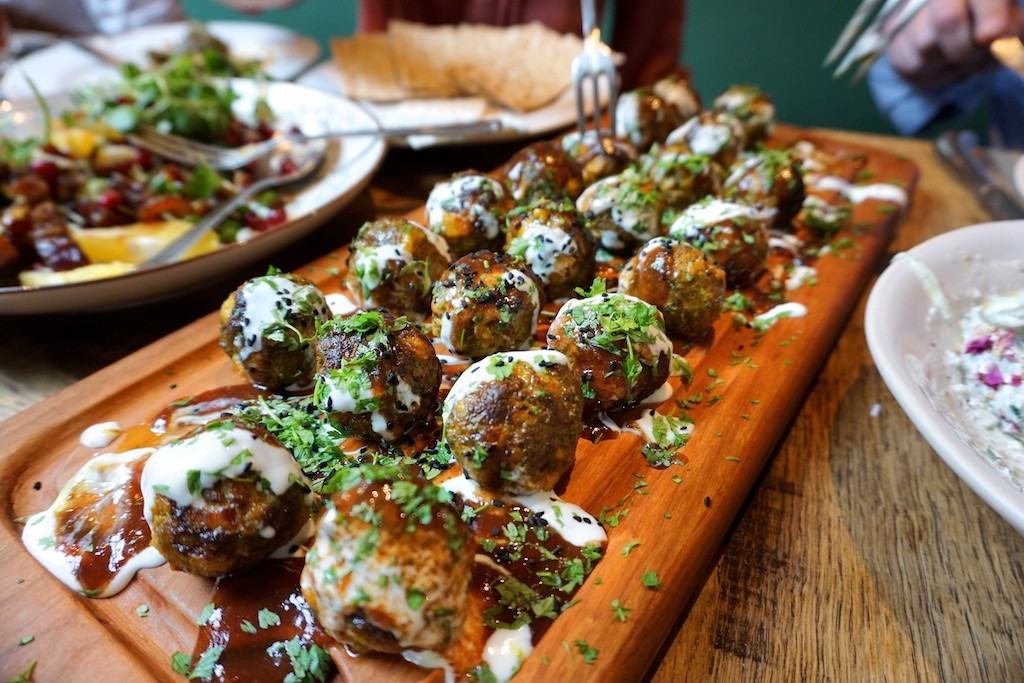 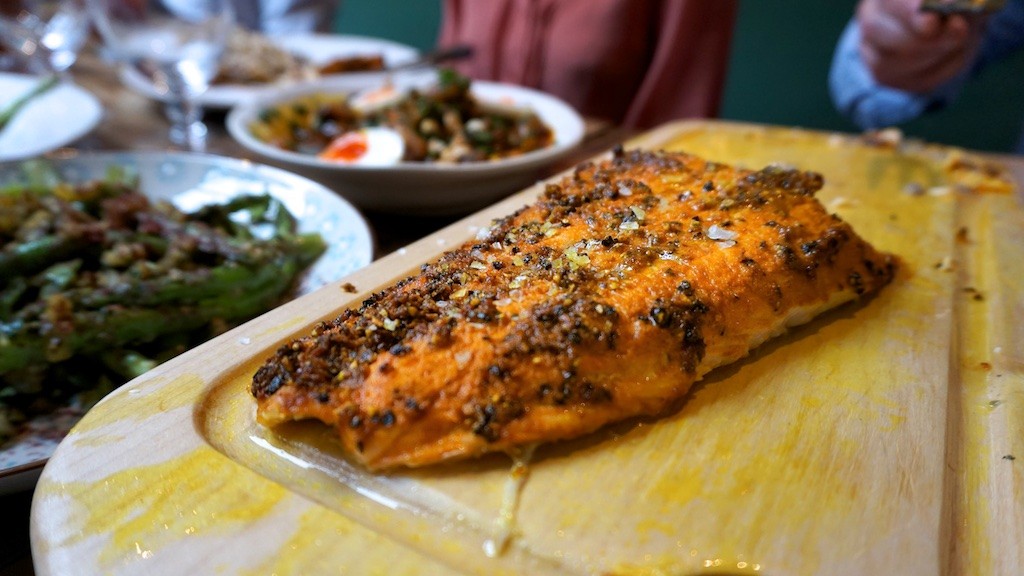 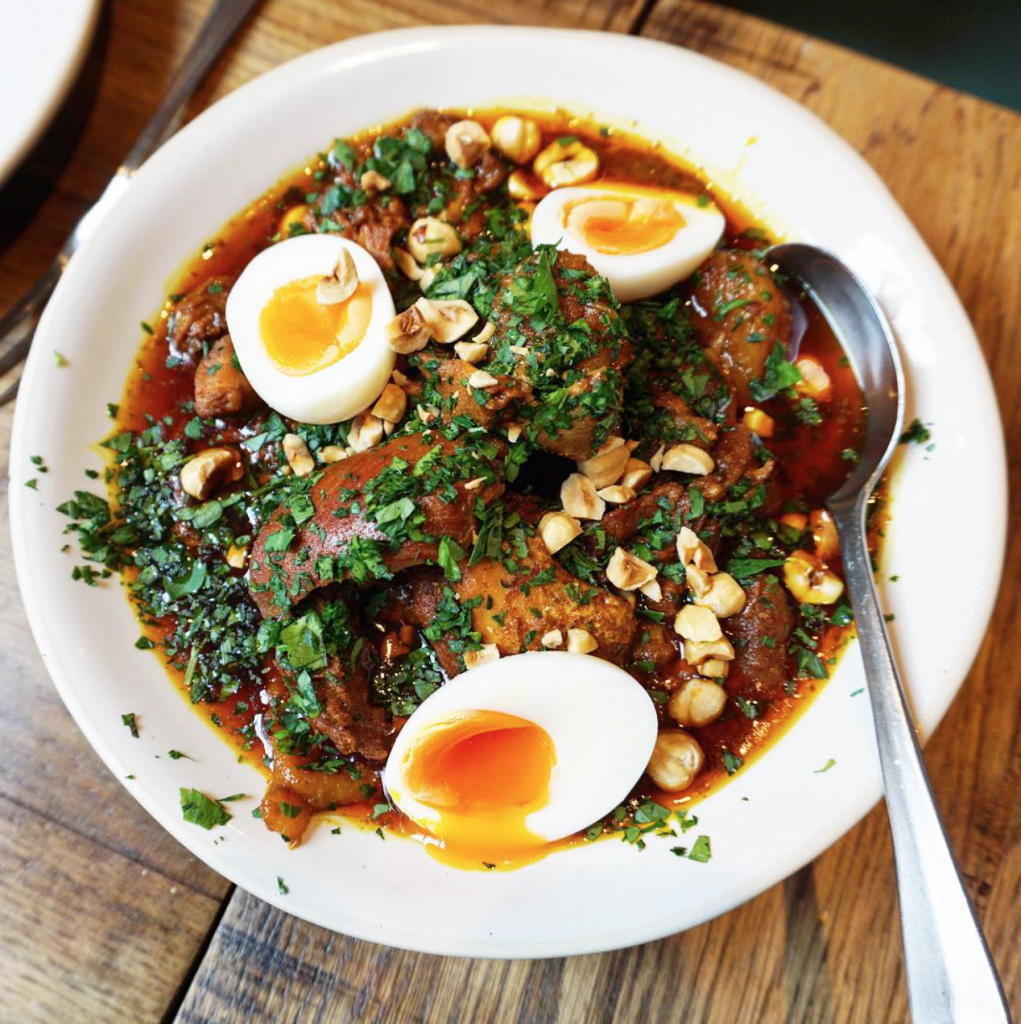 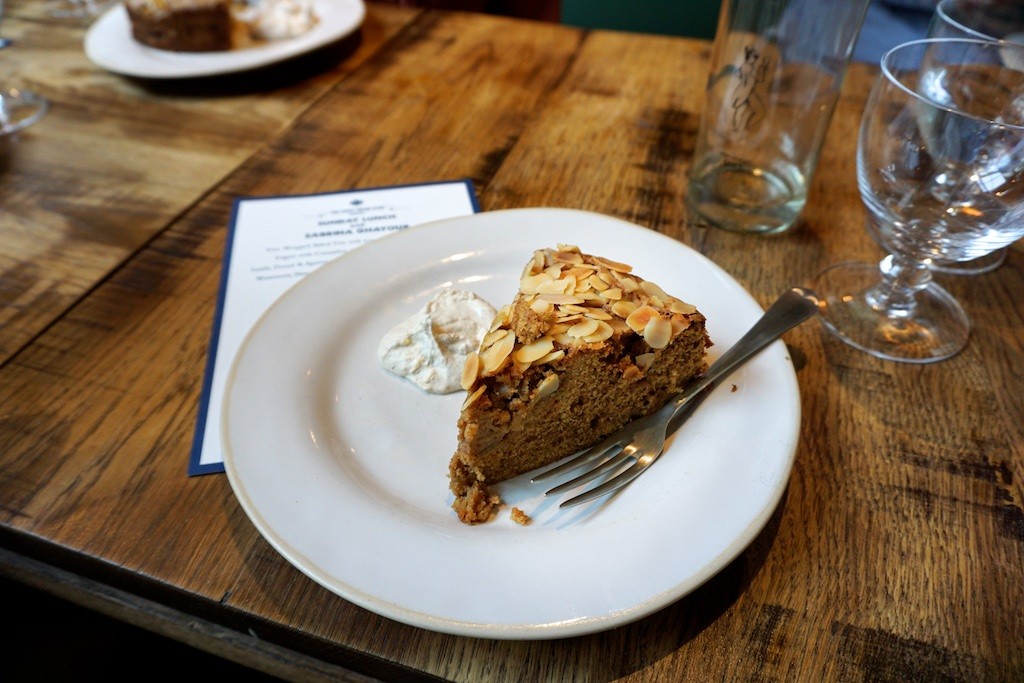 After polishing off the dessert course of Spiced Rhubarb Cake with Cinnamon & Orange Cream, we offered our thanks to Sabrina and the guys at The Lucky Onion and began the Sunday commute back towards the capital. It was a fabulous weekend, with all our estimations met and more, whether it was the hospitality shown to us at No.131 or simply the brilliance of Sabrina Ghayour’s supper club.

Keep your eyes peeled for more summer events from The Lucky Onion. They have experiences running across their portfolio of hotels and if Sabrina’s Supper Club was anything to go by, they’re all well worth the trip from the city!