Last week, we were welcomed into the cavernous depths of Tamarind Kitchen in Soho to tuck into an Indian feast. Though the space is massive, the restaurant’s dining space feels intimate thanks to its many nooks and crannies and soft, low lighting – the perfect spot for a group meal. 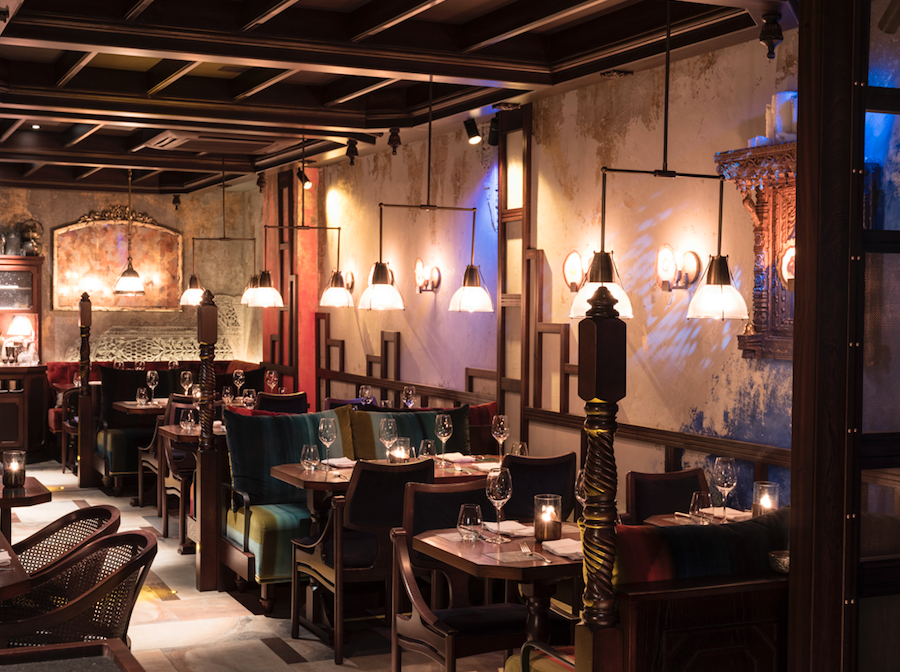 Settling into a cosy booth, we perused the menu. Tamarind Kitchen is the less-formal sister restaurant to Tamarind in Mayfair, one of the world’s first Michelin-starred Indian restaurants, so we were expecting great things. Rather than focusing on one of the many local styles of Indian cooking, Tamarind Kitchen’s food is a veritable tour of the country, with dishes inspired by the light, fragrant flavours of Kerala as well as richer, deeper styles from the North of India.

Wanting to taste a bit of everything, we ordered something from every section of the menu, starting with one of their signature cocktails. They like to put their own twist on classic serves, so a touch of cooling lychee is added to Hendricks gin, cucumber and elderflower, and a classic dark and stormy gets a touch of the restaurant’s namesake spice in the form of the Tamarind Reserve.

On to the food – we start with crispy soft shell crab, fresh from the fryer and served whole, followed by a ‘game platter’ of Tandoor-grilled smoked quail, duck and guinea fowl sitting on seasoned vermicelli noodles. The quail is especially good – smoky and delicious. We were then treated to an extra course from the chef of tandoori salmon – perfectly cooked and seasoned with saffron to give it a soft, smoky flavour.

And then the main event – a spread of delicious-smelling dishes served in cute copper pans. The Malabar prawns – a traditional Keralan dish – were perfectly cooked and swimming in coconutty sauce with more tamarind as well as turmeric. From the other end of the country, a 24-hour slow-cooked black lentil dal, with a luxurious texture and depth of flavour. To go with it, a kind of Asian patatas bravas – baby potatoes with sesame seeds and fennel – as well as plenty of rice and naan (prepare yourself – you’ll have to choose between garlic, butter and truffle, which is tough).

For us, it ticks all the boxes for a curry night feast. Go with friends, because this is a meal best served on a big scale. We’ll be back for the truffle naan…