100 Hoxton from the outside is an unassuming gem nestled in the back streets of Hoxton, a short walk from the overground station. With its minimal branding approach, I could have been forgiven for walking straight past it, had it not been for the bubbling atmosphere escaping from the front door. When I first got in touch with 100 Hoxton, it was because I thought they were a perfect establishment for the new We The Food Snobs “LDN Food Review” that has been introduced as a guide to all of October’s food related news. It’s the first in a line of monthly reviews that will be released for the start of each month, so keep your eyes peeled! But back to 100 Hoxton. I initially thought they had just opened but was told by Terri, our hostess for the evening, that they had been open since May but had only recently started their PR campaign!

The interior of 100 Hoxton is a concrete and brickwork mix with a large copper-topped bar as the main central feature. The atmosphere was buzzing, even at 7pm with cocktails flowing and chins wagging, all to a great soundtrack. The open kitchen gives customers a glimpse of their dishes being made at a frantic pace, with the light leaking out into the bar area, adding to the ambiance. 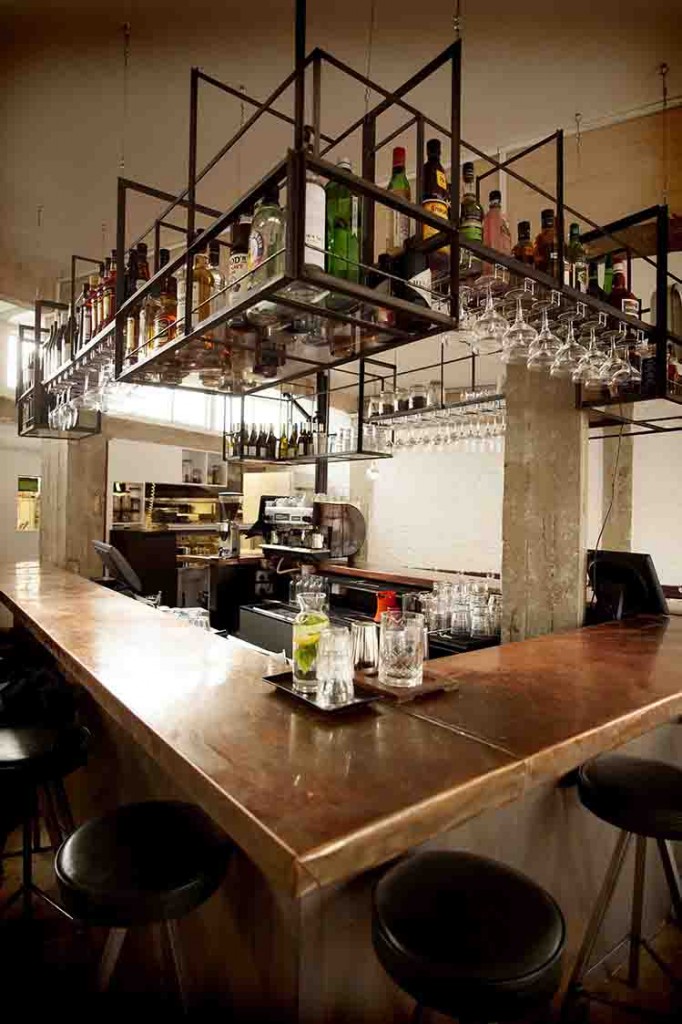 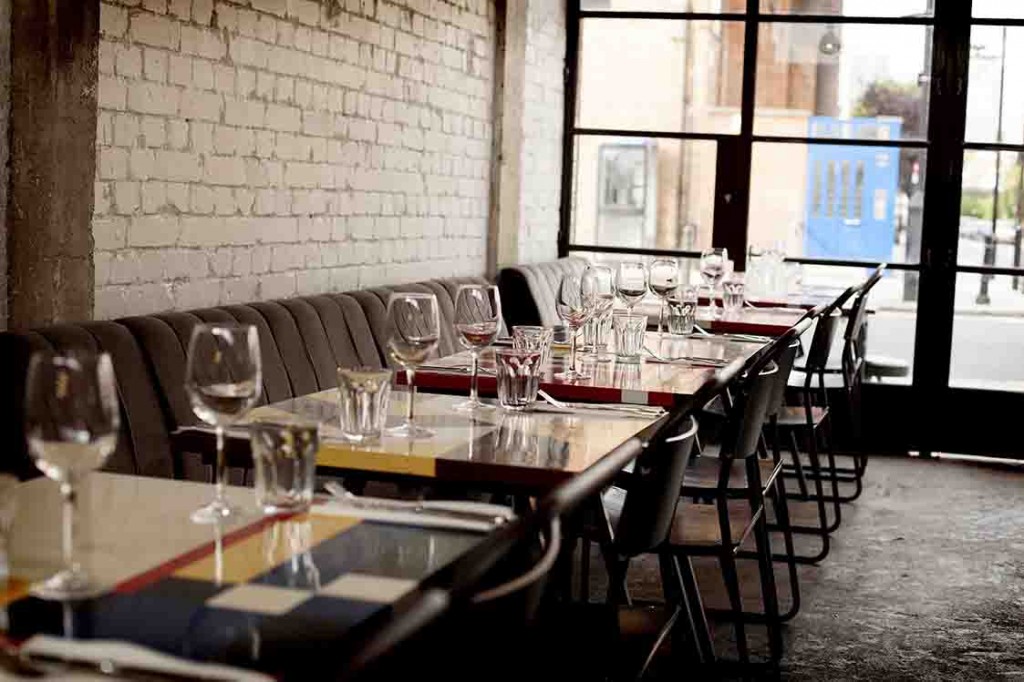 After taking our seats we decided that we’d see what the cocktail menu had to offer. Each cocktail had been created using fresh, spicy and unique flavour combinations in order to offer diners something different to wet their whistles with. I decided I’d have the signature drink; the 100 Hoxton. Served up as a concoction of ginger, lemongrass and chilli syrup, lychee liqeur and champagne!

The great thing about 100 Hoxton is that the menu design is simple, using small sharing plates drawing mainly from Asian flavours and spices. There are five categories to choose from; Starters, From The Sea, On Land, Bits & Bobs and of course Desserts. For starters we decided on the Edamame & Split Pea Fritter with Halloumi & Lime Picckle Yoghurt. It is obviously designed with vegetarians in mind but as a proud meat loving man, I can honestly say it is certainly deserving of note. Light and refreshing, it was the perfect start to the meal. 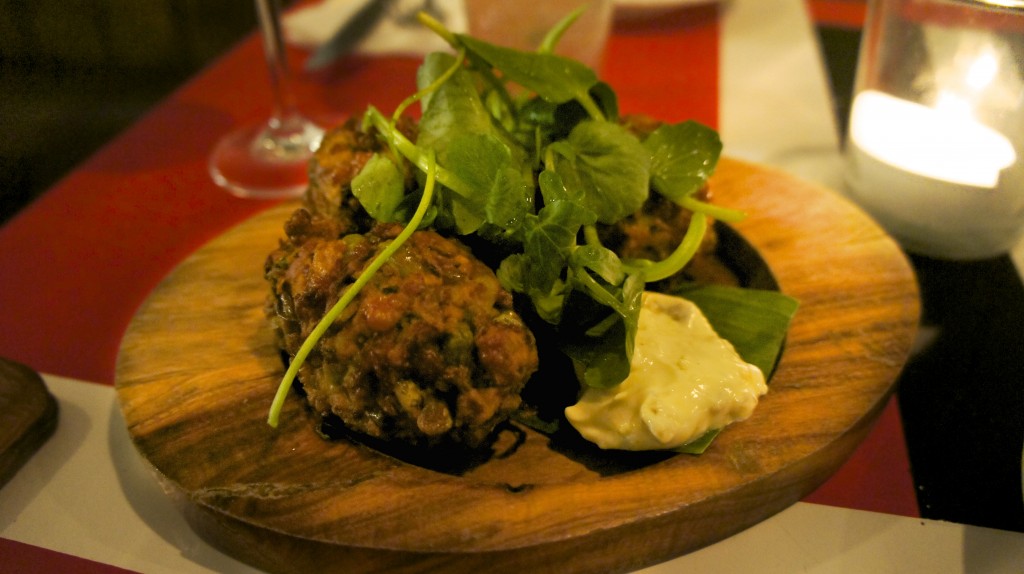 The offerings from the sea all sounded delicious and made for some hard decisions. There was a choice of Braised Octopus with Garam Masala, Hake with Dahl and Coriander & Yoghurt Chutney or Chargrilled Prawns with Chilli Salt, Aioli, Black Pepper & Lime. All sounded amazing but we decided to go with a dish of Bream Fillet baked in a banana leaf. It was so moist and tender and melted in your mouth as soon as it touched down. Unfortunately we were so enthusiastic I forgot to snap a picture of it before we started tucking in!

Our next dish to arrive was the Slow Roasted Pork with Pickled Papaya, Red Miso Pepper Paste & Lime. The pork was cooked perfectly with a nice crisp crackling top and each bite was extremely moreish. I could have easily ordered two more of these. 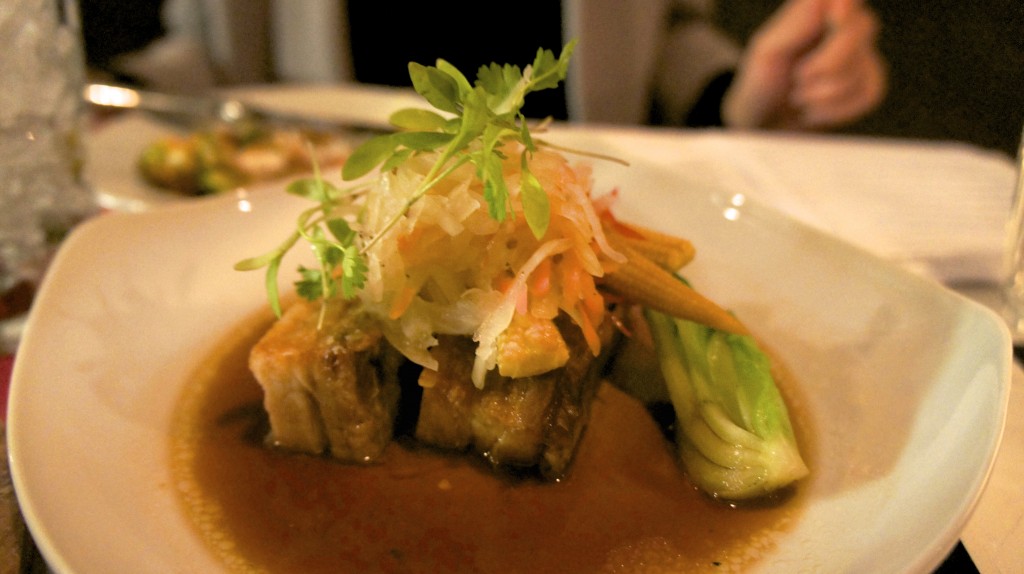 And the perfect accompaniment for it all was a dish of Crushed Potatoes with Poppy Seeds, Coriander & Yoghurt. 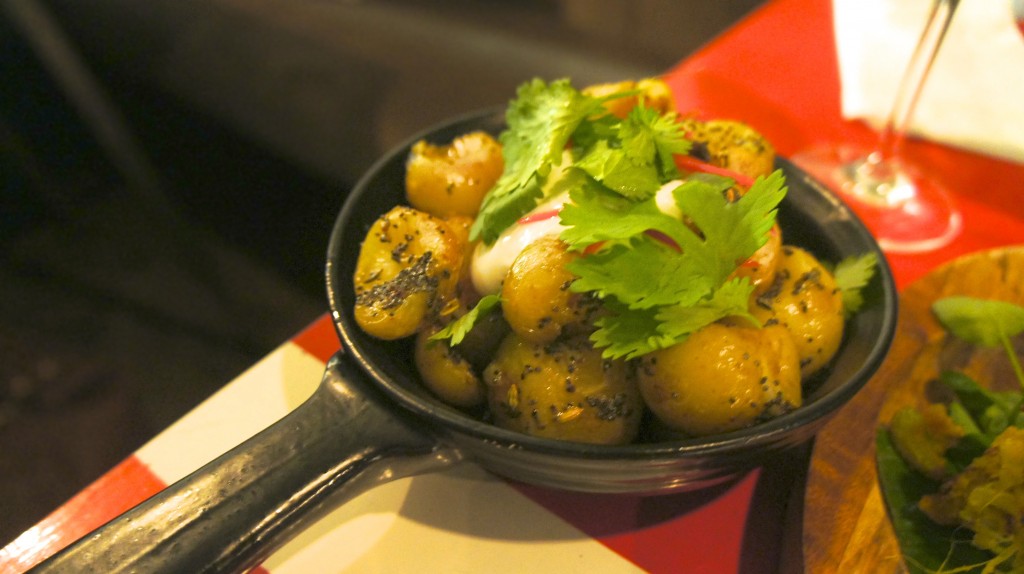 After polishing it all off we thought we’d better sit back and relax with a few more cocktails. 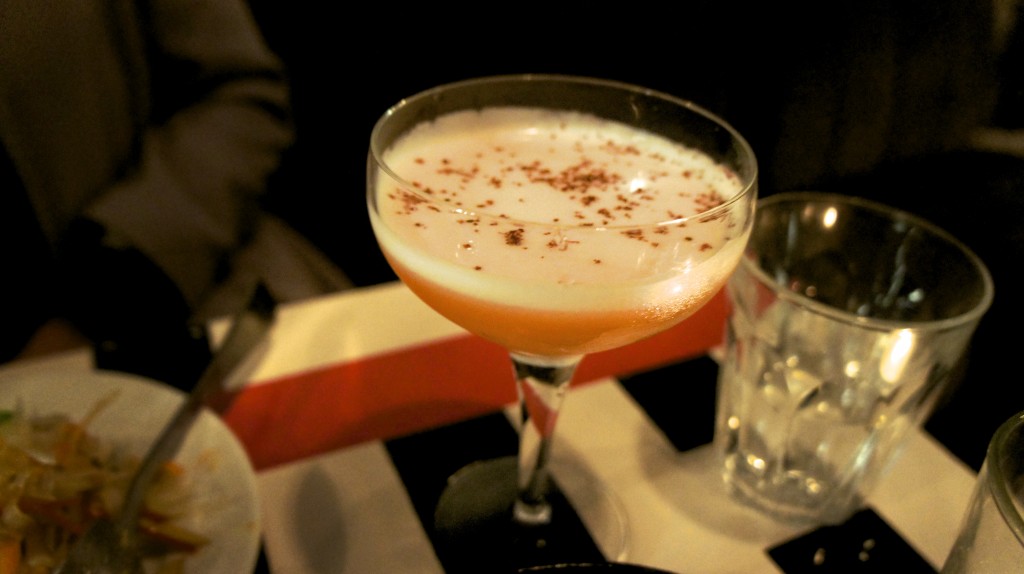 My top tipple of the evening was this refreshing and fruity mix of Vodka, Lime, Mango Syrup & Passionfruit.

The finale of the night came in the form of Spiced Plum Clafoutis with Amaretto & Agave Cream. If you aren’t quite sure what clafoutis is then you aren’t the first to question, as we did just that. After being told that it was a dish of spiced plums dipped in batter and baked, our minds were made up for us. Light but indulgent with a hefty dollop of cream, these were the perfect way to end an amazing meal. 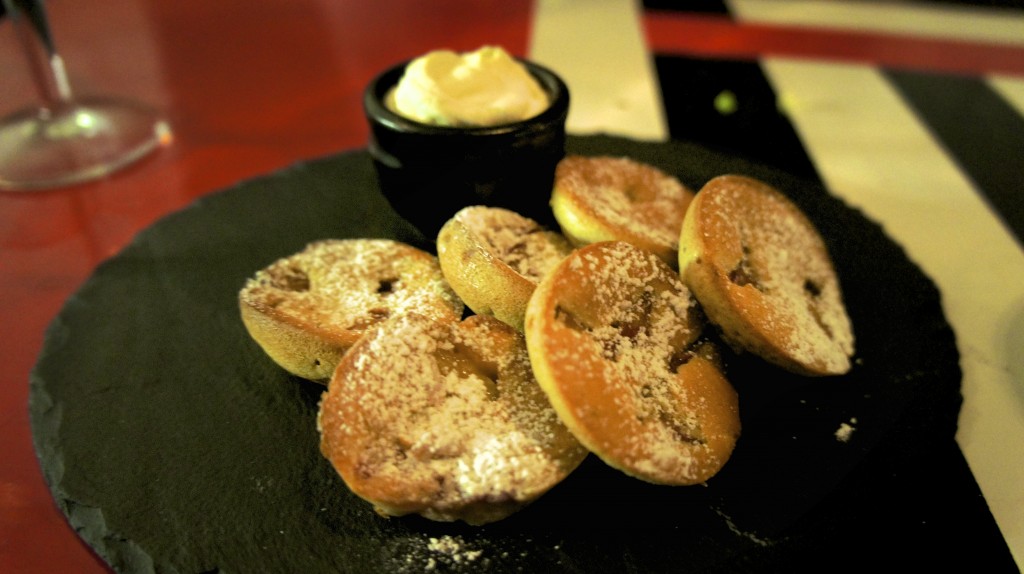 100 Hoxton has instantly made it on to my list of favourite places to dine. Not only does it offer a creative menu with incredible flavours but its menu design of sharing a dish from each of the five different categories, works out at an amazing price of £30 between two! We could hardly believe it! At that price, you’d be stupid to overlook 100 Hoxton, so hurry up and get down there soon!