The 4th of May signalled the first Saturday of the month and thus brought us to the arrival of what is known as the “The Most Exciting Two Minutes In Sport”. For those of you that aren’t partial to a gamble on the gee-gees, what I am talking about is The Kentucky Derby! Sadly the jet was being serviced so I was unable to join the rest of the spectators at Churchill Downs for the full wide eyed experience. All was not lost though, as the guys down at Beard To Tail were throwing their own two minute sporting spectacle as a homage to the great race! With promises of incredible bourbon based cocktails and mouth watering barbacoa style meat dishes, if you needed any persuading beforehand then this combination definitely did the business. 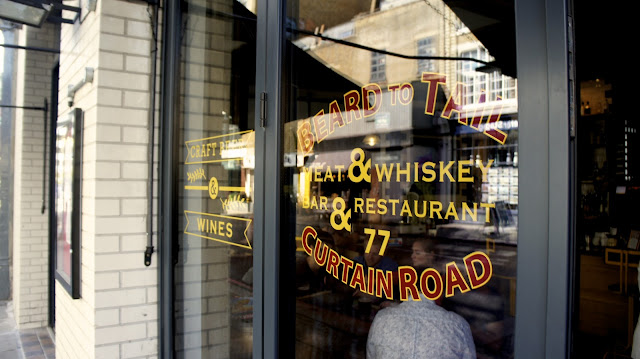 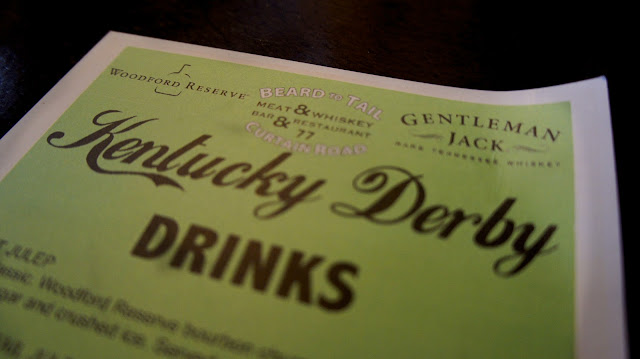 However the main crowd pleaser was the Derby Day Man Vs. Food challenge and those of you that follow the Twitter feed probably saw that I chucked my money in the pile and prepared myself for what I am now deeming as the “The Most Exciting Two Minutes In FOOD!” What was the challenge I hear you cry? To eat as many of Beard To Tail’s finest pulled pork sliders in two minutes! 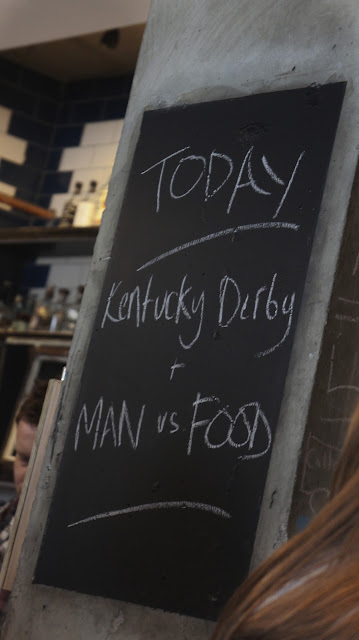 All entrants had to pay £20 to compete, with all proceeds being donated to the HEROS charity, which helps ensure  former racehorses have a future after they’ve finished competing. The £20 fee didn’t just get you in to the competition it also got you a delicious Horse’s Neck cocktail, a Gentleman Jack hip flask, and as much Woodford Reserve as you want during your two minute feasting! The winner would be crowned Man Vs. Food champ and supplied with their very own bottle of Woodford Reserve’s finest liquor. 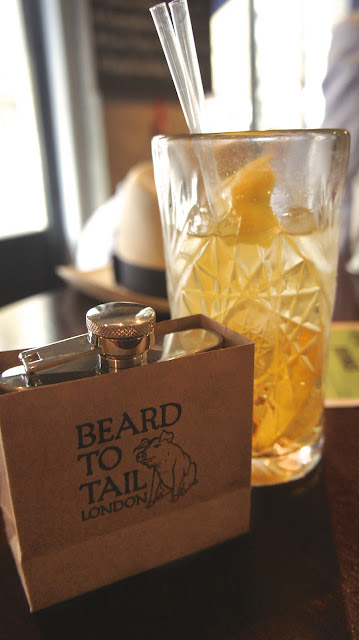 The thirsty onlookers, revelling in the meat-fuelled demise of many of the contestants, wet their whistles with refreshing cocktails. The Elderflower Mints were going down well, concocted from a mixture of Woodford Reserve and St.Germain elderflower liqueur churned with fresh mint and caster sugar. 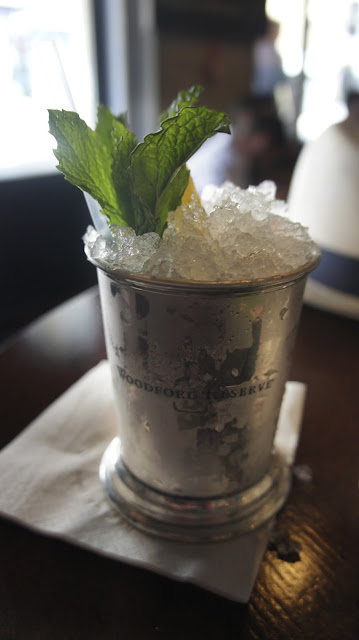 There were five heats to get through to find the top four who would then go on and claim the title in the final round, known simply as The Dessert Round! 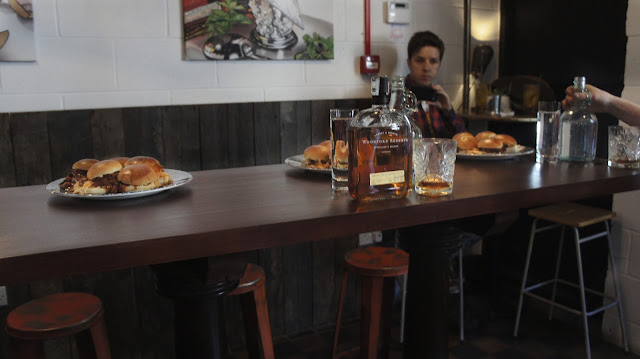 The first contestants set the bar at an impressive four. The sliders were bigger than we had anticipated and four or five was the original target when we turned up. 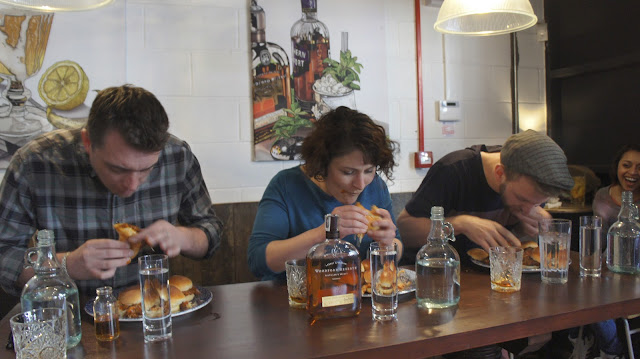 A fresh batch were delivered and it was time for Round 2! 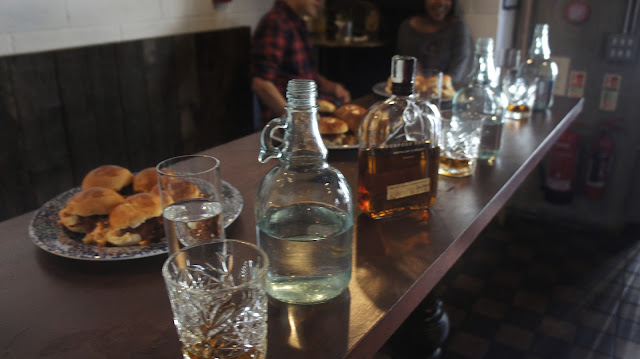 These guys were efficient and had come with a game plan. Water was the key, helping to chug down those delicious chunks of pork. 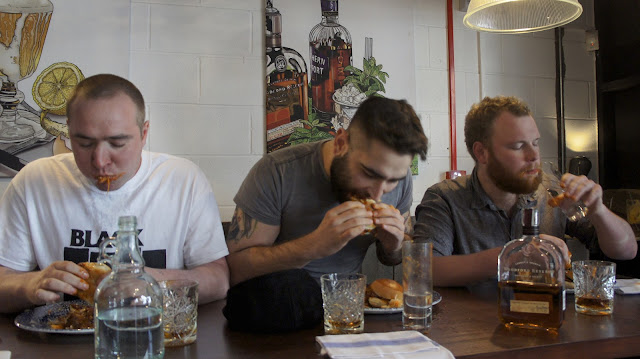 Two of the guys scored an impressive five sliders! I started to get worried! 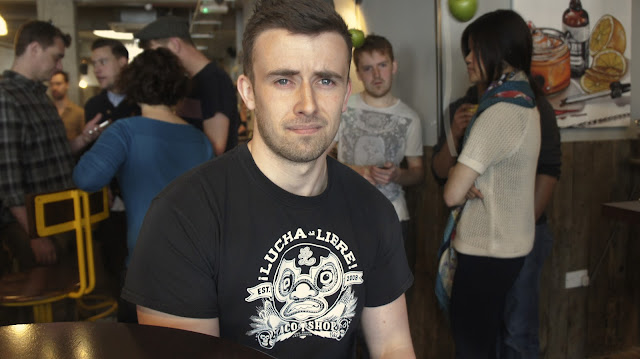 In no time at all I was standing over my plate of sliders, 3…..2…..1….GO! I was off like a thoroughbred from the gates! I had barely a moment to savour the taste of the succulent pork before washing it down with a splash of water. I wasn’t brave enough to go for the whiskey. The guy next me decided to try and go for a bit of his though, only to hastily follow it up with water once it had hit the back of his throat haha 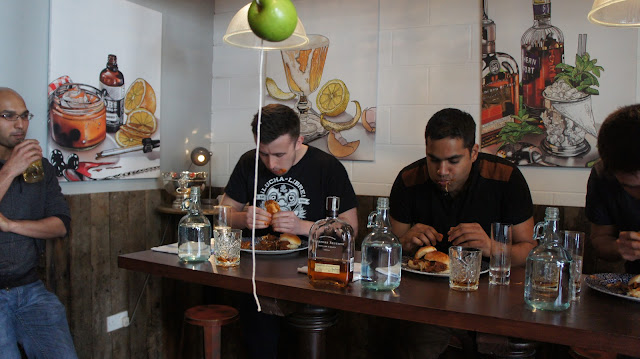 After two minutes of relentless cackling from the audience and Pink Floyd’esque threats of “If you don’t eat your meat, you won’t get your whiskey!” from the master of ceremonies, I finally stuffed the final bite inside my hamster like cheeks. With only four sliders consumed, I was defeated but glad to be inhaling oxygen once again! The smooth burn from the Woodford Reserve helped cleanse the palate as I returned to my chair covered in sticky sauce and ready to shout and squawk with the rest of the spectators at the next challengers! 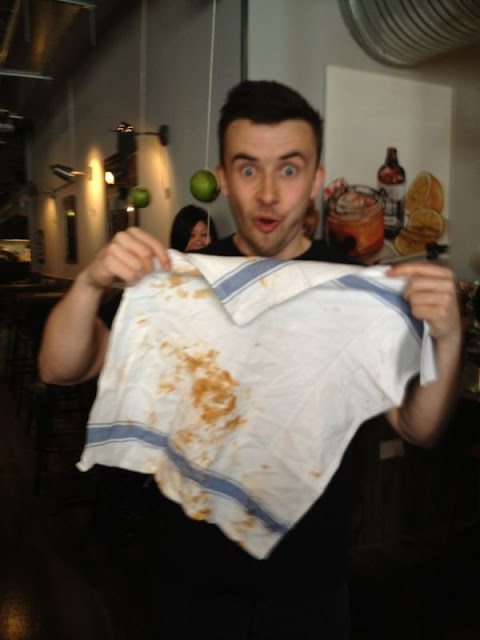 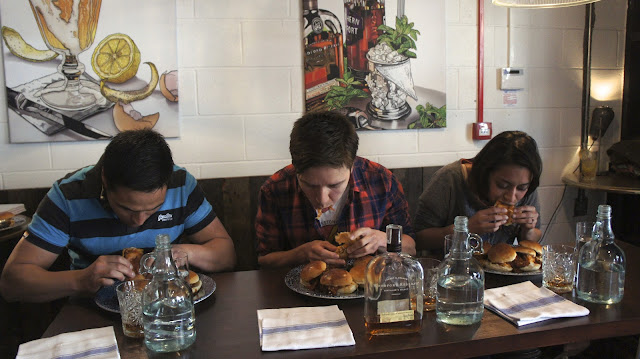 There were some great efforts and a few woeful ones haha! 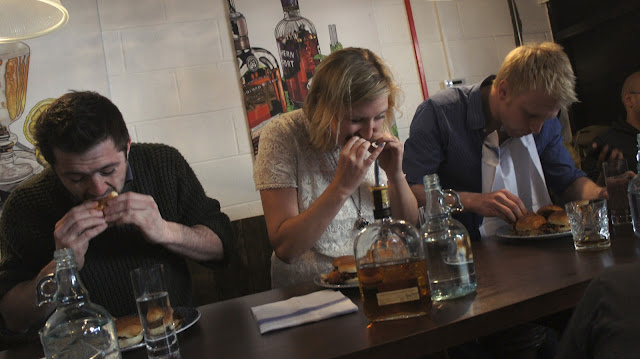 None more astonishing than Mario’s, one of Beard To Tail’s very own, who managed a staggering seven and a half sliders, only to be cruelly disqualified for being an employee! He must have been practising all week but it was a sight to behold all the same.

After the final round there was a break to let people recover whilst the finalists were calculated. It wasn’t a surprise that I hadn’t made it to the final round and it was probably for the best too, my gut wasn’t quite ready for another onslaught! The Dessert Round arrived and consisted of a big stack of Derby Pie slices, covered in cream and fresh strawberries. 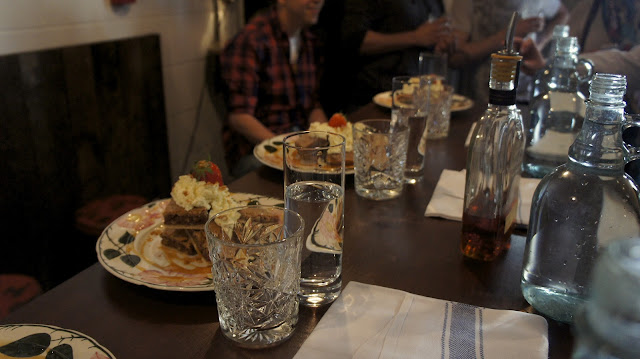 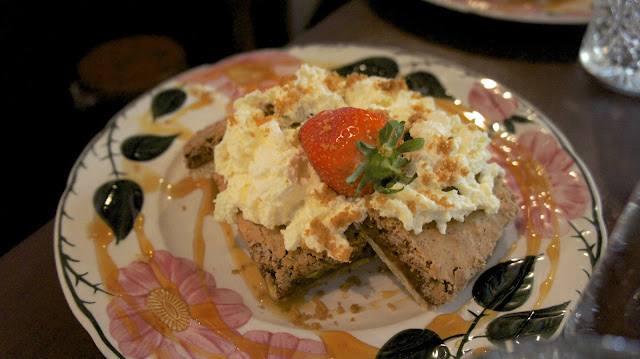 The finalists got stuck in straight away, knowing it was do or die time! 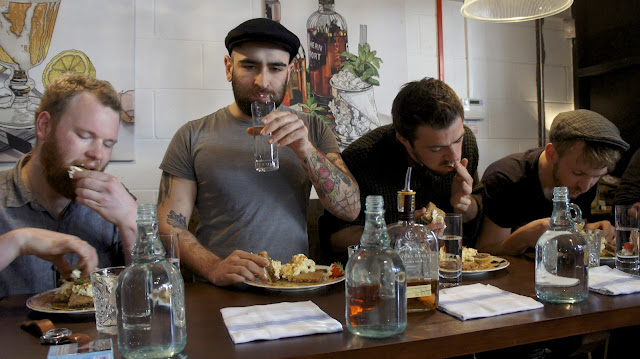 But there could only be one victor! 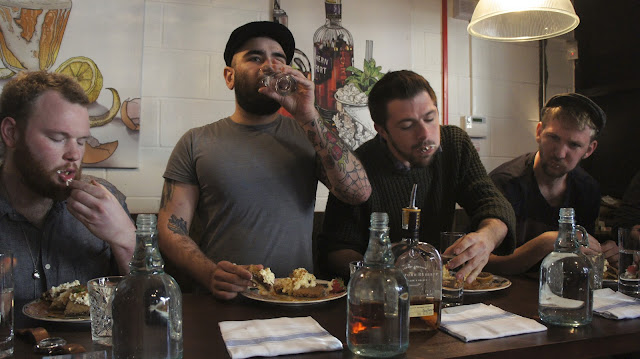 Rob stand up! This guy sank the last slice first, narrowly beating his competition to claim the coveted bottle of Woodford Reserve! 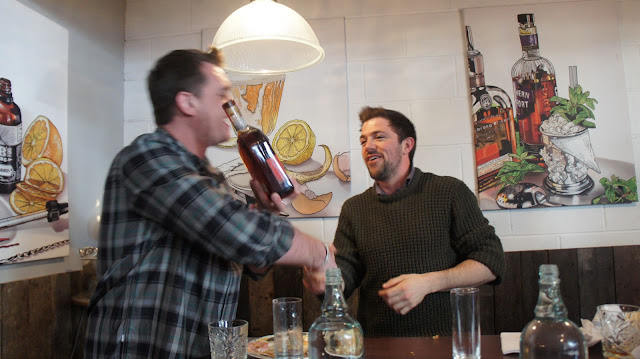 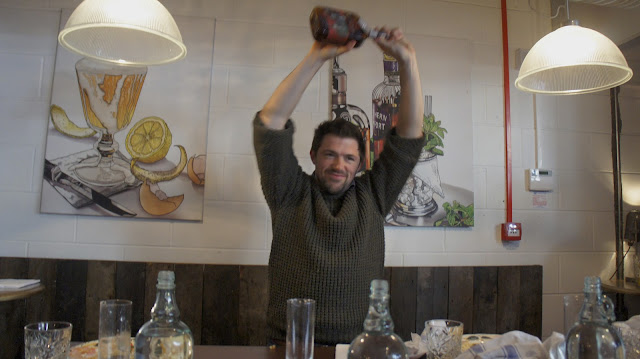 With the champion crowned we decided to order a few beers and carry on with the festivities. The Man Vs. Food challenge had been a roaring success and although I didn’t win, it was a good laugh being a part of it. I had better get back there soon and get training for the next one!